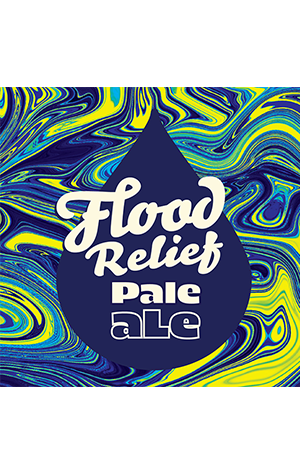 After devastating floods in Queensland and New South Wales brought a lot of destruction, heartbreak and uncertainty to the brewing industry and their communities, the ingredients suppliers at Bintani wanted to do what they could to support those impacted. Joining forces with Shelter Brewing, Wayward Brewing Co, Rocky Ridge Brewing Co, Bevy Brewing Co, Konvoy Kegs and EES Shipping, they brewed a special pale ale as a way to raise more than $30,000 for those in need via Stone & Wood's InGrained Foundation.

The keg-only release features Moutere, along with Kohatu and Taiheke hops, with the first of those Kiwi varieties leading the charge on the flavour front and while The Crafty Pint hasn't had the chance to try it yet, the brewers say it's designed with sessionability in mind. It means there is pronounced passionfruit and further tropical flavours from the hops while quite a crisp, lager-like finish, with the collaborators hoping it's a beer many buy a few of to help the important cause. Meanwhile, if you're a venue keen to get your hands on a keg, reach out to Shelter Brewing if you're in WA or Wayward if you're elsewhere in Australia.