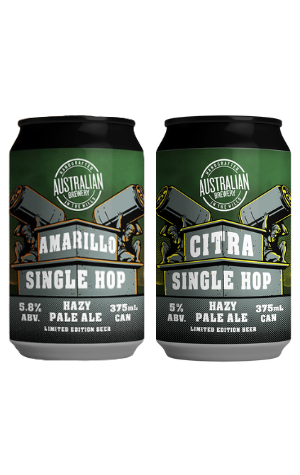 Five years ago, if a brewery released a series of single hop beers, they were likely to be bitter IPAs. In 2022, Australian Brewery’s series is built instead upon hazy pale ales designed to show the distinct hop characters. How times change. (“Mum, Grandpa is shaking his fist and yelling at the cat about beers again!”)

Despite its translucent look and its relatively full-in-the-mouth body, Amarillo Single Hop brings orange and spice without going full juice mode. Meanwhile, an East Coast ale yeast makes the haze happen, offers up a low level of esters to boost the fruitiness, and adds a slight earthiness to the mix. At 5.8 percent ABV, this one’s nudging into IPA territory (which goes a little way to negating my old man musing above… but not far enough!).

The brewery has also released a red IPA and Trans-Tasman XPA at the same time, which you can read about here.