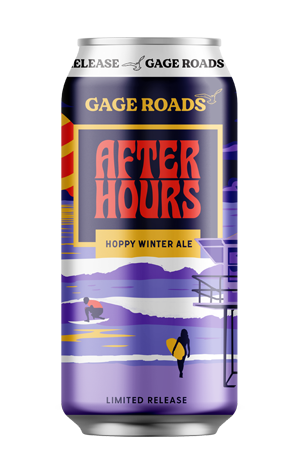 In what’s becoming an annual affair, earlier this year Gage Roads held a public vote to guide what would become their cool weather limited release. Last year’s winning choice led them to brew a breakfast stout infused with coffee from Twin Peaks Coffee Roasters, now set for rerelease; 2022’s digital show of hands, however, landed upon "hoppy winter ale". It’s a result that had this writer wondering what on earth that would lead to in terms of beer style, and just a little miffed the red IPA didn’t make the cut.

Personal preference aside, hoppy winter ale may well be read as the nom de plume for what the BJCP guidelines call American stout: opaque black – tick. Firm roast profile – tick. Bold use of hops – tick. In fact, the roast malt and green bine jewel characters which entwine in the glass may be the most forward offering from Gage I can recall since The Convict, although not at the latter’s intensity.

Still got lingering questions? Consider this a mature pub beer, albeit in a colourful 500ml can, that’s best enjoyed near an open fire – or as Gage Roads itself squalls past the dockside brewery.