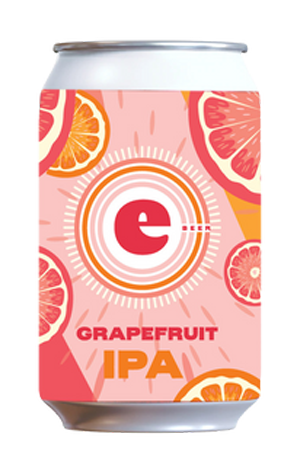 I remember when Aussie brewers first started playing around with fruit in IPAs, in many cases no doubt inspired by beers like Ballast Point's Grapefruit Sculpin. There's no reason not to remember, of course, as it wasn't actually that long ago. Yet, in the meantime, what seemed like a novelty – adding a considered amount of usually citrus juice and zest to a beer – has been somewhat usurped in the fruit beer stakes by the arms race to cram ever-greater grams per litre of fruit, or purée or extract, into beers that are, at least in terms of the sensory experience, nothing at all like traditional concepts of "beer", even if they are often quite delicious.

Exit, however, aren't the sorts to embark on such whimsical flights of fancy; sure, they like to play around outside their core range, but there's a reason beers such as their Milk Stout and Amber have picked up awards aplenty – they prefer to focus on making more classically-minded beers well. So when they decide to eschew a stout as their winter seasonal in favour of a fruited IPA, it's one they approach with balance in mind.

Even if they hadn't added ruby red grapefruit juice from Queensland, you'd no doubt have a fruity IPA in your hands thanks to the use of Citra, Idaho 7, Amarillo and Taiheke hops; with the fruit in play, this orange-hued and lightly hazy beer serves up an experience that's pithy and softly juicy on the nose then zesty on the palate. In Exit IPA fashion, there's a palate-coating bitterness, leaving you with something like a San Diego West Coast IPA with added grapefruit. Like the aforementioned Ballast Point, if you like, albeit with a more restrained sweetness.