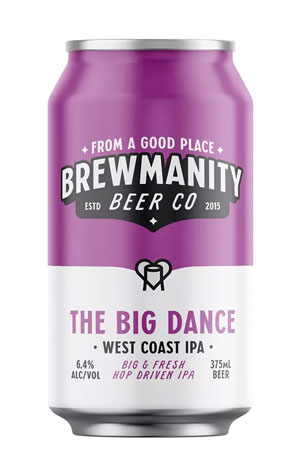 For their first foray into the world of IPA, Brewmanity opted to follow the path trodden by the American brewers that arguably did more than any other to bring the style to global prominence. Describing IPAs as "the grand final of craft beer styles", here they've combined hops from Australia and the States to create a West Coaster with some of the fruitier flourishes expected by drinkers in the 2020s.

Pouring a borderline clear copper, there's much of a piney / earthy vibe underpinning proceedings and infusing those fruitier, citrus rind elements. There's hints of bergamot / berries too in a somewhat oily liquid that's so lean – courtesy of the very present bitterness – it’s as if The Big Dance has brought its own Winston "The Wolf" along to carry out a clean-up job on your palate.