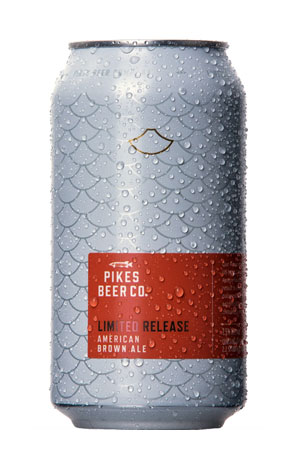 Clare Valley-based Pikes Beer Company have started making the transition from the darks of winter to something a touch lighter in colour for spring.

Their American Brown Ale blurs the lines between a red IPA and a brown ale, with flickers of red malts laying a backdrop for the hops – classic US Cascade and Chinook hops early on and Aussie-grown Vic Secret late in the ferment – to punch through. The Vic Secret fires off citrus aromas, largely grapefruit with a little orange, alongside a touch of pine amid the rich dark toffee flavours. The grapefruit once again shines flavour wise, working alongside that potent toffee and a little caramel malt sweetness. The bitterness is there but not overpowering, instead balancing the light sweetness the malt brings forth.

There's something for everyone in this beer with the 7.5 percent ABV still delivering for those in need for some warmth, and in the same mouthful enough hop flavours and aromas to satisfy the spring weather.