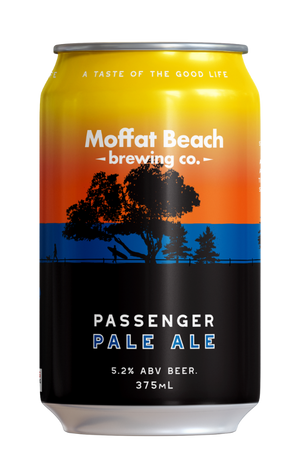 The Aussie beer scene shifted away from malt-driven American-style pale ales in the late 2010s, as ‘tropical’ and ‘hazy’ and ‘low bitterness’ seemed to take over everything with hops in it. Obviously the market called for it, but some of us are still grieving the change - and get a fuzzy feeling when we have a malty pale that survived the purge.

Passenger is one such pale. It offers up potent hop character in the form of pine, pawpaw, and bit of mango, but brings these together with a toffee and golden syrup malt sweetness that warms the cockles of your heart.* Throw in a zesty bitterness and you’ve got a beer that’ll treat you right, and won’t pressure you to change and become like everyone else.

*I just realised I don’t know the origin of this saying, so decided to look up the meaning of the word ‘cockles’. Safe to say I’m as confused as I was when I began.