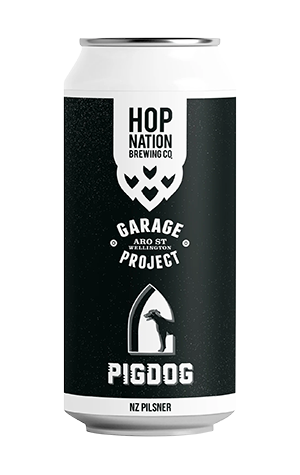 Hop Nation’s famed pilsner, The Rat Dog, has welcomed a fresh new pack member with the arrival of a Kwi spinoff, Pigdog. The New Zealand pilsner is a collaboration between the Melbourne brewery and Garage Project and while it largely follows the same traditional path Rattenhund, there's a modern and antipodean twist brought by Riwaka and Pacifica hops.

As someone who knows little about New Zealand culture outside Lord of the Rings and Taika Waititi films, it feels like the name is a tip of the hat to Hunt for the Wilderpeople but - and this is a massive stretch - could be a reference to this scene in The Two Towers. The dog itself is as sparkling and as balanced as the original hound and has both its floral and spiced undertones while bringing additional aromas and flavours of grapefruit zest and a topical touch.