They've not been holding back in any way at all when it comes to conceiving new beers over the past few years at 3 Ravens. Before heading off to become Senor Brewer at Moon Dog, the Thornbury brewery's former head brewer Adrian McNulty had been looking to brew beers that tasted like Pedro Ximenez or layering chillies onto barrel-aged beers. Since moving in, Brendan O'Sullivan has been taking things further still, not just creating the series of flavoured Berliner Weisse for sibling brewery Mash but… Read more
Pale Yellow 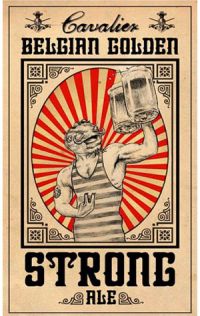 It's not like Cavalier Brewing to miss out on a party. Indeed, they'll often bring the party. And, in many cases, supply the beer too. So, with The Catfish in Melbourne celebrating its second birthday – and Cavalier telling us it's their favourite of all venues – there had to be a new beer. The Belgian Strong Golden Ale is one of four birthday beers (the others are from Mountain Goat, 3 Ravens and 4 Pines) that are being poured on the day of the birthday Poker Pub Crawl at various venues around… Read more
Golden Yellow 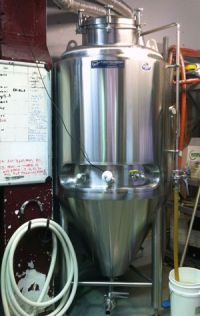 Ever since filling every other nook and cranny in the brewery with much bigger tanks, the Holgate Brewhouse team has been using the last remaining baby, Tank 9, as the place for trial and experimental brews. And, as an early Christmas present to his brewers, owner Paul invited the four of them to create whatever they wanted inside it as a break from brewing, mostly, Holgate's core range. Rather than go nuts and concoct a series of big, crazy beers they kept things pretty restrained. First up was… Read more
Golden 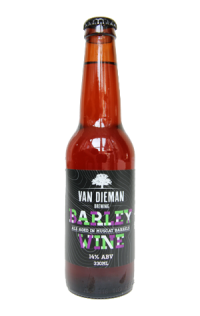 For the most part, Will Tatchell spends his time in the brewery creating pretty traditional brews that wouldn't have been out of place in the small English breweries where he learnt his trade. Then, every now and then, he goes and pulls something a little outrageous out of the hat. Perhaps most notable in the rabbit-from-hat category is the Hedgerow, an annual release that started out as a soft, fruity, malty ale featuring various ingredients plucked from the hedgerows of his family's farm that has… Read more
Golden

Edge of the Bay, Coles Bay Little Creatures Pilsner had always felt to us a little like the forgotten member of the brewery's family. The Pale is, well, the Pale, Rogers' has long been something of a cult classic among mid-strengths, Bright Ale has done plenty of heavy lifting in venues across the country over the years and got a refurb last year, while by virtue of being the newest member of the lineup, the IPA has been guaranteed coverage in the past couple of years too. The Single Batches and new Seasonals have found favour… Read more
Pale Yellow They may be a brewery, but you only need a passing interest in what they do to realise that music is very close to the heart of Young Henrys. They’ve been in bands, brewed with bands, brewed for bands, started a music festival, been keen advocates for local radio, helped launch albums and now they’re helping celebrate a bit of rock-related history. The book Highway to Hell, The Life and Death of AC/DC Legend Bon Scott was first published back in 1994 and has remained in print for each of the… Read more
Golden Step into a small brewery these days and you shouldn’t be surprised to see a barrel or two hidden away somewhere. Formerly used to house the likes of wine, whisky, rum and port, these vessels get given an afterlife by brewers keen to see what any residual woody, vinous or spirit flavours – not to mention any lingering bacteria – can do to their beers. But the barrel at the Nomad brewery in Brookvale is unlike most any other you’ll find. That much is immediately obvious because, in comparison… Read more
Rich Brown 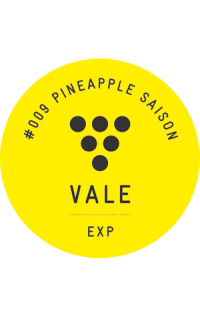 As sponsors of Adelaide's inaugural Cheesefest, Vale Brewing figured they should flex their muscles and create a new beer for the event. The result was a Pineapple Saison, the latest entry in their ever colourful EXP series of one-off, experimental brews. They'd been playing around with fruit additions to various saison brews on their pilot setup in Willunga, with the "fresh and acidic" pineapple juice one experiment that particularly took the brewers' fancy. With the Cheesefest over, kegs… Read more
Pale Yellow Last year, Hargreaves Hill added a third stout to their roster – kind of. In addition to the Foreign Extra Stout that forms part of their year round lineup and the annual beast that is their R.I.S. (Russian Imperial Stout), they had been ageing a spot of the former in oak wine barriques. Clearly, the operation proved a success as they decided to do it again. The beer was placed inside French oak last used for a Yarra Valley shiraz for a full 12 months, where it underwent an extended period of secondary… Read more
Black 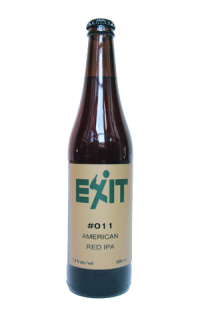 After darting from pillar to post (well, from yeast to malt to hops and back again) for their opening run of beers, the Exit boys seem to have settled into something of a hoppy groove as they move into double figures. Following #009 (the gluten reduced APA) came #010 (a West Coast IPA) and now #011: an American Red IPA. Their final brew at Cavalier's brewery now that they've moved in with their KAIJU! mates is one that looks to ramp up the hops and the malt (as well as coming with a message of loving… Read more
Red 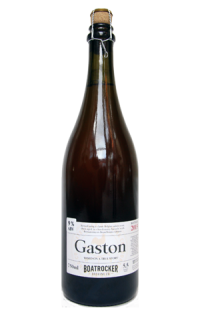 The last of the flurry of new beers released by Boatrocker around the opening of its Barrel Room is another barrel-aged beer. Like the Brambic we wrote about last week – and, we understand, all future bottled Belgian-inspired, barrel-aged beers from the brewery – it comes with a rather refined looking label, not to mention the cork and cage that's appeared on a number of their beers recently; packaging days must be lots of fun... It's also, for now at least, only available direct from the Barrel… Read more
Golden Yellow It's been a big few weeks for the Two Birds team. Founders Dani and Jayne travelled to the UK to brew a real ale version of their Sunset at Everards, returned to discover they'd retained their Champion Large Brewery title at the Craft Beer Awards and then found out their Sunset Ale had taken the Champion Beer at the Wetherspoon's festival in the UK, following in the footsteps of its sibling, Golden Ale. Yet they've still found time to continue with their collaborative ventures with their favourite… Read more
Golden Yellow In recent years, we've seen various versions – usually homespun such as this by 250 Beers – of craft beer calendars. The idea is that each day you open a box / drawer / door and inside is a tasty beer for you to enjoy as you countdown the days to Christmas. Now, continuing to plough their furrow as Australia's innovative packagers nonpareil, Bridge Road has gone and done it with real style. They've put together the Craft Beer Christmas Countdown: a properly packaged and suitably colourfully decorated… Read more
Red

Style
Fun
ABV
Various
Bitterness
Nothing bitter about this

Bridge Road Brewers – in person or via their online store Margaret River's Cheeky Monkey has become the latest Aussie micro to install a canning machine, with the technicians from Cask getting the line in place in time for summer 2015/16. Initially at least, they'll be available in WA only – just like the brewery's draught beers and ciders. The first three of brewer Ross Terlick's range to get the tinnie treatment are the Old Reliable pale ale, the Blonde Capuchin summer ale and Crooked Tales dry apple cider. For those unfamiliar with Cheeky Monkey,… Read more
Golden 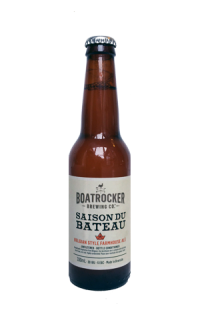 Given their growing popularity with Australian brewers and drinkers – and Boatrocker's love of all things Belgian – it's perhaps a little surprising that, two and a half years after installing his brewery in Braeside, Matt Houghton and his team still hadn't released a saison. There had been some teasers along the way – we seem to recall a brettanomyces saison making an appearance at a Good Beer Week event – but nothing on any grand scale. So now they're rectifying things with two takes on… Read more
Golden Yellow Eagle Bay's spring seasonal "Brewer's Choice" release is the Steam Ale. And, unlike what's probably the best known Steam Ale in the country – Mountain Goat's, which is more a pale, hoppy golden ale – it's a steam ale in nature rather than name. The term originates from the West Coast of the US, from a time in which brewers were producing beers without proper refrigeration, meaning they ended up fermenting beers containing lager yeasts – which prefer colder temperatures than ale yeasts… Read more
Rich Brown Talk to someone who’s grown up in Europe and they’ll no doubt be able to regale you with some of the oddities that come with spending the end of year festive season Down Under; instead of a white Christmas there’s scorching sunshine; instead of building snowmen people build sandcastles; instead of roasting chestnuts on an open fire you grill prawns on a BBQ. These sort of material differences lend themselves to the idea that traditional Christmas ales – those of the strong and spice-infused… Read more
Golden Yellow 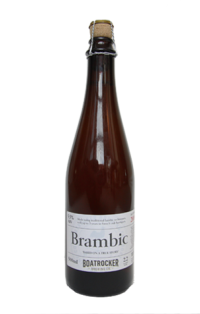 To mark the opening of the Barrel Room, Boatrocker has released the very first beer put through its brewery in 2013. The beer produced that day was transferred into French oak barriques from Yering Station winery since when various strains of Brettanomyces, Pediococcus, Lactobacillus and Saccharomyces have been allowed to develop. The aim was to follow as closely as possible the techniques of the traditional lambic brewers of Belgium. Given the name lambic can only technically be given to beers from… Read more
Golden

For their latest Little Raven* release, 3 Ravens decided to pay tribute to the Mexican Dia de Muertos (Day of the Dead) holiday. Each year, it's held in honour of the dead – a time for friends and family to celebrate, commemorate and farewell the souls of the recently deceased. Altars are decorated with “ofrendas” – offerings to the spirits to aid their transition to the next life – and adorned with marigold flowers (an Aztec flower of the dead) to attract the souls to the offerings. And… Read more
Pale Yellow