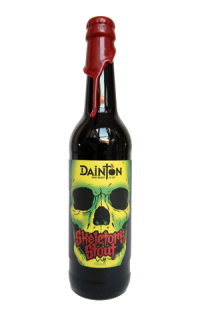 Dainton's first foray into the world of oak saw the brewery create a beery version of the Manhattan cocktail for their friends at award-winning Melbourne bar, The Everleigh. It now has a stablemate, albeit one that in conception is about as far from the home of Woody Allen films, 12-piece blues bands playing subway stations, Strawberry Fields and the "I NEED MONEY FOR WEED" guy as you can get. This time around, Dan Dainton swaps the avenues of Manhattan for the battlements of Castle Grayskull… Read more
Black They’ve always been a community-oriented bunch have the crew at Young Henrys. During their short lifetime they’ve seemingly been open to teaming up with anyone that happens to walk through their door with an idea. Back in March, they got involved with a competition when one of their favourite Enmore haunts, the Vic on the Park, asked them to help find the best local home brew. The winner would have their recipe scaled up at Young Henrys and see their beer pouring at the pub. The competition was… Read more
Dark Brown

Vic on the Park Stone & Wood's Garden Ale has been around in one form or another as an annual release for a few years now, originally featuring juniper berries before being tweaked steadily over time. If you lived close to the brewery, you could get it year round, however. And now, as of August 2015, so can everyone else. The beer – always a sub-four percent ABV beer inspired by summertime beer garden quaffing, has joined stablemates Pacific Ale, Jasper and Lager as a permanent nationwide release, available… Read more
Golden Yellow Dan Dainton has a particular love of rye. It's in most of his beers somewhere and, now, in the title of two of them too. The Samurye is his first lager and, like his first commercially released ale, the Red Eye Rye, places his favourite (non hop) ingredient front and centre. Rye isn't alone in making up a left of centre grain bill in this lager either – white rice makes an appearance to keep things sprightly on the palate too. Samurye is to slot in from the off as part of the newly reworked and… Read more
Golden Yellow In October 2013, the team at Young Henrys teamed collaborated with Sydney coffee roaster Toby’s Estate to create the OkTobyfest, a bock style beer which used not only straight coffee beans but also utilised cáscara, the bean’s husk which, when dried, gives off fruity characters and is often used as a tea. Two years later the two have put their respective brewing skills together again on the Panama Mosaic, a coffee-infused rye ale. The coffee character this time around is more of a classic addition… Read more
Rich Brown Around the time of Good Beer Week 2015, there were a lot of international brewers flying in and out of the country and, while here, many of them took the opportunity to visit a local brewery or three to collaborate on a beer. One of those was a legend of the US scene in Bill Covaleski of Pennsylvania’s Victory, who spent some time at Nomad’s Brookvale brewery. What he had a hand in creating is a sort-of sequel to the Prima Pils, Victory’s very highly regarded take on a classic pilsner. Called… Read more
Pale Yellow British expats d'uncertain age may recall Wesley "Two Scoops" Berry. The American was a contestant on Gladiators and had a party trick that saw him able to jump, without assistance, over a car. Pretty impressive, no doubt. But as impressive as releasing a double scoop of ice cream themed beers in a two-pack bearing colours of lurid pink, orange and green? We reckon that could prove a leap too far for even Two Scoops. But for the mentalists at Moon Dog? No Biggie. It's the second time they've… Read more
Rich Brown 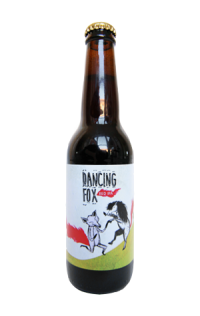 Four down, six to go. As Red Hill Brewery looks to mark a decade of brewing with ten one-off red beers, they've already ticked off a saison, Belgian style tripel and smoke beer. And for number four it's IPA time. Red, of course. Or, perhaps more specifically: deepest, darkest red. It's tagged as an English IPA, albeit one that's at the upper boozy reaches of the style at 7.5 percent ABV, and is a beer that tips a wink to those they most loved while living in the UK as well as to the "crafty… Read more
Red For lovers of big black beers, there are few that can compete with the very big and very black Hargreaves Hill RIS (Russian Imperial Stout). What's more, for the 2014 release they've even added a black wax seal atop the very limited number of 10.8 percent ABV beers. As for what's inside them, the brewers tell us it's "smooth and rounded", the result of being held back in the brewery for an extended period to allow it to mellow, with its roasted characters joined by "elements of chocolate… Read more
Black You don't see too many smoke beers around Australia, despite their unique charms and suitability for pairing with such a wide range of foods. As the success of 3 Ravens Dark at the 2015 Perth Royal Beer Show shows, done well they can excite even the toughest critic's palate too. Whether Bright's decision to brew one was sparked by a love of the classics originating in Bamberg, Germany, or the fact there's a small town nearby called Smoko we don't know. What we do know is that Smoko is the beer that's… Read more
Golden 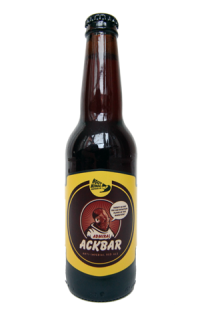 Sibling breweries Fortitude and Noisy Minor have been one of the standout successes of the beer revolution in South East Queensland. Perhaps most notably, they've seen multiple beers score highly in the past couple of Local Taphouse Hottest 100 polls; this year, they had three beers in the top 14, a remarkable achievement for a young brewery whose beers were, last year, only regularly available in Queensland and New South Wales. But anyone who's tried their full range would readily accept it's one… Read more
Red The term ‘Stunt Beer’ is an apt descriptor for Shenanigans’ ever-expanding series of one-off releases. Where a regular beer is the motorbike jumping the ramp and landing safely, Stunt Beers are the ones ridden by a flaming rider jumping through a hoop of electric eels and over a shark tank without you knowing exactly how it’s all going to turn out. They essentially take something pretty normal and throw something more exciting into the mix. In the case of the latest release, the Hoppy Gonzales,… Read more
Rich Brown

The Henson (on tap and in the new bottlo) 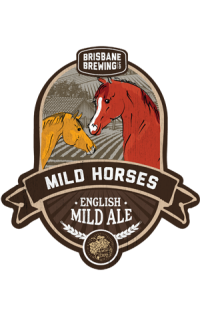 One imagines that, over time, Blackman's Brewery will become as well known for its lagers as any other beer. Not only are they one of very few small Aussie breweries that genuinely likes to make them but brewer Renn Blackman's history, including time at Camden Town Brewery, means he brews them damn well, as anyone who's become acquainted with his (now bottled too) Unfiltered Lager will attest. But, having concocted a few for Good Beer Week, when it came to choosing a beer to mark the Torquay brewpub's… Read more
Black It's adjunct time at Six String on the Central Coast, with the two most recent limited release beers to leave the brewery packing more than water, hops, malt and yeast. One was their entry into this year's GABS festival, the other is a hook up with a local coffee roaster. The GABS beer is the Mor Lam IPA, a beer that brings some of the flavours and aromas of Thailand to bear upon an IPA, namely kaffir lime, coriander and lemongrass. The result is an IPA that will fit snugly in the love-it-or-hate-it… Read more
Rich Brown

The Prince of Wales Hotel - Merewether Given the scale of the tap takeovers they've been embarking upon – 32 beers at Forester's; 33 in the forthcoming event at Keg & Brew – there's been much in the way of new beer coming out of WA's Feral. Indeed, there are four new, draught-only beers available now at said takeovers and wherever else they're requested. And, being Feral, they're all rather different. Knuckles is a collaboration with Freo coffee roasters Darkstar: an American style pale ale infused with their beans. We're told… Read more
Rich Brown When a brewer leaves a much loved brewery, there’s undoubtedly a lot of pressure on the successor to step into the role seamlessly, maintain the quality of the beers and ensure things carry on as smoothly as possible. But from the new brewer’s perspective, along with that challenge there’s surely also a desire to stamp their own mark on proceedings. At Riverside, following the departure of brewery founder Dave Padden late in 2014, Craig Deacon and Damian Iowa stepped into the void to share… Read more
Red 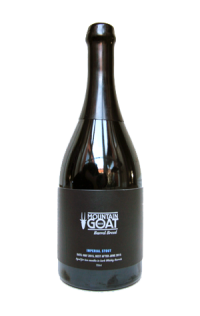 Shortly after Mountain Goat's first Barrel Breed release was named Champion Australian Beer at the Australian International Beer Awards, someone at the brewery told us they reckoned the beer that had followed the barley wine into the Lark Distillery whisky barrels for a couple of months – an imperial stout – had turned out better still. It's a view since shared by a second person associated with Goat, so it's fair to say expectations were high for this 12.1 percent beast; better than the best?… Read more
Black

We'll add others if we're informed of more What do you do if you're desperate to get your hands on a particular beer but, to the best of your knowledge, that beer doesn't exist? For most people, your best hope is to keep hunting or to try your hand at home brewing. If you run a couple of popular beer venues, however, you could try to lean on a friendly brewer. And that's what Matt Heron, who manages the two Brother Burger & The Marvellous Brew venues in Melbourne did, calling on one of his favourite Australian brewers to help him achieve… Read more
Rich Brown To help them reflect on the best of the year just gone (and it has been a rather good one), for their first birthday the team at Modus Operandi are tapping a special treat in the form of a Russian Imperial Stout. Or, rather, two of them. The original beer was brewed six months previous before being divided in two, with some going into Bimbadgen Estate port barrels and some going into Lark distillery whiskey barrels. Having been torn apart, left sitting around for six months, wondering what to do… Read more
Black