There's been much debate about the term "session IPA" in the beer world. It seems that a lot of people get rather hot and bothered about what it means, whether it has any validity or is just a marketing swizz, and that the cause of humanity would be advanced if the two words were never uttered in unison ever again. Seems to us there are more pressing matters to get worked up about but if we were to just assume that session IPA is here to stay as a descriptor then what should it be? We'd… Read more
Golden Yellow The Royal Albert Hotel and Modus Operandi seem to be getting on rather well. The former has been pouring one or another of the latter’s beers almost every day since MO started exporting beyond Mona Vale and into Sydney proper. The Albert is also the only place outside the brewery to have one of Modus’ infamous CANimal machines behind the bar. If it wasn’t clear that these guys are already BFFs, they’ve now gone and made a beer together which, in brewing terms, pretty much means they’re… Read more
Dark Brown 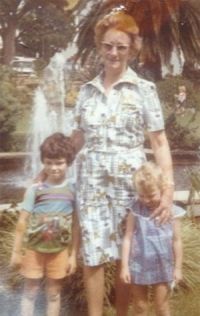 Young Henrys Esther’s Ale is named after head brewer Richard Adamson’s grandmother Esther who, come St Patrick’s Day 2015, would have been turning a grand old 99 years of age. In true St Paddy’s style, Esther’s Ale is a stout, but in true Young Henrys style it’s no normal stout. Developed by young brewer Agnes as part of the Young Henrys’ program which sees all their up and coming brewers create a recipe for commercial release, this is a Red Velvet Stout. Now, aiming to get the flavours… Read more
Black So, a brewer, a motorcycle company owner, a tattoo artist and a promoter walk into a bar... But this is no dumb joke, it’s the cast of characters who conspired on the latest collaboration brew from Murray’s. The beer is called Scratchley’s Itch, a play on Fort Scratchley, the historical and iconic Newcastle fort which dominates the entrance to the Hunter River. In a similar vein to Stone & Wood’s Mash Collective offshoot, the creation of Scratchley’s Itch brought an array of people… Read more
Pale Yellow First there was Bling. Then came Bling Bling. Next up was the new, improved Bling. And now there’s Little Bling, as Bridge Road adds a third blingy string to its roster of IPAs (not counting the rather lengthy list of single hop IPAs, such as Galaxy, Summer, (St)Ella, Vic Secret, even Pride of Ringwood, of course). The Little Bling is, as the name suggests, the smallest of the Bling family but equally eye-catching in its choice of clothing, opting for a mildly hallucinatory skin of vision-wobbling… Read more
Golden It was unusual, considering how much Australian drinkers love their fresh, punchy and hoppy beers, that The Australian Brewery declined to brew any form of New World IPA for so long. Perhaps even more so that, when they did finally relent in 2015, they opted for a Session IPA. But they had good reason as the original version of this beer was constructed in consultation with some Sydney bartenders who were after a post-work quencher in the realms of an IPA but without the accompanying high alcohol.… Read more
Golden 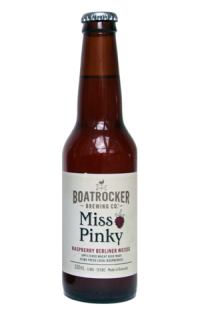 The sour German beer style Berliner Weisse is proving rather popular with Aussie brewers these days. First released on a relatively wide scale by Feral in the guise of their Watermelon Warhead, it's been attempted with varying degrees of success by many brewers since. And it looks like Braeside's Boatrocker is making a stab at becoming something of a Berliner Weisse specialist with Miss Pinky becoming its third in March 2015 on the back of the pretty regularly released Mitte and the Orange Sherbet… Read more
Red Hawkers co-founder Mazen Hajjar is a man never shy with his opinions. And among those many strongly held opinions is that his IPA is his favourite of the Hawkers core range. You can see where he's coming from; having stepped up the hop aromatics a touch from the first batch, the brewing team has ended up with a beer of both depth and sessionability. Based upon the same three hops as the pale, but within a very different structure, it possesses pleasant enough grapefruit, passionfruit and pine aromas,… Read more
Golden 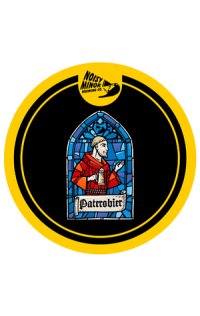 It's hard to come across a Belgian style beer bearing the name "Pater" – especially one with a stained glass window for its label – without thinking of possibly the most inappropriate label to appear on a beer: that for Beer Here's delicious Malus Pater. This one is far more tastefully decorated with the brewer's notes telling us: "Patersbier means 'Father’s Beer' - the beer the monks drink at their table after a long day brewing dubbels and tripels. It is lighter in alcohol… Read more
Golden Yellow Maybe there's good reason we have a soft spot for Hargreaves Hill head brewer Kai Damberg's loquacious tasting notes. Having had a taste of this beer when it made a pre-launch appearance at The Alehouse Project for Craft Beer Rising, we sent an email to the brewery's rep asking for more info so we could post this listing. In said email, we described the beer as "spritzy", a word that, according to proper dictionaries at least, doesn't exist. Through came the tasting notes: "A light,… Read more
Pale Yellow "Another new saison variant from La Sirene?" you ask. Well, yes and no. For some time now, the beer bearing the name Saison from the Alphington brewery that you may have seen on tap has differed from the bearing the name Saison in bottle. When putting the original 6.5 percent beer into kegs, head brewer Costa Nikias couldn't get the results he wanted in the same way so he reworked the beer to pour as desired on tap. The result was a different beer with a lower ABV and now he's decided to… Read more
Pale Yellow

Then appearing at other good beer venues in Victoria, Tasmania and Queensland 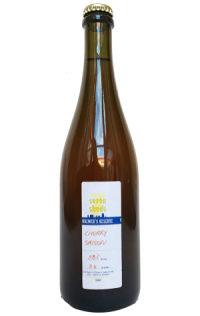 Brewer Neal Cameron's take on the French / Belgian farmhouse style crosses borders by blending French and Belgian yeasts to create a suitably complex beer – one with a big character too. For while the saison style is one that's typically subtle and not "big" in the sense of, say, a hopped up IPA or big stout, this one holds little back. The aroma coming from its towering, fluffy white head is awash with herbal characteristics, and with green peppercorn and clove too, while the malt sweetness… Read more
Pale Yellow 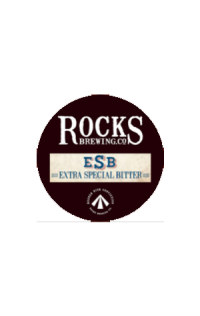 To mark the first year of having their own brewery (with splendid accompanying venue) in Alexandria, Rocks held a party. And they brewed a new beer too. That beer was the Conviction ESB, the abbreviation standing for the British beer style Extra Special Bitter. According to the brewers, it was very much with the UK tradition of knock off pints in mind that this beer was designed, to wit: "The knockoff bell chimes; it’s time to head down to your local watering hole for a pint of ale. The eclectic… Read more
Red The year 2015 is shaping up to be the year of the humorous and punny beer name for Aussie brewers. We've had the likes of Full Metal Anorak, Stupid Sexy Flanders and Bad Boy Bubbly in recent weeks and now the Two Birds are at it. They've created a new beer to be launched at their Craft Beer Rising party on February 28 (then go out further afield beyond that) called Rice, Rice, Baby – complete with cartoon Vanilla Ice on the decal. There's no vanilla. No ice. No mid-brew change of direction from… Read more
Golden Yellow Winston, Shenanigans’ pale ale and only regular release, impressed a lot of people in 2014, ending up on several ‘Best of’ lists (including ours) and putting in an impressive debut showing in the Hottest 100 Australian Craft beers poll. Perhaps as something of a reward, it’s now been given the royal treatment. Imperial Winston isn’t so much a reworking of the original, but rather a literal doubling: twice the amount of hops have been used, which is quite a lot when you consider how hoppy… Read more
Golden Yellow The biggest and baddest of Brisbane's Green Beacon's beers is back for a third round of heavy-hitting, hop forward action. The Uppercut is an ever-evolving beast with its exact makeup changing round by round according to the brewer's whim, but "always bold, always courageous. The latest, draught-only release pours a bright gold with the brewers aiming for the "big hop aromas typical of classic West Coast IPAs". As such, the malt side of things has been kept lean to "let the hops… Read more
Golden Yellow As a way to announce yourself to the world, Hawkers' first beer did a pretty good job. Released on a Thursday, voted People's Choice Best Beer at the Great Australian Beer Festival in Geelong on the Saturday. It went on to sell faster than any beer in history – by a rate of two-to-one – at local bottleshop / bar Carwyn Cellars and the first 15,000 litres was sold out within 20 days. The beer itself is an American style pale ale and one that aims for the punchy character of the APAs you'd find… Read more
Golden Yellow