While Red Duck do have some hoppy beers in their range (the Bengal IPA, Hoppy Amber, for example), they're generally a brewery that explores the beer world in other ways, whether with malt-led numbers, experiments without hops or blending meads and strong ales. With this one beer they could be seen to redress the balance in one fell swoop. Concocted with 25 different hop varieties in conjunction with visiting Danish brewer Anders Kissmeyer earlier in the year, it's a nigh-on ten per cent Imperial… Read more
Pale Yellow

Word on the hopbine suggests 3 Ravens will live on, despite earlier fears, with a white knight on the distant horizon. Should that not prove to be the case and were this to be the final special release from the Thornbury brewer it would be a fitting farewell. A year in the making from the time of its brewing followed by a few months in barrels also used for beers such as the Double Ale Noir, it has now been deemed ready for release, following an early taster in cask form at Good Beer Week's Bull… Read more
Black

This year saw a change in direction for the Byron brewers' annual stone beer. Sure, they still pulled out the same stones from Fiji and heated them in a wood fire on the driveway outside the brewery. And they still lifted them, when white hot, into a metal cage and lowered them into the brew to let them work their caramelising magic. But elsewhere, it was all change with an all new recipe that saw the beer become a much bigger affair. That it's a new beer is apparent from the moment it hits the glass:… Read more
Dark Brown

Things are getting dark on the peninsula. Very dark... as AG prepares to unleash the Mornington Peninsula Russian Imperial Stout around Australia. The third in the brewery's imperial range - all of which will be packaged together from August for those of you who like your beers big - it's "deep espresso in colour with a thick, tan head" says the man behind it. He add: "Enticing aromas of coffee and dark chocolate lead into a complex and moreish palate. Liquorice, cocoa and dark fruit… Read more
Black

Over the past week or so, we've been interviewing some of the country's leading brewers about barrel aging. We were told that one of the effects is to allow oxygen to slowly come into contact with the beer, which - in the case of beers such as stouts - can have the effect of softening the roast characters and lending the beer more caramel notes. Whether it was coincidence or not, the latest release of Moo Brew's Vintage Imperial Stout then landed in our hands and may as well have announced: "Here's… Read more
Black

The original Black Lung was quite possibly the Crafty Pint's pick of the Moon Dog beers to date. The sequel sees them replace the bourbon barrel aging with whisky instead and it's instantly apparent that the beer has picked up far more character from its time spent inside wood than the previous iteration. Considering it's been blended with an unwooded batch of the beer, one can only imagine how the unblended version must have tasted - like licking the inside of the barrel itself, perhaps! The intensity… Read more
Black

Bridge Road has concocted some fantastic beers for its birthday releases: a barrel-aged Imperial Porter, a black saison and the B2 Bomber among them. The last of these is probably the one that caused the most excitement among the craft beer cognoscenti, a melding of a Belgian yeast with lots of hops and dark, roasty malts. For the brewery's seventh birthday, it's been brought out of retirement and given a boost in the form of more hops. The result is the same utterly idiosyncratic nose that bamboozled… Read more
Black

Bottles can be ordered from info@bridgeroadbrewers.com.au

One of the more interesting collaborations of 2012 saw Goat team up with their mates at Seven Seeds to deliver a coffee IPA that was subtler than one would expect. Instead of using the coffee to add a roasty character, the beans were very gently roasted to instead impart fruity perfume that complimented the hops in the beer. It's back for 2012 with a tweaked recipe. According to head brewer Dave Bonighton: "This year we've used the Nicaraguan Finca Jaime Molina Montecristo bean. This is a coffee… Read more
Pale Yellow

Hell of the North

A winter seasonal from the Swan Valley brewery, this is described as "A wonderfully simple yet complex little beer made with Yahava Koffee Beans. It displays hints of chocolate, cocoa, soft acidity and the signature fresh coffee nuttiness in flavour and aroma." Relatively low in alcohol, it's only available on tap.… Read more
Dark Brown 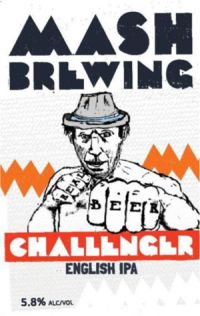 The clue's in the title... Challenger hops are a classic variety when brewing English style ales and this is just that, an English style ales brewed with lots of hops thrown into the whirlpool and more used for dry hopping. As well as the English hops, there are some Kiwi representative too that add some tropical fruits on the nose before the more typically British apricot and orange - plus some caramel malts - join in the fun.… Read more
Golden

Timing is everything. And there was certainly something amusing about the release of a spiced ale that's close to double figures for alcohol content coming so close to news that Lion - not a company known for its promotion of such esoteric fare - was planning to take control of 100 per cent of Little Creatures. While their Pale Ale has continued its successful charge across the country as one of the best craft beer converters, the Single Batch series has helped keep those at the more extreme end… Read more
Rich Brown

The 423rd IPA to be released by Mountain Goat in the past 18 months is possibly its hoppiest yet. The Hip Hip Hooray was brewed as a surprise gift for the brewery's bar and events manager Sam's recent birthday and is as punchy and full of character as the lady herself. The aroma leans more towards the hops more than any previous Goat IPA, with buckets of floral, tropical aromas in charge and the malt kept more in the background than their straight Rare Breed IPA. Hardly surprising when you consider… Read more
Pale Yellow

A Belgian style ale from the Swan Valley brewers that they're calling a "dirty blonde". We presume this is for all the right reasons, however, such as keeping it dirty (aka cloudy ) to ensure the beer retains its distinctive yeast character and the fruity esters that come with it. Look out for "an added spice or two which combine for an unmistakable Belgian nose" as well as "tart acidity" with the malts very much there just to keep things ticking along.… Read more
Golden Yellow

Among last year's impressive haul of Aussie brewed Imperial Stouts was Bright's Stubborn Russian. It was actually one of the lower ABV offerings of the haul, something that has been seen to for this year. In the words of brewer Jon Seltin, it's "black, bigger, badder" stands at 9.6 pr cent yet "is smoother and more integrated than the last release - a good sign that it's a winner is the fact that it's now the go-to beer for all our beer-geek bar staff," he says. This year's contains… Read more
Black

Bright Brewery (bottle and on tap)

They don't hang about at Mornington Peninsula Brewery. Since racing out of the traps less than two years ago, they've released all manner of beers into the Aussie beer world. And now here comes their first English ale. Word from the brewery is it's deep orange in colour and delivers "sweet malt aromas of toffee and raspberry, underpinned by an earthy hop bouquet". Intriguingly this is followed by "sweet marmalade and fruit bun flavours" plus some nuttiness and bitterness. Given… Read more
Golden

The 111 is named for 'our late comrade, Ron (Ronaldo Grossetti) Grossâ? - one of the original shareholders and great friend of the Lord Nelson pub. He died a few years ago and this beer was created in his memory. An English style India Pale Ale brewed with British malts and hops and dry hopped with Goldings and Target, the brewers tell us it's a 'full flavoured ale, copper in colour, with a mellow, rounded palate.â? … Read more
Golden

Does anything need to be said about this beer? The most eagerly anticipated of the Mornington Peninsula brewery's seasonal range and now brewed in larger amounts to try and meet demand (they never will!) is a beer that has been warming the cockles and exciting the taste buds of Aussie craft beer lovers for years and never lets you down. It's probably one of the most cellared beers in Oz too. If we can say anything about this year's, it's that we had some on tap at the Terminus and figured it would… Read more
Black Seven Sheds' full name includes the words "hop garden" and, should you visit, you'll find just that next to the cellar door. Willie his brewers use the hops grown there in a number of beers throughout the year, including one variety you won't find used commercially elsewhere: Leggett. It was one of the three trial varieties that went into the first ever Cascade First Harvest but never graduated to Hop Products Australia's commercial crop. These days, most of the annual hop harvest at Seven… Read more
Golden Yellow

It was time spent in the UK drinking real ales in British pubs that, at least in part, inspired the decision of Red Hill owners Karen and Dave Golding to embark on their brewing journey. So perhaps it's only right that upon returning from their latest jaunt around the UK that they should return with a new British beer. And how much more British can you get than a beer dedicated to old Queenie's 60 years in the top job? From the first whiff, it's a beer to transport you back to a cosy British pub… Read more
Rich Brown