Of all the breweries to appear on the Australia landscape in recent times, it's fair to say none arrived quite like Thunder Road. From its lavishly hi-tech brewery, complete with pimped up lab, to the decision to launch with a lager and go after the vast majority of Aussies not drinking craft beer rather than the early adopters – plus a trademark-related court case that garnered national attention – it’s an operation that’s marched to the beat of its own drum.

It’s the long-planned project of beer loving businessman Philip Withers, who’d fallen for the industry while touring the States – specifically while drinking Chuckanut’s Kolsch in Washington State – and for whom the Brunswick-based brewery is a return to his family roots.

Thunder Road launched its first beer, the Full Steam Pale Lager, in 2011. At a time when the majority of craft brewers in Australia were doing their best to distinguish themselves from mainstream beers, here instead they sought to offer something similar, albeit inspired by the pale lagers and pilsners of Europe (and Chuckanut) rather than the bastardisations that had come to dominate Australian beer-drinking culture.

In time, Full Steam was followed by the beer the brewery has since become best known for: Brunswick Bitter. Again designed as a beer not a million miles away from what most Australians were drinking, it spread quickly across tap points in Melbourne’s inner north, and has continued to spread, particularly since becoming the brewery’s first canned release.

None of which necessarily sounds like a recipe for a brewery that would pique the interest of ardent Crafty Pint readers. Yet, scratch the surface at Thunder Road and it’s a pretty fascinating beast.

While they have garnered little of the attention of the likes of Brunswick Bitter or Collingwood Draught (or, indeed, the Pacific Ale at the heart of the trademark case), there’s been a steady stream of more colourful releases and international collaborations. Head back to the very earliest days of Good Beer Week and you’d have found them releasing a triple IPA; since then, there have been various lagers of many an ilk, spiced saisons and more besides, particularly since they turned greater focus on the venue side of the brewery.

The beers have met with expert approval too: Thunder Road has entered the Australian International Beer Awards twice. On both occasions, in 2014 and 2015, Philip and his team walked away with the Champion Medium Australian Brewery trophy.

While, unfortunately, the brewery isn’t located on a real Thunder Road, it’s fronted by an historic bluestone cottage just off Lygon Street, in Brunswick, that offers further insight into the owner’s passion for beer (and history and collecting). Inside, when it’s opened to visitors, you’ll find a treasure trove of historical beer literature and memorabilia.

Of course, for most readers, your interest is more focused on the beers of today and, in the brewery behind, you’ll find a striking wooden bar lined with 10 taps in the shadow of the brewhouse. Those taps always pour the brewery’s core range and, thanks to the 400l pilot system, there’s room for the brewers to run wild to fill the other taps with one-off and limited release beers.

The venue only opened to the public on a regular basis in 2017, belatedly achieving one of Phil’s early intentions of running not just a production site, but a venue as well. In that regard, Thunder Road’s key focus is creating a space for locals, whether it’s the students who can still just afford to live nearby, or the countless young families who surround the brewery.†

The food is served from what must be one of the country’s largest, and shiniest, food trucks – one that looks like it’s been plucked from the front of a dive bar in America’s South that’s run by a man who so closely resembles Elvis, you’ll start to wonder if the King does actually live on. The focus of the truck’s industrial-grade kitchen is on pushing out the kind of food designed with beer in mind: sliders, wings or the humble dim sim.

It’s a situation that leaves no room for a packaging line, meaning all Brunswick Bitter intended for tinnies is brewed on-site then taken off-site for packaging, with Thunder Road’s bottle range also packaged locally elsewhere.

While the flagship Brunswick Bitter, whose insignia is found throughout much of northern Melbourne, and the brewery's spin on Pacific Ale are likely what comes to most drinkers' minds when they think of Thunder Road, it's worth delving deeper as, underneath, you’ll find a passion for Australian beer and, in particular, its history. Indeed, as lagers make a comeback within the craft beer world, a growing number of brewers release an approachable beer named after their home turf and many invest seriously in their labs, it appears the beat of Thunder Road’s drum is catching on.

†UPDATE 2022: The Thunder Road venue is currently closed to the public. We'll update this page once they reopen the doors. They’ve made a lot of different beers at Thunder Road Brewing but for many beer drinkers, it would be the blue sight of Brunswick Bitter that they associated with the brewery. In 2022, the brewery expanded the Brunswick banner by adding a number of new core range beers to their lineup Among them is this XPA, a clear and golden beer that uses the hop trio of Citra, Mosaic and Galaxy. Together, those three hops provide passionfruit, sherbety orange and stone fruit, while the beer’s quite light… Read more
Golden Yellow Dark beers might be closely tied to winter but many feel a bit more like year-rounders, beers you can enjoy in the sun or by the fireplace. Brunswick Black is such a beer, with the dark lager joining Thunder Road’s core range in 2022 as the Melbourne brewery broadened their Brunswick Banner. The draught-only release provides a rich swirl of chocolate and coffee while still remaining quite light and clean while finishing dry. It means you could do far worse than grabbing one to enjoy with a steak… Read more
Pale Yellow 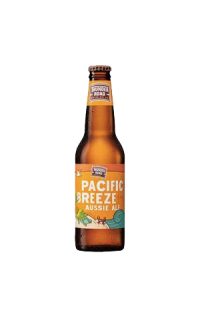 The first beer from Thunder Road when the brewery launched in 2011 was among the first signs they planned to do things a little differently. At the time, many of the new breweries springing up across the country were launching with punchy ales designed to differentiate them from the lagers that dominated the local landscape. With Full Steam, the brewery looked to replicate classic, European-style lagers instead. In that regard, it’s a beer that achieved what it was designed to do. It’s pale,… Read more
Pale Yellow The second permanent member of the Thunder Road range was launched at a family day at the brewery back in its earliest days and has gone on to become the beer's flagship, quickly gaining a presence in many of Melbourne’s inner suburban grand old pubs, before appearing in tinnies further afield. Today, the beers makes up close to 50 percent of the brewery’s entire production. Like the Full Steam lager, it's a beer designed to have broad appeal, with light fruity hop aromas, a little caramel malt… Read more
Golden Unlike the brewery’s original lager, with its roots in Europe, Collingwood Draught uses Australian aromatic hops instead of European varieties to create a beer that's a little fruitier than Full Steam, complete with hints of citrus. Despite that, it’s still very much a traditionally minded lager (it was initially a darker Vienna lager in its earliest days, if memory serves correctly) and, while not actually brewed in Collingwood, Brunswick is just down the road, right?… Read more
Pale Yellow Thunder Road's Brewhouse Series gives the Brunswick-based operation’s brewers the chance to explore colourful beer styles in equally colourful 440ml cans. Typically the brewery likes to send them into the would in a flurry, as is the case here as numbers seven to nine are released together. First among them is Rosé Saison, which pours an impressive pink due to the addition of native hibiscus alongside the wine grapes of the title. Despite the hue, it’s presents as a rather traditional saison,… Read more
Red Thunder Road might be best known for their down-the-line Brunswick Bitter but anyone who’s stepped foot inside the brewery’s Brunswick home in recent times would have been greeted by a whole gamut of beer styles. The brewery’s limited edition “Brewhouse” series is designed to showcase that diversity in the shape of brightly-coloured 440ml cans featuring a humanoid hop, and is being launched with a triplet of beers. The first among them is Bright Berry Fruit, a Berliner Weisse made with… Read more
Golden Yellow 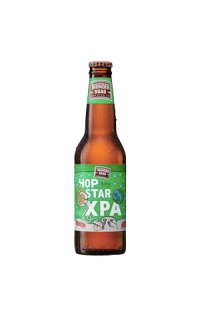 X has become something of a catch all term, there for those breweries looking to denote a beer with a little extra something, whether that be hops or alcohol content or colour. For Thunder Road, the X denotes a beer that’s bigger than your classic pale, while not quite as full bodied or hoppy as an IPA. That means it comes with a greater malt presence than many of the current XPAs on the market, though it does employ contemporary hop varieties to balance out the beer’s sweetness. Using a mix… Read more
Golden 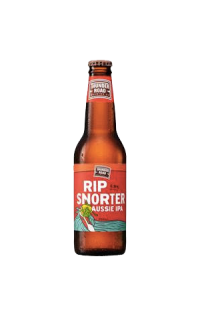 Taking inspiration from the many session IPAs Thunder Road's owners have enjoyed on trips to America, Rip Snorter is designed for those looking to settle in for more than one, weighing in just under 5 percent ABV. The aim has been to use predominantly Australian hops to produce what the label describes as "fruit salad, stone fruit and passionfruit", although they play second fiddle to the sweet caramel and biscuit malts that nudge the beer towards amber ale territory.… Read more
Golden Back when it picked up one of its back to back AIBA Champion Brewery trophies, one of the beers that collected a gold medal for Thunder Road was a Spiced Rum Dark Lager. It's back for autumn 2018 as a collaboration with The Rum Diary bar. Master Blender Daniel Monk created a special spiced rum for the brew, blending the venue's Caribbean rum with all natural spices of vanilla, liquorice, star anise, wattleseed, cacao and white oak. This was then infused with the brewery's interpretation of a German… Read more
Dark Brown