When someone asks the Brisbane beer scene at large: “I’m visiting Brisbane. What good beer places should I check out?” you can guarantee: “Go to Bacchus. You won’t regret it.” will be among the responses.

Named after the Roman god of strong drink (he’s often referred to as the god of wine, but we all know he’d love a good barrel aged stout if he could get his divine hands on one), Bacchus Brewing is a family-owned brewery and cellar door in Capalaba, 30 to 40 minutes’ drive from Brisbane CBD. But any Brisbane beer lover with a fondness for the weird and wonderful will tell you it’s worth the trip.

Bought by the Kenricks in 2010, the brewery’s previous life as a brew-your-own-beer business is the origin of the small but distinctive brewing setup. Six small steam-jacketed brewhouses (five single-keg capacity and one bigger system) give the brewers an agility and flexibility second to none. They’re able to brew up to 12 different beers a day, and they often do, punching out new beers, experimental beers, several variants on the same beer, tweaked recipes, super limited obscure beers and high-risk-high-reward beers.

On average, Bacchus brews four brand new beers a week. New style becomes trendy in the US? Bacchus is on it before anyone else… and then, in all likelihood, making many variants of the style. New Star Wars film comes out? Bacchus doesn’t make one themed beer, but six. A festival wants beers based on authentic medieval recipes? Bacchus doth provide ye olde goods.

A beer lover at Bacchus can’t help but feel like a kid in a candy store, if that candy store offered a range of candies varying wildly in style, strength of alcohol and levels of craziness and creativity. (OK, you wouldn’t have to be a kid to love that candy store.) At any given time, the 21 taps at the cellar door cover a number of styles; a general spread would include three easy-drinking beers, three pale ales, three IPAs, three dark beers on nitro, three beers on handpump, a farmhouse cider, a super low alcohol beer, and four "You did what?"s.

There’s also an expansive bottle list for takeaway (or to drink in at takeaway prices), with IPAs, sours and dessert beers galore. Among the last of these, the Peanut Brittle Gose is always a crowd-pleaser, as is the infamous Sex, Drugs and Rocky Road, both past GABS beers, a festival at which Bacchus has fared particularly well over the years.

While the bottle – now mostly cans since they made the switch in late 2020 – list and 13 rotating taps give Bacchus its reputation for indulging customers with more new beers than you can poke a stick at, the remaining eight taps are fixed; regular customers who want the simple pleasure of their standard beer at a local pub can find it at Bacchus. Because although Bacchus occasionally sells kegs and cans wholesale, the real focus is the onsite cellar door.

“The venue is absolutely paramount,” says owner Ross Kenrick. “We have a lot of fun just running this place. Being the small brewery in people’s local area.”

Ross is an expat Brit, and shows his love of his homeland with English pub style touches in the cellar door: the handpumps, the pool table and dartboard (found upstairs in the mezzanine area), the bowling pin lamps. Even the bar itself is an old bowling alley lane. And, of course, the big screen shows football (that’s soccer to us convicts) games at every opportunity.

The wooden wall of barrels up the back amplifies the pub aesthetic beautifully. Bacchus began its barrel program in 2011.

“I think we were the first doing barrel beers in Brisbane,” says Ross. “And we’re always looking at new barrels. They were dirt cheap for a while. I got some for free. And all the rum ones were $50. But every man and his dog wants them now, so they’re harder to get.”

Nevertheless, Bacchus has 36 barrels in circulation, each of which once housed bourbon, Scotch, rum, shiraz or chardonnay. Stacked five high on towering racks, they work their magic on the precious liquid within – some are fermenting ciders, Flanders reds and browns and lambics, while others are ageing imperial stouts, barley wines and black IPAs. Many of the dark beers are released together at the annual winter solstice event, Brumalia. And, since 2015, adventurous punters have looked forward to each vintage of Islay Reserve, a 16 percent ABV barley wine made with 100 percent heavy peated distilling malt and matured in Octomore single malt Scotch whisky barrels.

…but how are you still reading this? Go to Bacchus already!

If there's a beer trend taking off, there's a good chance Brisbane's Bacchus Brewing will be one of the first on board. One that's passed the envelope-pushers by is cans; until now, with the brewery making the switch this November.

Brewer's notes: Who'd have thought that white chocolate & pilsner would be such a good match, this beer is really unique.… Read more
Pale Yellow

In Australia, a brewery is charged excise taxes on all alcoholic beverages it sells. All? Well, anything above 1.15 percent ABV. And that’s what makes the Bayside Breeze so sneaky. This is a beer designed for the designated driver: at 1.15 percent ABV, you could have a couple of schooners of this every hour and still be clear-headed, under the limit and ready to roll at a moment’s notice. Understandably, it doesn’t have a lot of body; it’s impossible to get a lot of body when brewing a beer… Read more
Golden

We all know not to expect too much from a mid-strength beer… but it’s nice to have your expectations exceeded once in a while. This impressive pale is smooth, flavourful, balanced and rich in colour. At nearly triple the ABV of the Bayside Breeze, it also manages to pick up more than double the amount of body and flavour. It’s chewy, with soft melon and sweet malt aromas on the nose and Simcoe, Mosaic, and Citra hops giving a fruitiness to balance the golden syrup notes on the palate. Mick… Read more
Golden

Whatever your thoughts on American politics, American cars and American (insert anything else here), you have to be impressed with the American approach to good beer. The past few decades have seen the American pale ale play a huge role in shaping the baseline for good beer. But what happens when an Englishman makes an American pale ale? Ross Kenrick of Bacchus has taken the West Coast approach to hops, and the English approach of letting malt character shine in a pale ale (not to mention a few English… Read more
Golden

Light and bright in colour, and clear as white wine, this Australian representation of a German style is a study in subtleties. The aromas and flavours are delicate, with whispers of lemon and breadiness only just raising their heads. The mouthfeel is super smooth, showing low body, and finishing clean in the mouth. Nitro Kolsch is super refreshing, like drinking cool mountain water straight from the hills of Cologne. Do they have hills in Cologne? I don’t know. It’s OK to be a little ignorant… Read more
Pale Yellow

While this Pilsner is easy drinking, it’s in no way one-dimensional; the Bohemian pilsner malt and Czech Saaz hops have been paired with specialty malts and New World hops to create a new take on a classic style. Floral notes and citrus come into play in the beginning, with the more traditional spicy hop notes making their way to the fore towards the finish. A crisp, soft sweetness shows up in the fade out, and the light bitterness that appeared up front builds up as you keep drinking, slowly asserting… Read more
Pale Yellow

As the owners of Bacchus are Brits who moved to Queensland, it seems appropriate that Bacchus would make an English-style summer ale with Queensland malts, then add macadamia honey and wattleseed for a bit of local flavour. Galaxy hops bring lovely passionfruit aromas that translate to gentle flavours in the first sip. A punch of bitterness is tempered by sweet honey flavour, and also a nuttiness that fills the mouth in what's become one of the brewery's flagship beers. It's also Bacchus’ biggest… Read more
Golden

It’s nice to discover that, even though Bacchus has a huge spectrum of dark beers available, it doesn’t skimp on flavour with its regular oatmeal stout. It's a beer that looks like a giant shot of espresso: the light brown head resting on top of this beer is reminiscent of a rich crema, and the beer itself is wonderfully opaque. The aroma, on the other hand, is like warm chocolate cake, fresh from the oven. A silky texture pleases the mouth, spreading the roasty, coffee like bitterness evenly… Read more
Black

Keeping with its ethos of providing drinks to please all kinds of tastebuds, Bacchus has a cider available at all times. But keeping with its other ethos of being left-of-centre, Bacchus doesn’t just offer up any old cider that you could find anywhere. A blend of 95 percent apple and five percent pear, the Farmhouse Cider is fermented and aged in chardonnay barrels for six months, with a French saison yeast working tirelessly to bring interesting, slightly funky characteristics to the drink. The… Read more
Pale Yellow

When the New England IPA style first hit Australian shores, it didn't take long for seemingly every brewery to jump on board to have a go. Bacchus Brewing was one of the early adopters but, in true Bacchus fashion, just making one straight-down-the-line version wasn’t enough. The brewers tinkered with the style, pushing the boundaries in every direction: session NEIPAs, double NEIPAs, fruited NEIPAs… …and, eventually, single hop NEIPAs. Enter the Jukebox Jury series. Both the Mosaic and the… Read more
Golden 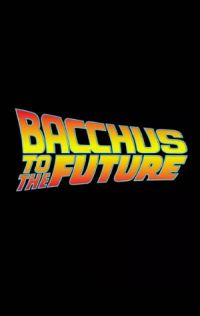