Few microbreweries in Australia have enjoyed quite the start experienced by Thirsty Crow. Just three months after opening the doors of its brewery, bar and restaurant in Wagga Wagga, founder and head brewer Craig Wealands found himself called to the stage at the Australian International Beer Awards. One of the first handful of batches he'd put through his brewery, the Vanilla Milk Stout, had just picked up the trophy for Best Hybrid Beer – not bad considering it's the second largest beer awards of its kind on the planet.

That said, Craig was no wet-behind-the-ears brewer enjoying beginner's luck. He was a local boy returning home after honing his brewing skills at Sunshine Coast alongside Ian Watson (who has since brewed at Murray's and a number of breweries in Brisbane) and Hunter Beer Co in the Hunter Valley. Even so, the Vanilla Milk Stout was his first stab at a milk stout, one to which he added vanilla from Madagascar, and has gone on to become something of a cult classic in Aussie craft beer circles.

It's one of a handful of beers that had a permanent home originally at Thirsty Crow's colourful Kincaid Street home before a move to a bigger venue. Among the others you'll find the trophy-winning gateway beer, Sporting Ale, 26-Fifty, a hoppily aromatic summer ale, and River Float, which I'd rate among the best APAs in the country.

For the most part, however, the taps showcase a rotating selection of beers brewed by Craig, brought in from mate's breweries or sometimes brewed by Craig and his mates at various breweries. Depending on when you call in you might find an imperial stout brewed with coffee from a local roaster or beers with local orange peel, chilis and, well, whatever takes his fancy.

It's an eclectic approach that is carried into every aspect of Thirsty Crow. The venue is also home to artisanal wines, craft spirits, amazing coffee from independent roasters, Australian owned soft drinks and regional juices; there's even a kid’s corner. The beer garden is dog-friendly, with water bowls and a dog bed.

As for the food, the kitchen likes to have fun, particularly when it comes to the selection of "craft pizzas" often based on ideas concocted in Craig's kitchen at home. Look out for truffle oil, smoked kransky and tabouleh, a 2am Kebab option or tuck into a full lamb roast (on a pizza). If you're a fan of pineapple on pizza, however, be warned: Craig isn't. So, faced by repeated calls for a Hawaiian on the menu, he created the Hawaiian Lava, complete with message: "ULTRA HOT! Do not order this pizza. It is too hot for you!"

Thirsty Crow hosts regular and lively events, usually featuring a table tennis challenge, and is fully involved in supporting all manner of initiatives in the local community. There might not be a huge amount of craft beer in Wagga, but with the Thirsty Crow to help you murder your thirst, you won't be left wanting.

Watching customers pull into and out of a servo in Wagga Wagga might sound like an odd way to spend a Tuesday night. But the Servo Bingo concept, launched by the Thirsty Crow during lockdown, is proving a hit.

Thirsty Crow So Good to See You 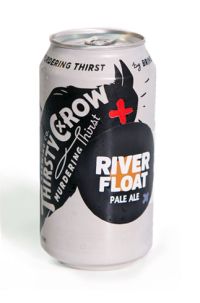 It might have taken them nine years to finally brew a pale ale, but when the Thirsty Crow brewers did get around to it they nailed the brief. They didn't attempt to reinvent the wheel with River Float, instead taking inspiration from the classic American pales that did more to change the face of beer today than any other. Malts from local producer Voyager are matched with Cascade, Citra and Simcoe hops from the US – and when I say "matched", I mean it. The caramel and biscuit-giving malts… Read more
Golden 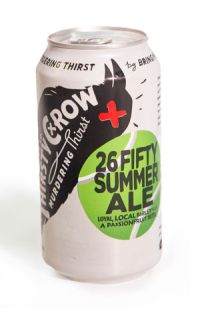 Taking its name from Wagga's postcode, this is a highly aromatic take on the summer ale style. Awash with tropical aromas from its New World hops – Galaxy and Amarillo – and esters from the yeast, it was first introduced for summer but proved popular enough to stick around all year.… Read more
Golden Yellow 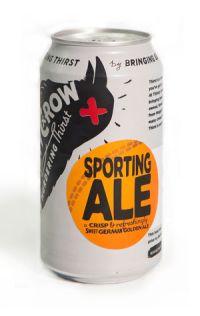 Thirsty Crow's best-selling beer and one of the first two to make it into bottled form is also the brewery's most approachable. Based on the Kolsch style and using a Cologne yeast strain, it's a light golden ale with soft apple and peach aromas. It was designed with sessions or craft newcomers' palates in mind but also found favour with expert palates too, scooping a major trophy at the 2015 Australian International Beer Awards not long after bring introduced to the TC lineup.… Read more
Pale Yellow 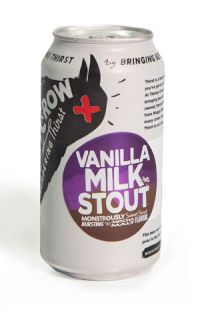 This beer was an instant hit for Thirsty Crow, collecting a trophy at the Australian International Beer Awards just weeks after the brewery opened. It was Craig Wealand's first stab at a milk stout, too, one to which he added vanilla from Madagascar until he got it juuuuust right. He's gone on to make imperial sweet stouts since, while the Vanilla Milk Stout has gone on to become a cult classic in the Aussie craft beer world, appearing in many aficionados' end of year "Best of" lists and… Read more
Black 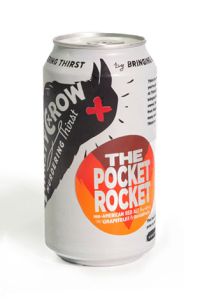 If you're a regional brewery in Australia then it pays to have a midstrength on your lineup. If you can make it a flavoursome little bugger too then all the better. Thankfully for the beer lovers of Wagga, Thirsty Crow has one of the best low ABV beers you'll find in the form of The Pocket Rocket – formerly known as Red Light. Multiple trophy-winning brewer Craig Wealands managed to concoct a rusty copper-coloured treat that skimps on neither flavour or aroma, combining specialty malts (these days… Read more
Red 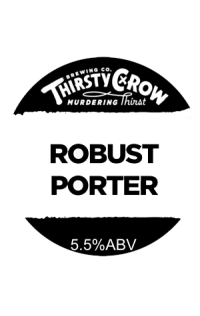 Thirsty Crow brewer Craig Wealands is well known for his dark beers. His cult classic Vanilla Milk Stout won him a trophy within the first few weeks of the brewery opening and his Road To Ruin espresso imperial stout is a beer Crafty Pint NSW would happily have as the only one left on the planet. His Robust Porter is less well known but is another fine drop. A blend of specialty malts lend it layer of roast, chocolate and caramel flavours before a bitter, drying finish comes into play. If you get… Read more
Dark Brown 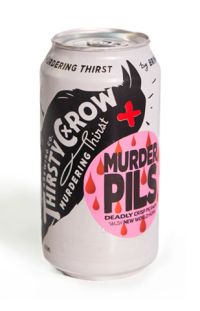 One of the brewery's semi-regular releases, this is a take on an unfiltered Bohemian pilsner. According to the brewery, there's "a strong focus on German hop varieties to give a firm spicy and floral aroma to balance the bready malt sweetness."… Read more
Pale Yellow 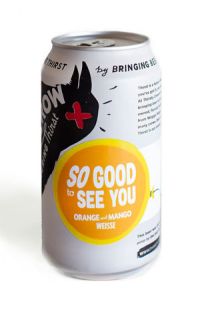 Thirsty Crow So Good to See You

For their tenth birthday in early 2021, Thirsty Crow marked the occasion with the launch of So Good to See You, an orange and mango Berliner Weisse that leaves little in the locker room. Cloudy as in the glass, it's mango that leads the way, with the orange additions more of a top note in a beer that's fruity, fleshy and with a textural bite from the fruit so grippy it almost feels like a hop-derived bitterness. James Smith… Read more
Pale Yellow