Clare Valley is one of Australia’s oldest wine regions, known for its grapes, vines, bike trails and Riesling. Thousands upon thousands of people from all over the world converge there every year to soak up the sunshine and indulge in some of the country’s best wines.

But, in recent years, the owners of the Clare Valley Brewing Co have been offering drinkers an alternative – challenging them to try one of their Valley brewed beers rather than another Riesling.

It was in August 2014 that the first keg of CVBC beer left the Clare Valley for Adelaide’s CBD, where it was rolled into the Gilbert Street Hotel and poured straight into punters’ glasses. Since then, CVBC has been building a reputation for producing beers that resonate with the burgeoning craft beer community, both close to home in SA and, on occasion, during forays interstate.

Having established a foothold in the industry and developed a core range of beers, owners Adrian Henshall and Ben Jeanneret then spent a year from the middle of 2015 transforming the business. Out went the more traditional, heritage look with which they’d launched and in came a more contemporary one.

The result is a core range of beers that’s evolved from those of the first two years: a rich and malty, crimson-hued Red Ale, an Australian style Pale Ale and the “dark and brooding” Extra Stout that is a luscious Crafty Pint favourite. Joining them is an evolving lineup of seasonal releases that has included harvest ales, a Red IPA, a Smoked Porter and a Port barrel-aged stout that debuted in 2016.

The brewery itself is located in Sevenhill on a block of land owned by its sibling label Jeanneret Wines. It’s a marriage of convenience that allows them to share resources, such as water from a natural aquifer located 90m underground on the property, while being just off the Riesling trail allows the CVBC team to quench the thirst of weary riders.

The 1,200 litre brewhouse is something of a rarity, being of Czechoslovakian origin and constructed from copper. Initially, the brewers had a mere 6,000 litres of fermenter space to fill but this had more than tripled within two years. A state of the art bottling line arrived in 2015.

The Clare Valley Brewing Company is one that’s keen to be part of its local community too, often helping support amateur brewer associations and other events. Along with a focus on using local ingredients where possible, it’s helped the business gain traction for beer in one of wine’s true heartlands.

This looks set to grow following the opening in the first half of 2018 of an impressive cellar door shared by CVBC and Jeanneret Wines that offers stunning views across their picturesque home grounds.

Clare Valley's two independent breweries are giving beer tourists more reasons to head to the region best known for its wine, with Clare Valley recently opening the doors to its impressive new cellar door and a large visitor centre taking shape at Pikes. Having taken the decision to fade out their core range pale ale, the Clare Valley team was after a light 'n' hoppy replacement, one designed for easy quaffing on a hot day. Enter the XPA, described by the brewery as a "New World Pale Ale", which slots into their reworked range somewhere between the summer and red ales. One of the first two beers to be canned by Clare Valley, it's brewed with Ella, Vic Secret and American Cascade hops and registers at 5.2 percent ABV. Pouring burnt orange… Read more
Golden 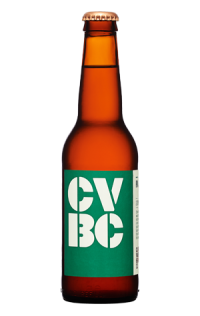 The inspiration for Clare Valley’s core range IPA came from a fresh hopped version brewed early in 2017. The fresh hops came from Mylor in the Adelaide Hills and the beer was so well received the decision was made to introduce it among the regulars. The revised version instead puts US hops Chinook and Mosaic front and centre in a beer that now sits alongside the brewery's Pale Ale and their Red Ale. It's a clear, vibrant deep golden pour, with a persistent fluffy white head from which you can pick… Read more
Golden In the hotter months, lagers and paler beer styles tend to find favour, while, in the cooler months, you'll find more people turning to the comfort blanket provided by darker beers. But what about those in between times? In the case of Clare Valley Brewing Company during spring 2017, a Red IPA was the answer – a beer that, weighing in at 6.9 percent ABV, is the bigger brother to their core range Red Ale. Deep orange to burnt copper in colour, it delivers melon and tropical hop aromas, supported… Read more
Red 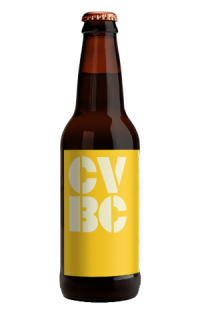 When South Australia cooks in searing 40 degree heat over summer, beer drinkers tend to gravitate to lighter coloured beers: lagers, pilsners, wheats, hefeweizens, bright ales or, in this case, a summer ale. Not really a style, perhaps, more a lifestyle beer – one suited to repeat visits on a hot day. As such, the Clare Valley Summer Ale was added into its core range after they realised their portfolio contained a lot of beers more suited to winter. It's a beer designed to be enjoyed while swimming… Read more
Pale Yellow 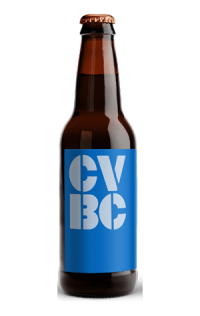 Clare Valley's Pale Ale is an Australian pale ale, by which we mean the more contemporary version: an American style pale ale using Aussie hops, as opposed to something akin to Coopers' Original Pale. The hops chosen are Galaxy and Cascade and they form part of a tight, hazy, light golden package. Indeed, it packs a bite bigger than most beers at just 4.5 percent ABV, with its sweet, biscuity, caramel malts joined by a bitey, earthy, drying bitterness.… Read more
Golden Yellow 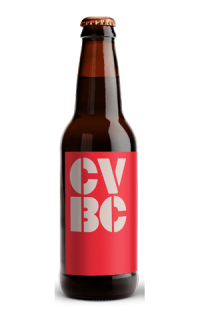 Back in its early incarnation, Clare Valley Brewing Co had a red ale in its lineup that went by the name of Ranga Tang. Following the rebrand, there's still a red ale in the core range, albeit with a more grown up and sensible name. What's more, the Red Ale is a more grown up beer too: bigger in every way (if memory serves correctly). It pours a ruddy russet colour and offers up a solid slab of maltiness: expect to tuck into burnt caramel, toasted malts and even a hint of coffee. It features a combination… Read more
Red 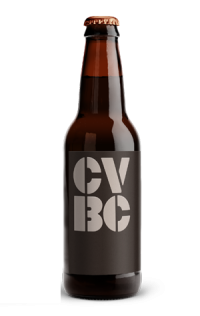 The jewel in the Clare Valley core range crown is the beer formerly known as King Kong. It was an appropriate name for the beer; at just 6.0 percent ABV, there are far bigger stouts out there but this one always punches above its weight – body and character wise. Indeed, in a state that's not short on good stouts (a legacy, perhaps, of having Coopers and Southwark Old Stout around for many moons), this is up there with SA's best. It pours with a full body that's both viscous and smooth, yet has… Read more
Black 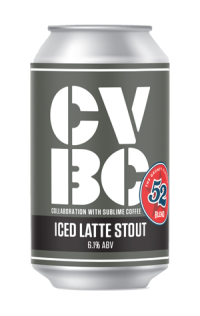 Clare Valley Brewing and Sublime Coffee are no strangers to each other, working through two previous collaborations that took the form of a Coffee Porter and Coffee Schwarz. Here, for a third year in a row, Sublime Coffee supplied the coffee, this time for an Iced Latte Stout. The 6.1 percent ABV beer welcomed a generous helping of Blend 52 roast coffee added in the kettle, whirlpool and the fermenter. More than a drop of lactose was also added to leave a touch of residual sweetness and creaminess.… Read more
Black The Clare Valley crew continue to explore the world of IPA with this late autumn limited release, upping the booze and doubling the hops and the haze in creating an 8.2 percent ABV double NEIPA. To ensure the beer was a hoppy monster, head brewer Damo used Cryo Hops: created by freezing hop cones with liquid nitrogen, removing the lupulin glands and creating a concentrated hit. They're typically used late in the boil or in the dry-hopping phase to impart hop flavours and aromas with limited bitterness. The… Read more
Golden Yellow Summer tropical vibes are pouring out of the Clare Valley brewery as summer prepares to transition into spring, with not one but two new limited releases taking a juicy approach to slaking your thirst: a 6.5 percent ABV single hop hazy IPA and a Berliner Weisse laced with mango. The Hazy Mosaic enters the glass a deep golden colour – hazy rather than murky – with a thin wispy white head. The Mosaic hop goes about its business well, with juicy passionfruit aromas so strong they're reminiscent… Read more
Golden Yellow 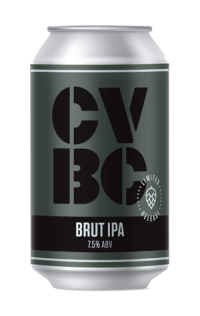 One of two IPAs released simultaneously by Clare Valley – the other being a NEIPA – this beer was created in partnership with Portland’s Migration brewing and opts for a grain bill of pilsner malt, wheat and corn grits in order to allow the hops to shine. The Brut IPA pours a clear, bright yellow with effervescent bubbles and a cloudy, peaky perfect white head. The aroma confuses the senses a little, offering a mix that sits somewhere between white wine and beer. Aromas more commonly associated… Read more
Golden Yellow 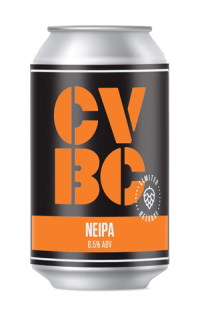 Clare Valley continues to showcase its growing fondness for limited release beers with the launch of two at once. It's a pairing that sees them playing around with two of the most recent IPA variants to catch fire, in the shape of a NEIPA and a Brut IPA. The NEIPA unleashes a tirade of hops – El Dorado, Ekuanot, Mosaic and Galaxy – upon a base of pale malt, wheat and oats to create a beer with trademark haze and fruit bowl aromas that stand up and punch the drinker in the face. The first blow… Read more
Golden 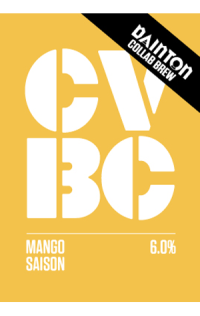 The return leg of a two-part collaboration between Clare Valley and Dainton saw Dan travel to the Clare region in South Australia. Considering the first leg was the big, dark, barrel aged Black Forest Russian Imperial Stout, this time around the brewers decided to conjure something more tropical and summery. The Mango Saison saw eight kilograms of Kensington Pride mango puree added late in the ferment with a Belle Saison yeast. Mango is extremely prevalent on the nose, with huge tropical, pure mango… Read more
Pale Yellow