We’d wager there’s plenty of folks out there who have been lured into the world of craft beer after being handed a new beer by a work colleague. For the couple behind Loch Brewery & Distillery, Craig Johnson and Mel Davies, their path to making beer followed that familiar path. Albeit with a whisky detour.

Like scores before him, Craig used to think of whisky as nothing but a good way to set your mouth alight until a workmate introduced him to higher end single malts. It was then that both he and Mel realised that their disinterest in the spirit stemmed from the quality (or lack thereof) of what they’d been drinking. The two of them became instant devotees of the spirit and set out to discover as much as they could. In 2010, this led Craig to Tasmania, where he spent time learning from Lark Distillery, the godfathers of the modern Australian distilling industry.

This in turn led Craig to brewing; after all, both whisky and beer start life the same way and to make good whisky you need to start with good beer. So, while the origin of Craig’s brewing was born from his love of whisky, beer soon became yet another devotion and both he and Mel knew their future would feature an equal mix of spirits and beer – with a particular focus on real ales when it comes to the latter.

It’s somewhat fitting then that they found their home in Loch. This small South Gippsland Village is a little over 90 minutes from Melbourne in the heart of Victoria’s dairy industry – picturesque and surrounded by rolling green hills. They purchased the town’s historic bank and adjacent butchery in 2012, converting the former into their distillery and cellar door and the latter into their brewery. The butchery was disused when it was purchased and, after refitting it, production soon started, with doors opening to the public in 2014.

The 1200 litre brewery was designed by Craig based on what he had seen on a research trip to the UK. Built by local stainless steel fabricators, the brewery is compact but somewhat unique, with a gravity fed mash tun and open top fermenters. Their core range of beer consists of traditional English style real ales: Best Bitter, County Ale (an English amber ale) and Dark Ale. Their limited release beers reflect collaboration with other producers, such as a Chilli Dark Ale and Chilli Oat Stout, loaded with Atomic chillies supplied by a local grower.

By comparison with the brewing side of the business, distilling is carried out on a larger scale, with six copper stills – the first of them handmade in Portugal – ranging from five to 1200 litres in operation (and with expansion underway at the time of writing). In 2018, the first of the Loch whiskies were ready, with the first batch selling out in a flash. Since then, they've started to slowly build up their stocks so a visit to the cellar door can quickly turn into an afternoon trying boilermakers from the same malt base.

As they waited for that whisky, the pair developed a Classic London Dry Gin. Considering they now have three gins stocked by the likes of Noma and Attica, as well as a slew of high end cocktail bars across the country, this looks like a wise move.

You'll find Loch beer at independent bottleshops and bars throughout Melbourne. And if you visit Loch everything is available from their cellar door, along with a chance to try a pint of hand pumped cask ale right next to where it was made. Anyone looking for a quick stop should be warned, however: the two can be easily encouraged into technical discussions on exactly how their beers and spirits are made and talk excitedly about their love for the region.

Indeed, the importance of their locale is something of a running theme for the brewery; while their limited release beers often showcase local ingredients, they’ve also become something of a supplier to other local business. Nearby bakers, farmers and cheesemakers use Loch’s beer in their products, suggesting the area has embraced the brewery and distillery with open arms.

With a combination of white spirits, whisky and beer all rolled into one, anyone with a love of all things booze is likely to be just as impressed.

Australia's craft spirit industry is enjoying a rapid rise not dissimilar to that enjoyed by beer in recent years. The connections between the two are strong, particularly at a growing number of breweries that are distilling in house.

The rise of craft brewers and distillers is creating ever more chances for cross-pollination. As Wolf of the Willows launches its Barrel Exchange Program with Lark, we speak to them as well as the small Gippsland operation blending boozes in house. 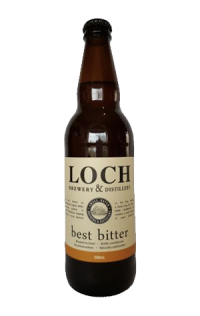 If you're going to take the real ales of England as your inspiration, you've got to have a bitter in your line up. And Loch does: a Best Bitter, no less. To those who've not visited the UK and are familiar with the term "bitter" as something to describe a sensation or taste, in the parlance of the English beer drinker it refers to beers that are typically golden or paler in colour and offer a little caramel malt, some fruitiness from the yeast, but mainly a broad, often earthy, drying bitterness… Read more
Pale Yellow 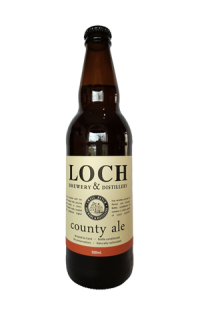 If you spent any time living in the East Midlands region of England as a real ale drinker in the last century, you'd have been familiar with Ruddles County. The beer was the best known of those brewed by the Ruddles Brewery in Leicestershire and, after ownership of Ruddles moved to ever bigger brewers, become one of the more widely available ales across the country, albeit with the recipe changing as the location at which it was brewed moved. The original County was relatively high in alcohol for… Read more
Rich Brown 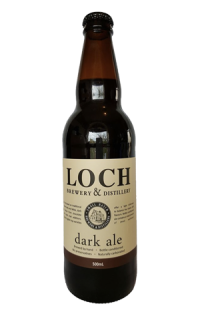 Head back far enough and pretty much all English ales would have been dark to one degree or another. From brown ales were spawned beers such as the London Porter, from which stronger versions became the new category of stouts, while heading in the opposite direction a drink – typically younger in its early days but now usually referring to milder in strength – called mild developed. Thus, even without taking into account the subsets of brown ales that followed in the UK (and have since been souped… Read more
Dark Brown If you’re going to make both beer and whisky under one roof, these two beers feel like something of a logical conclusion. The twin 750ml imperial stouts from Loch Brewery & Distillery both started off identical before one was poured into a cask that had been freshly emptied of Loch’s own whisky. It makes the releases a rarity; while many breweries are barrel-ageing, few can use their own whisky barrels to carry out the ageing process. The unoaked Imperial Stout sits at 8.7 percent ABV and… Read more
Pale Yellow 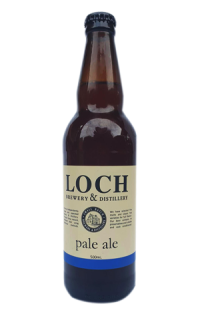 It’s not often you’ll find a pale ale like this released by an Australian brewery. At a time when pales seem to be getting, well, paler and paler, it’s an outright rarity to get your hands on one that’s this dark and so malt heavy. But Loch Brewery & Distillery approach beer a little differently and are far more inspired by the traditional brewers of England’s Midlands region than those of America’s West Coast and by the hops of Kent than those from the Pacific North West. Thus Loch’s… Read more
Golden It takes something to stand out from the crowd in the ever-busier local beer world, but Craig and Mel at Loch Brewery & Distillery in South Gippsland manage to. Not only do they brew English style beers and produce gins, gin liqueur and whiskies but they've been blending their various wares too. These two Boilermaker variants – of which you can read much more here – are, in many ways, a summation of their story. Both take their stouts and add a portion of the new-make malt spirit with which… Read more
Black Loch is a brewery and distillery located in the old bank and butchery in the Gippsland village of the same name. The family that runs it has released an Oatmeal Stout in the past and in 2018 added a few other dark beers to the mix. We'll be running a story on the various ways in which they've been combining their two passions – brewing and distilling – soon but, first, two of the more traditional dark beers added to their roster this year... The Stout is of the dry kind, much lighter on the palate… Read more
Black 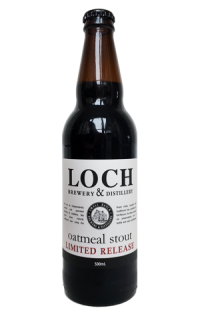 At least until their range of boilermakers and barrel aged beers are ready to roll, don't go expecting anything too wild to come out of this most traditional of breweries (and distilleries). Even then, we shouldn't expect to find anything too unusual in Loch's beers, just experiments to see where you can take flavour with little more than old school hops, malt, water and yeast – and a spot of oak. Thus, for its 2017 winter seasonal, Loch has released an update on its 2016 winter seasonal: an Oatmeal… Read more
Black 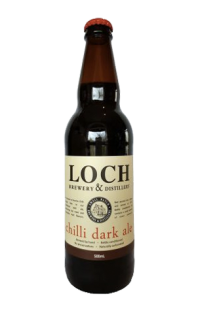 As Will wrote in the main brewery description, Loch has been developing a relationship with local Gippsland producers, both in terms of those producers using their beer and them in turn using local ingredients in their beers. One such beer is this limited release Chilli Dark Ale, which takes their Dark Ale as a base and then loads it up with Atomic chillies. As the name suggests, these chillies come packing heat like Arnie at his 1980s pomp, albeit with the stealth of Bruce Lee. The local's farmer's… Read more
Dark Brown This Oatmeal Stout was Loch's first ever seasonal release and another that nails the brewery's flag to the mast of traditional English ales. Plenty of oats were added to the speciality malts in the mash to good effect, adding a smooth, silken texture. Creamy, choc fudge aromas rise from its steepling tan head, while dark chocolate dominates the flavour – alongside a hint of vanilla – and any hop aroma or bitterness is barely perceptible, allowing the malts and oats to take control. If you're… Read more
Black