From the moment the doors first opened in late 2015, Collingwood’s multi-faceted The Craft & Co was pouring a couple of its own beers through the taps of the converted warehouse that also houses an eatery, deli, distillery, bottleshop and function space. Initially, the beers were brewed with beer industry mates, but the commissioning of the in-house brewery a few months later has allowed The Craft & Co range to evolve and production to expand, as well as opening up opportunities to collaborate with more brewers.

The man responsible for overseeing much of the development on the brewing side of the business alongside Kiwi brewer Greg Mace of FB*Propak is Heath McVeigh, a head brewer who has allowed his journey in beer to inform the direction of the brewery.

Back in 2008, Heath left Australia to study and teach in South Korea – a country with only the earliest stirrings of a craft beer industry. Most of South Korea’s growth in craft beer was pushed by expats – typically those hailing from America – who wanted access to the kind of beers they had left behind. Heath fell in with that crowd and took a job as a craft beer consultant for venues while also running education classes on beer and homebrewing.

On returning to Australia, it was those aspects of beer that made working at The Craft & Co so appealing. Due to the operation’s unique setup – embracing production, hospitality and education under the one roof – he could run similar classes to those he’d run in South Korea but with a larger brewhouse and the ability to run classes in English.

That he was brewing beers for a novice beer audience while overseas helped too as The Craft & Co’s broad audience requires beers with a suitably broad appeal. They’re all brewed with malts from Finland’s Viking Malt – another decision driven by Heath’s time in South Korea, where a strict import system meant only one variety of malt was ever available for brewers – thus giving his beers a point of difference in an increasingly busy marketplace.

While The Craft & Co’s core range sits well and truly in the accessible category, by contrast its special releases focus on experimentation (they have an amphora beer in their core range) and collaborations, often featuring other producers found under the same roof: the in house coffee roaster or onsite distillery. They've also welcomed other brewers, with the brewery regularly used by local gypsy operations – some of whose beers you'll find pouring through the in-house taps.

Since the start of 2017, production of The Craft & Co beer has grown considerably, rising from around 1,000 litres every few months to 1,000 litres every week. It’s a volume that remains the smaller end of the microbrewery scale but means you’ll find Heath’s beers pouring at other Melbourne venues.

As for the future, access to The Craft & Co Farm will provide further opportunity for the brewery to become a larger producer. Located in Bangholme, in Melbourne’s outer South East, the farm grows hops alongside grapes and vegetables for the restaurant, meaning you can look out for wet-hopped beers each time harvest season rolls around.

The search for new techniques, flavours and experiences in the beer world continues apace. At The Craft & Co in Collingwood, brewer Heath McVeigh has been brewing with the sort of clay amphora used for beer and wine in the Roman Empire. The Craft & Co in Collingwood is many things: restaurant; bar; deli; function space; distillery; brewery. The team there also release wines alongside their beers and spirits and, as of winter 2019, they're looking to bring all their booze offerings into a recognisable family courtesy of a new look. With the new look comes new beers, including a Tropical XPA previously only available on tap. They've plumped for four fruity hop varieties to do the heavy lifting – Galaxy, Vic Secret, El Dorado… Read more
Golden Yellow 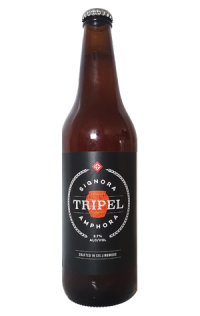 The Craft & Co’s Amphora Tripel is one of a few firsts for the small Collingwood outfit. It’s the first of the brewery’s beers to be released into bottleshops and also the first Australian beer brewed with clay to be bottled too. Having brewed Australia’s first amphora beer as a limited run for Good Beer Week, The Craft & Co proceeded to look for the style which could showcase the effects the terracotta pots had on a beer’s yeast profile. So, with Belgian beers known for their fruity,… Read more
Golden Yellow 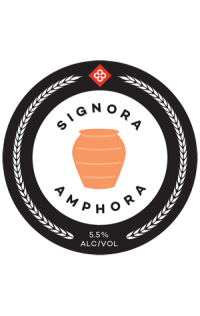 Never heard of an amphora? If not, you wouldn't be alone, particularly when taken in the context of modern day brewing. They are large clay vessels once used regularly for fermenting wine and, on occasion, beer. As craft beer culture has fired up experimentation globally and brewers have looked for new flavours and textures, a tiny number have dipped into the history books and brought amphora into their homes. As we wrote about in this article, perhaps the best known is Italy's Birra del Borgo but,… Read more
Pale Yellow 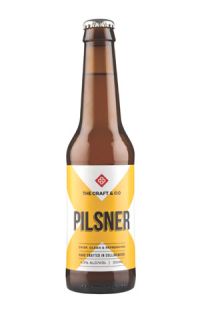 While, for the most part, The Craft & Co’s pilsner is a traditional take on the style, it does add one slightly modern twist. Sure, it pours a pale golden with a creamy white head and light carbonation and the presence of the hop Saaz puts out aromas and flavours of an earthy spice. Yet the inclusion of the wonderfully named and underused New Zealand hop Sticklebract adds a modern twist to the pilsner and contributes some light notes of citrus alongside Saaz’s herbal aroma. True to tradition… Read more
Golden Yellow 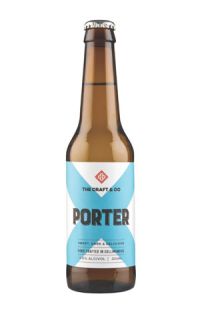 A classic style traditionally associated with England’s working class, The Craft & Co’s porter pours a deep black with a clear aroma of chocolate and some light notes of aniseed. Those aromas are met by a rich and smooth texture and flavours that are driven by the beer’s dark malt profile. This includes classic notes of chocolate and coffee that match with nutty undertones and some sweetness. As it warms up, that chocolate sweetness develops and flavours of berry or blackcurrant – similar… Read more
Dark Brown 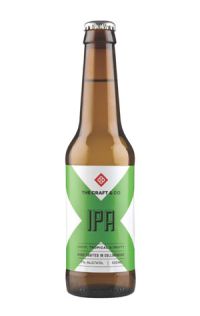 For its core range IPA, The Craft & Co’s brewing team decided to make New Zealand hops the central feature, including no less than eight separate Kiwi varieties in their beer. Two of them – Wakatu and Waimea – are included during the whirlpool as whole hop flowers and later during the dry hopping process. The outcome? There's an upfront resinous aroma that hints at a slightly sticky sweetness, which is met by flavours of tropical fruit and citrus. The sweetness of the malt adds balance… Read more
Golden 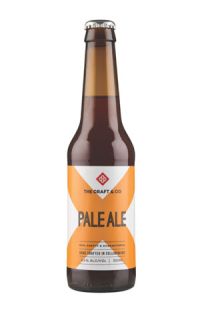 One of the first beers ever to hit taps bearing The Craft & Co name – before they'd even got the brewery up and running at the Smith Street venue – was its Pale Ale. Designed to take a little of the Old World and mix it with the New, it's built upon the sturdy malt base you might expect to find in an English pale ale with American hops laid upon them. Look out for piney, earthy hop aromas balanced by a rich, biscuity sweetness and a well judged bitterness.… Read more
Golden 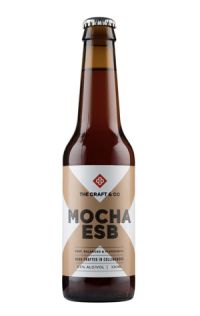 Brewer's notes: Specially selected coffee is roasted and then distilled in-house and added to this ESB, creating a balanced brew with sweet caramel and toffee notes, and light chocolate and vanilla bean from the coffee.… Read more
Rich Brown Among the first canned beers to come out of Collingwood’s The Craft & Co is the brewery’s take on hazy IPAs. Head brewer Heath McVeigh says the brewery went for Vermont IPA to keep the beer distinct from the cloudiest examples of the style and focus instead on the hops and how they were added to the boil. Featured hops are El Dorado, Citra, Falconers Flight and Idaho 7, which together produce a medley of flavours from tropical fruit, citrus and pine, with a light hint of honey. Compared to… Read more
Golden Yellow The Craft & Co may brew in the heart of Collingwood, but the owners also have a second home in Melbourne’s southeastern suburb Bangholme. Bangholme Bitter was brewed with that second venue, The Farm, in mind and with the intention of having an accessible beer for those calling into the 40-acre winery, café and cellar door. While the beer might be accessible, and is in many ways an ode to the traditional British style, it packs no shortage of flavour. Sweet biscuit and toffee dominate on the… Read more
Pale Yellow 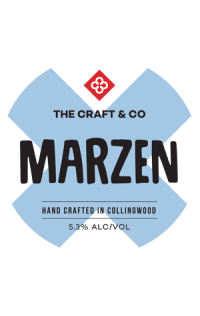 What better way is there to recognise Oktoberfest in Australia than by brewing a Marzen, the beer style most often associated with the world’s most famous Volksfest. The amber lager is traditionally brewed in March and lagered for months before being drunk by the litre9s) by the six million attendees at the Munich festival. While The Craft & Co’s take on the beer style may not be enjoyed by quite as many drinkers, there’s still much of the traditional about the beer. It pours a clear, dark… Read more
Red 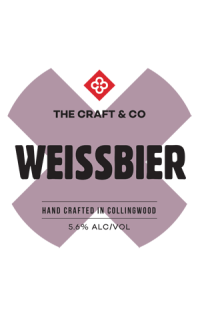 For its second Oktoberfest release in 2017, The Craft & Co looked to one of Bavaria’s other famous styles, the weissbier to join the Marzen on tap. Created with a blend of two different yeast cultures and fermented at a fairly high temperature, it’s a beer primarily about yeast-driven flavours. Here, primarily that means clove, with a light, peppery spiciness becoming more prominent over time. While there's also some banana like character present, it’s restrained, adding a soft sweetness… Read more
Golden Yellow 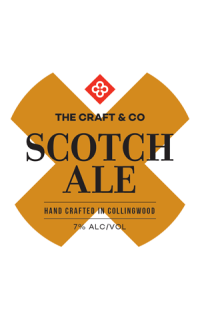 For its 2017 winter seasonal, The Craft & Co brewers have steered clear of the darker choices like porters and stouts and instead focused their attention on the humble Scotch ale. The beer originally designed to warm the spirits of the Scottish doesn’t quite get the same amount of love from Australian brewers in winter as its British stablemates. Yet, at 7 percent ABV, this Scotch Ale packs more than enough of enough of a punch to warm a winter’s evening. Pouring a deep red brown with a… Read more
Rich Brown 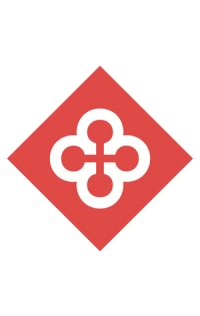 The Lincoln Bitter was first brewed in collaboration with Carlton’s Lincoln Hotel, although it has since made its way onto the taps at plenty of other Melbourne venues. Designed as the sort of classic English ale you might find in any number of UK pubs, Lincoln Bitter has those classic honey like sweet malt and caramel flavours. Some floral hop flavours are also present, while a slightly smoky undertone nudges the beer into the realm of a classic Scottish heavy. As the beer warms up, the layers… Read more
Golden

The Craft & Co’s limited release American pale ale brings some classic hop flavours to the fore. Pairing American mainstay Cascade with the more contemporary US varieties of Falconer’s Flight (itself a blend of five varieties from the Pacific Northwest) and Azacca. Unsurprisingly, considering it is more or less the de facto American pale ale hop, most of the beer’s bitterness comes from Cascade, while the aroma is driven by Azacca and Falconer’s Flight. Named after the Haitian god of… Read more
Golden