Over the past decade and more, there have been few brewers who have put out as many great beers in as many different styles as Shawn Sherlock. While head brewer at Murray's, he was named Australian Brewer of the Year in recognition of a mastery of brewing that saw beer lovers clamouring for everything from huge imperial stouts and Belgian-inspired ales to delicate saisons and hop bombs ranging from tiny, sub-3 percent ABV IPAs to those weighing in at more than 10 percent.

Since 2015, he's been doing it for himself. Well, himself and the crowds that flock to the FogHorn Brewhouse he launched with then business partner James Garvey in the heart of his beloved hometown of Newcastle. There, in a converted 1930s industrial unit that formerly housed the likes of a Ford workshop and a surfboard shapers, he fills 17 taps with a rotating lineup of beers from pilsners and pale ales to saisons and stouts, always interspersed with a couple of IPAs and others that continue his fondness for bastardising beer styles.

And it is a rotational lineup in the truest brewpub sense, with only a handful – if that – of beers likely to be there from one visit to the next: the likes of the session-minded Ideas Beer, an IPA or two of some form, and (hopefully) the all-conquering, trophy-winning Sligo Extra Stout. Continuing the brewpub mentality, you can only take the beers home in squealers or growlers too. Indeed, while you'll find FogHorn decals in a few venues around greater Newcastle, rare are the times you'll chance upon them further afield.

That it's worth making the effort to hunt them down at source is undeniable, however. Proving the reputation he'd carved in his previous role was no fluke, gold medals and awards have followed too; in 2017, shortly after opening, he flew with wife Karen to Melbourne for her first experience of the Australian International Beer Awards and they returned home with the trophy for Best Stout, while there's been silverware at the Craft Beer Awards / Indies too.

Beer – and the chance you might get to chat to Shawn about Australian history (he's a former university lecturer) or punk if he's not busy managing his tanks – isn't the only reason for visiting either. The kitchen is kept busy serving up fine New York style pizzas and other American-inspired dishes, created where possible with ingredients sourced from the region's producers. Time it right and you'll be able to take in some live music or comedy on your visit too.

As of January 2019, FogHorn had a new team in place too, with co-founder James moving on to pastures new and Founders First – investors focused on building independent Australian breweries and distilleries – joining Shawn. It's a move that will see more beer hit taps in the wider Hunter region and, as of September 2019, saw a quartet of cans leave the brewery too.

They change also led to the operation's name swapping from Brewhouse to Brewery. But none of that will divert them from what they've always been and plan to be: a brewpub at the heart of the Newcastle community.

Late in 2018, word spread that FogHorn, the highly-rated Newcastle brewpub was up for sale. In truth, it was a case of one founder looking to get out and the other, head brewer Shawn Sherlock, looking to the future. And now he is.

Founders First's rapid rise to prominence within the Australian beer industry continues this week with the purchase of Potters Brewery and Brasserie in the Hunter Valley, set to become a second home for FogHorn. 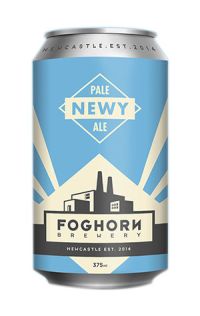 You're not going to keep the hordes coming to your brewpub – not matter how highly the beer world rates your beers – without a solid offering of easy-going, session-friendly beers. And this is one that fits the bill at FogHorn. Designed as "a celebration of this great city", it's a pale ale featuring the "HopBurst" method of hopping – adding them as late as possible in the brewing process to extract maximum character without the bitterness. The hops chosen are of the fruity… Read more
Golden Yellow 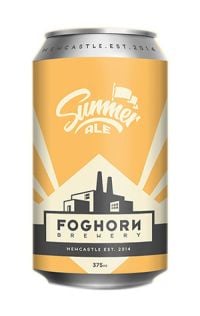 One of FogHorn’s original beers, Summer Ale may have spent most of its history being enjoyed inside the Newcastle brewpub but, when it joined the canned lineup late in 2019, the beer was given the opportunity to branch out further. And what a natural beer it is to can too; one designed for a barbie by a Newcastle beach. Or any beach. Or any barbecue. Driven by Australian Enigma hops upfront and German pilsner malt, it's a beer that's light on the palate while still packing a hop basket's worth… Read more
Pale Yellow In 2015, the NSW Government made a bizarre decision to remove the last three stations on the Newcastle rail line and replace the service with on-street light rail. While it definitely had nothing to do with opening up a large swathe of prime land for development, there was a lot of uncertainty as to how it would affect local businesses. One thing is for certain, however: the Hype Train never stopped at FogHorn Brewery anyway. Co-owner and head brewer, Shawn Sherlock, knows exactly what he’s about… Read more
Golden Way back in 2011 (which is pretty much Prehistoric times in the contemporary beer world), Shawn Sherlock debuted Retro Rocket, an IPA with a punchy bitterness that registered a mere 2.8 percent ABV. Session IPA wasn't really a term back then, but clearly that was where his head was, with the beer proving that, while he might have built a reputation upon bigger beers, he could play at the smaller end too. At FogHorn they don't come smaller than Dads With Prams, the brewpub's 2.4 percent ABV light… Read more
Pale Yellow 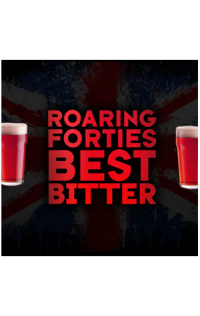 Trace a line through Shawn Sherlock's brewing career and rare are the moments there isn't some form of English-inspired bitter either pouring through a handpump somewhere or in a bottle; the New World-meets-Old World Punch & Judy was an old favourite here at Crafty Towers. The beer that fits into that lineage most regularly at FogHorn is Roarie Forties and, again, it's a new-meets-old affair. The old comes in the form of rich English malts; the new in the shape of fruity New World hops. The brewers… Read more
Rich Brown 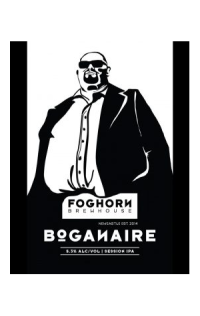 One of many IPAs to have graced the FogHorn taps – and one you're more likely than most to find on tap any time you call in – was an early release at the brewpub. It's named in tribute to one of the more colourful businessman to rise (then fall) in the region in recent times. Tagged a session IPA, albeit still weighing in above 5 percent ABV, it's designed to deliver citrus and pine hop characters and be "bitter but insanely drinkable" according to the brewery team.… Read more
Golden The Ideas Beer is one of the stalwarts at FogHorn, an early release that's stood the test of time and, presumably, helped Shawn Sherlock and team conceive plenty of other ideas. They call it "an Australian style pale ale with a twist", which translates to a citrusy late hop character from US hops and "plenty of flavour and body" within a beer the team reckons is "as crisp & dry as an ale gets."… Read more
Pale Yellow FogHorn Brewhouse 4 Saisons In One Day

Over the past decade or so, Shawn Sherlock has created many a saison – or at least beers with their roots in that historic and diverse style. As with many brewers, he's a huge fan of such beers, even if the wider Australian public seem reluctant to take them fully to heart, and a few variations have hit taps at FogHorn with 4 Saisons In One Day the one that's proven most popular. He describes the French saison yeast as the "real hero" of this modern twist on tradition, eeking "earthy,… Read more
Pale Yellow There was a time when you were unlikely to find FogHorn founder and head brewer Shawn Sherlock use anything other than hops from New Zealand. Scour the beer world for opinions on Kiwi hops and you'll find a broad spectrum of responses yet he found he could achieve an array of results without needing to look elsewhere. He's loosened the shackles (a little, at least) since launching his brewpub, with Young Americans adding Simcoe and Citra from the States to the mix. It seems to have paid off as the… Read more
Golden 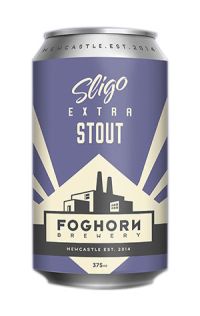 The first time I encountered Sligo Stout was via a sample sent to Crafty Towers – poured from the brewpub's taps into a PET homebrew bottle and couriered interstate. As soon as the opaque black-brown liquid hit the glass and the aroma hit my nose, I thought: "Now that smells like a Sherlock stout." Given the only beer The Crafty Pint has ever made on a commercial scale with anyone was a stout with Shawn and then Murray's brewing partner Ian Watson (OK, a smoked one with Belgian yeast,… Read more
Black You kind of understand how FogHorn founder and head brewer Shawn Sherlock’s brain works when he explains that his Kellerbier was named Rowdy as it is his "quiet" beer. After slowing up brewing lagers as there wasn't much demand, Shawn and his team took a punt last summer and brewed this little beauty. It became one of the brewhouse’s biggest sellers and has continued to do so into 2020. All German malts and Kiwi hops and a Czech lager yeast come together in a brewing process that takes… Read more
Rich Brown FogHorn Brewhouse turned three in April 2018, and what better way for award-winning chief brewer Shawn Sherlock to mark the occasion than to tap a brand new, one-off double IPA, a style of beer he's delivered with aplomb many times over his career. Better still, he invited the public to name it in an online competition, with "Big Nobby" the eventual winner – not, of course, a reference to Shawn but instead to the famous Newcastle landmark Nobby’s Head, a headland that is located on… Read more
Golden