The Adelaide Hills region is a treasure trove of quaint, quirky towns that typically boast little more than a pub, a general store and a post office. These popular towns ooze a certain quiet country charm capable of luring travellers and day-trippers from near and far.

One such place is Uraidla, a township with a population of a little over 600 people. The name Uraidla, or Yurr?idla, translates to "ear" in the local Kaurna language; it's said that once a giant fell in battle in the area, forming the Mounty Lofty Ranges and adding its appendages to the surrounding area.

If you’re starting out in Adelaide, Uraidla is a mere ten minute drive up the winding Greenhill Road, a scenic drive along occasionally very narrow and steep-sided roads that takes you past fruit orchards, vineyards and smoking chimneys – all while taking in the sweeping views of the city and the ocean in the distance. The town itself features the token footy oval, a primary school, and the aforementioned general store, post office, pub and brewery.

The hotel has served locals and visitors since 1867, when the Cutting, Willcox and Dyer families held the lease. Today, the renovated pub, which pours the widest selection of Uraidla beers on tap you'll find anywhere, retains much of its old world heritage, yet there are flashes of more contemporary elegance throughout too.

Arguably of most interest to Crafty readers, however, is the far more recent addition next door: The Uraidla Brewery and café located in a former squash centre. The old court houses the brewery itself, visible through a floor-to-ceiling glass door/window for those keen to watch the brewers at play, while the café sells delicious pies, sausage rolls, loaves of bread, pasties and the like, and has become a popular stop for cyclists grabbing a mid-ride coffee or takeaway beer.

Uraidla launched their first beers in June 2018 under the stewardship of founder and head brewer Oscar Matthews, who wasted little time building a fine reputation locally. Slowly, their beers started to filter through into South Australian pubs and bottleshops before spreading even further in cans.

He’d started his brewing journey in his backyard, perfecting homebrew recipes in the company of mates before, following several years of amateur brewing and working as a beer buyer, he decided to take the next step. He counts himself lucky in this regard: Oscar was able to call upon family to hone his skills.

His uncle is a part-owner of SLO Brew in California, where Oscar worked for 12 months, learning the ins and outs of running a commercial brewery, before spending a further six month stint at a brewery back in South Australia, experiences that exposed him to the latest American styles and influenced many of the flavour profiles that he favours.

Around a year on from releasing the first Uraidla beers, he began to experiment more, building a buzz around his highly-hopped IPAs in particular. Yet it's beers of a different ilk Oscar and the brewers now doing most of the day-to-day on the brewhouse like to focus on: creating full-flavoured yet lower ABV beers suitable for sessions.

It's clearly something they do well, with the 2.9 percent ABV Future Light making the top ten best Australian drinks – not just beers, but drinks – in the 2021 Drink Easy awards, and the 3.8 percent ABV Half Moon session ale appearing alongside it in the top ten beer list.

Aside from hop forward pale ales of all sizes and degrees of clarity, a busy limited release schedule is as eclectic as you could wish for, from black IPA and imperial reds to classic lagers and a variety of porters and stouts, often given a new world tweak. Indeed, there’s no style that’s off the table, particularly as they look to work closely with neighbouring wineries and businesses.

“One of the things that inspires our beers is the surroundings of the Adelaide Hills,” Oscar says. “Having a lot of cool wineries, I think there is a lot we can do to work with them, sourcing barrels and playing around with wild fermentation. There is a lot of room for experimentation.”

As for the beer names, they're typically mystically or spiritually-inspired names after Oscar was told the local area has a history for witchcraft. Thus, you can expect to enjoy your hit of hops with names such as Psychic Mind, Forgotten Ritual, Primeval Slayer, Afterlife, Wizard’s Wrath, Moonlight, Cosmic Labyrinth and Lucifer’s Lifeblood.

The brewing equipment is squeezed ever so expertly inside the former squash court, with a Premier Stainless 12 hectolitre brew kit, two 25 and two 35 hectolitre fermenters, plus a 35 hectolitre brite tank sharing the small space. Water is sourced from the Piccadilly Spring, a large aquifer below the brewery, before undergoing reverse osmosis filtration, then building a water profile specific to each beer.

Yet what Uraidla lacks in size, it certainly makes up for in punch. The brewery quickly became one of the most talked about in SA, and has only grown in stature over time, like the giant watching over the Mount Lofty Ranges all those years ago. 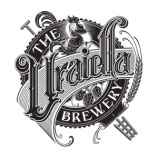 Once better known for its wines, the Adelaide Hills have become a treasure trove for beer lovers. Here, Matt King takes a meandering tour through the many breweries, venues and bottleshops that are found throughout.

Few things in the world of beer excite people as much as hops. So we got in touch with a bunch of growers, sellers and hop-lovin' brewers to find out which varieties they love the most and whose mastery of hops impresses them most.

Much has changed in the half decade and more since we last put lagers to the blind taste test. For one, there's bloody loads of them, but who's brewing them really well? We compiled an expert panel to find out.

Uraidla Brewery landed two beers in the overall top ten best Australian drinks at the second Drink Easy awards. They were joined in the best of list by Heaps Normal's Quiet XPA, flying the flag for non-alcoholic beers. Given this is the lowest in ABV of any Uraidla beer (at time of writing) and the brewers train much of their focus on brewing high impact, low alcohol beers, it's fair to say Future Light is one close to the Adelaide Hills team's heart. That it landed in the top ten best Australian drinks in 2021 suggests it's one they brew well too. A far cry from the light beers of yore, Future Light is hazy AF thanks in part to the use of an East Coast yeast, with the liquid home to lemon citrus and mandarin flavours… Read more
Pale Yellow There are plenty of breweries playing in the hazy pale space these days, and plenty aiming to perfect session strength ales too. Yet you won't come across too many better examples of a hazy, session strength pale ale than Uraidla's Half Moon. The 3.8 percent ABV beer possesses a lovely, soft texture and is awash with smooth, full and fresh fruit flavours: orange, mango and passionfruit melded as one. It finishes with a suitably gentle bitterness, judged just as impeccably as the rest of the beer. James… Read more
Pale Yellow 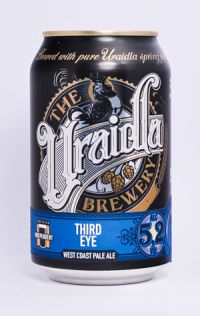 The third of the three pale ales in Uraidla's year round offering is rather different to its siblings, and not just because it's the highest in alcohol content. While Future Light and Half Moon celebrate haze, with Third Eye the liquid is so crystal clear it could pass for a German pilsner. That is, of course, until you move within a couple of feet of the glass... Vibrant hop characters sing out, from orange citrus as crystalline as the beer is clear to sweet, candied pineapple flavours, right through… Read more
Golden The world of the pale ale has expanded to embrace more variation than ever before in the past few years, and the brewers at Uraidla are among those that enjoy exploring the style's every avenue. Cosmic Labyrinth heads towards the upper echelon in terms of both ABV and haze; in fact, you could say it's moved beyond hazy, such is the dense wall of yellow gold it builds in your glass. It fires off all the lively, juicy hop character you'd expect from such a creation. For me, it's pineapple and passionfruit… Read more
Golden Yellow The Uraidla Brewery have long played with traditional lagers at their Adelaide Hills home. Often when brewing traditional beer styles, they like to bring them into the modern era with lashings of new world hops, with with Helles you've got a much more classically-minded beer. Pale gold and bright as a tack in your glass, it's all about clean floral, lemony and softly spicy aromas, cracker malts, lager esters and a broad, earthy bitterness. Very beer garden friendly indeed. James Smith… Read more
Golden Goblin's Blade might be tagged a red IIPA, and weigh in at the sort of booze level to justify such a tag, yet you could also argue a case for it being an imperial red, such is the preeminence of the specialty malts in the mix. From the moment it fills your glass with that lovely deep amber colour of a barleywine – complete with bubbles rising slowly as they strive to make their way upwards through the gloop – you know your taste buds are in for a hearty treat. The aromas are reminiscent of sugar-and-butter-heavy… Read more
Red While much of the praise and attention heaped on The Uraidla Brewery has focused on their pales and IPAs, peer into the fridges at their café home or the taps at The Uraidla Hotel next door and you'll appreciate the spectrum of beers on offer. Adding a shade of brown in spring 2021 is Runestone, Oscar's first crack at a traditional ESB (or Extra Special Bitter). While he's since said he'll aim to dry the beer out more for future iterations, the beer's debut still showcases the classic characters… Read more
Rich Brown If you're a beer geek who possesses a solid level of nerdiness, there's a reasonable chance you've debated black IPAs at some point, whether that's how much impact the dark malts should have beyond colour, or whether they're Cascadian dark ales or something else entirely. Were I to be entering into such a discussion with a glass of Shadow Knife in hand, I'd be the one suggesting this is as much a hoppy porter as anything else. Certainly, it looks like a porter thanks to its deep, slightly dusty,… Read more
Dark Brown The modern preference has been to make IPAs fruitier, hazier, fluffier and low in bitterness. If that kind of approach tickles your fancy, then Lone Mountain may well not be for you, however, as this is a beer born in a different era. Reminiscent of the American IPAs of the 90s, or even the English IPAs that inspired many of the earlier US creations, this is copper-coloured and clear, its innards home to piney, dank hops, dark, toasted caramel malts, and a bold, deep and earthy bitterness. Old school. James… Read more
Rich Brown