The Ogden name will be familiar to many Western Australian drinkers. The family has enjoyed a long association with iconic hotels in and around Perth for generations – and now they have a closer connection to beer than ever before.

At the start of 2019, the first beers bearing the Ogden name were poured for customers at the Windsor Hotel in South Perth, bringing locally brewed beer to yet another postcode of a city that had, at least until recent years, seemed resistant to the march of brewpubs and taprooms witnessed elsewhere across WA.

The opening of an onsite brewery is the latest chapter for the Federation Filigree-styled Windsor Hotel, whose broad verandah has welcomed drinkers since 1898 – the same year as the nearby Perth Zoo first opened its doors. Back then, the South Perth area was fuelled by the ferry service across the Swan River, a two-minute walk along quaint Mends Street from the hotel, while the Chinese market gardeners who remained after the Kalgoorlie Gold Rush gradually disappeared.

Fast-forward 120 years and the area is awash with development, capitalising on its proximity to the CBD, the river and the views that come with such a location. Indeed, a $330 million mixed use development was taking shape across from the brewery as those first beers were pouring, bringing the promise of more thirsty punters to the area.

Located in the stylish surrounds of the hotel’s recently renovated beer garden, one that’s replete with flowing water and greenery, Odgen’s is first and foremost a brewpub. Overseen by third generation publicans Geoffrey and William Ogden, the brewery is helmed by Damien Bussemaker, whose prior stints at Mash Brewing and Elmar’s in the Valley prepared him for the role of slaking the thirst of South Perth locals.

Occupying what used to be known as the Singapore Room, Damo’s brew deck resembles that of a festival DJ’s setup, overlooking the drinkers under the umbrellas and grapevines. Behind him sits the rest of the six hectolitre brewery from Yolong in China, one capable in its initial setup of producing a little over 100,000 litres of beer in a year – more than enough for the exclusive, draught-only pours at the Windsor Hotel.

Given the size of the of the venue – the garden bar alone has a capacity of 450 people – and the broad tastes of its punters, the Ogden’s lineup is focused on approachability with a dash of the traditional. The historical leanings might come in the form of classic German styles and the use of noble hops from Europe or in the more contemporary use of the “Four Cs” from the US – Cascade, Centennial, Chinook and Columbus. It’s a sensibility that’s seen the Lager and Pale Ale quickly become favourites among the opening quartet; over time, expect to see the range augmented by a red ale and an IPA plus collaborations with brewing buddies from around the Perth CBD.

Inside the main venue, the Windsor kitchen serves up a variety of modern Australian pub food and wood-fired pizzas, the sort of offering well suited to accompanying the in-house brews. Most weekends, you can enjoy both while taking in live music in the Garden Bar, directly in front of the brewery, too. Although, despite his aforementioned setup, when it comes to this side of the entertainment offering, Damo is happy to leave it to the professionals. Light lagers are a commercial reality at many venues. For Ogdens Brewing, servicing the lower alcohol needs of the Windsor Hotel has resulted in a clean expression that’s aptly pushed aside the previous macro beer offering. And, according to the venue manager, done so with little fuss. Using a similar recipe to the core range lager, Arctic Light presents light straw in the glass with a crisp white head that sings of a straightforward Aussie lager. The lighter body and malt flavour allow the noble… Read more
Pale Yellow 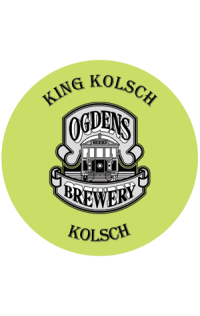 A beer entry point for many drinkers, Kolsch is a hybrid of beers styles that originated in Cologne, Germany. The pale malt base is fermented with ale yeast before cold conditioning much like a lager. The result, when done well, is a very drinkable beer that carries lager’s clean appeal with some of an ale’s body and fruity yeast characters; indeed it’s nigh on perfect for most pub drinkers after something refreshing and sessionable. In Ogdens' version, an initial light sweetness moves through… Read more
Golden Yellow 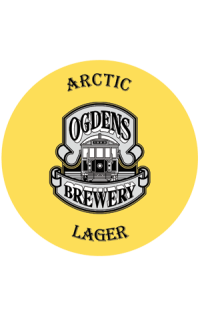 The welcoming appeal of Ogden’s Lager has quickly seen it become one the brewery’s best-sellers. Mindful of the needs of the broad church of drinkers the Windsor attracts, head brewer Damien Bussemaker settled on the classic German Pilsner style for maximum approachability. The palest of yellow bodies is crowned with a crisp white head which holds aromas of sweet malt and light floral notes courtesy of noble hops Hallertau and Tettnanger. Malt sweetness runs the length of the light-bodied palate… Read more
Pale Yellow Loosely based on the historical yet little seen Altbier style, Mends St eschews the traditional deep copper colour of the style in favour of something a little more climate appropriate – it's more summer in Perth than winter in Dusseldorf. That said, the beer is all about the malt, specifically Munich malt. Its expression is redolent of bready characters tinged with biscuit and a subtle yeast profile. As with all of the beers in the opening range at Ogdens, drinkability is key here, even as there's… Read more
Golden 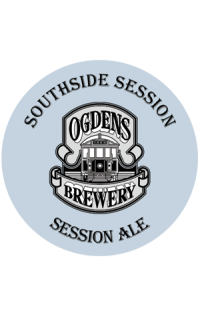 Located somewhere in the middle of a ménage à trois of summer ale, session IPA and old school golden ale, Ogden’s Session Ale draws a little from each and, in doing so, creates something new but true to the brewery, in that it’s highly approachable. Golden sunshine yellow, the initial grassy aroma soon moves towards citrus with a touch of supporting pine on the tongue thanks to dry-hopping with Amarillo and Centennial hops. As brewer Damien Bussemaker notes, it’s a beer that's easy to return… Read more
Golden Yellow The apex of the debut quartet is a classic American pale ale. Or is it? A paler shade of APA, Ogden’s riff on the style that launched a revolution eases up on the Crystal malt to producing a more congenial flagship for the people. Likewise, by twisting the typical hop mix towards generous dry-hopping with Azacca, Mosaic and Centennial hops, Ogden’s have created a more modern expression that’s complemented by an agreeable bitterness for style, clean length and a crisp finish. Guy Southern… Read more
Golden

With a name like Windsor Juice, it would be fair to assume there’s some reference to the Mexit extraction kerfuffle in the UK; however, the noble liquid in question is actually the debut hazy offering from one of Perth’s grandest old pubs, the Windsor. After bestowing the 110-year-old dame with a solid range of pub crushers, head brewer Damian Bussemaker is now going full Duke of NEIPA-land, and, what’s more, there’s a sour to come too! With a core audience in mind, Windsor Juice ticks the… Read more
Golden Yellow

On tap at The Windsor, South Perth

Damian Bussemaker’s latest creation to hit the taps at South Perth's Windsor Hotel, home of the fledgling Ogdens Brewery, is a red ale. Apparently, it's his first such creation but, judging from the initial reception from Windsor regulars, it’s unlikely to be his last. In keeping with the approachable mindset that has defined his beers to date, Ogdens Red Ale keeps to the lighter end when it comes to both colour and ABV. Copper orange in the glass, with a light red tinge, an Altbier style malt… Read more
Red

Brewed for midwinter 2019, Ogdens' Dark Lager arrives as a Schwarzbier / Dunkel hybrid. While not as visually dark as the former, the malt focus asserts its Germanic inspiration as well as head brewer Damo’s classical outlook. Caramel and toffee run the length of the clean lager profile - there’s not a wisp of roast on display here - with all German hops providing a soft bitterness for balance. All that’s missing is a large pork knuckle pairing. Guy Southern… Read more
Rich Brown

Named after the strip of South Perth foreshore that gazes back at the Perth skyline and Kings Park, located just metres from the brewery, Espy sticks to head brewer Damo Bussemaker’s inclusive sensibility. It’s a wise choice, as the house taps have now started to dominate the bars around the Windsor Hotel within months of him firing up the onsite brewery and the locals are becoming more familiar with craftier styles. As such, Espy presents more like a hoppy pale ale with a lean body than a full… Read more
Golden