It started as a chance meeting at a homebrew store. Joshua Murnane visited Grain and Grape in Yarraville and asked for advice on brewing sour beer. He was introduced to staff member Michael Leslie and three hours later (according to Josh but much less according to Michael), he was still getting a lesson.

The duo became good friends and, in 2014, decided they should stop talking and start planning. Five years later, in 2019, they opened Black Arts Brewers and Blenders in Williamstown.

The beers are brewed offsite then aged at the Williamstown location in a mixture of 225 litre barrels, 300 litre hogsheads, and 500 litre puncheons; in the years before launch, Josh spent untold hours searching online for barrel dealers and now they have a steady supply of formats from which to choose.

And, while they may not have unveiled them to the public until 2019, the duo had been brewing and ageing their beers since 2016, giving them three years of stock to blend at launch. Displaying admirable restraint, they wanted to wait to ensure the beer was ready before blending and bottle conditioning, and this patience is something the pair will wear with pride. All bottles show the average age of beer that’s inside to make it clear to consumers that what they have in their hands isn't the result of a quick souring process, but an extended period of ageing.

Launching with a Golden Wild Ale and a Red Wild Ale, the plan was to keep three core beers (with a darker version to come) while showcasing smaller runs of single barrel, dry-hopped versions, and fruited versions. As is often the way, plans have evolved over the years, with the third core – if you can call anything at Black Arts core – beer is their Bière de Coupage, which has appeared, like the Golden and Red, in various iterations.

As for the overarching style, while there have been blended IPAs, fruit beers and the like over the years, flavour profiles lean to the less sour and acidic side of wild ales, instead focusing on more refined drinkability. To achieve this, Black Arts use a large number of different yeast and bacteria cultures, gathered from their own homebrew experiments, commercial cultures, and lambic dregs. Over time they continue to refine and mix the favourites down, adding wild and koelschip cultures to their toolbag – not to mention a burgeoning sideline in spirits.

These days, it's a family affair too. With Michael having moved on to new adventures, Joshua's partner Chelsie is now even more of a key player in the operation than she was at the start, ensuring Black Arts beers are presented to the world in just as refined a manner as they present themselves to your palate.

As for their tasting room, it's not the easiest place to find – tucked into an industrial pocket in Melbourne’s west. If you look out from its roller door you'll find the Mobil Altona Refinery looming in the near distance – so near, in fact, the taproom is restricted to only 15 patrons at a time. Why? To make things easy in case of evacuation, of course.

Instead of a hindrance, they see that as a positive. It’s only open once a month, with the owners on hand to pour beer and geek out with those interested. Given Black Arts started out with two people geeking out together about wild and sour beer way back in 2014, it’s only fair they let everyone else join the conversation.

The beer scene in Melbourne's west – and the country's cluster of barrel-ageing and blending specialists – is set to grow again this week with the launch of Black Arts. Luke Robertson called in.

Exclusively Yours: The Rise Of Brewery Subscriptions

Beer clubs and brewery memberships are far from new but recent years have seen such them grow alongside online beer sales. We spoke to Molly Rose, Black Arts and Van Dieman Brewing about their exclusive clubs and why they do it. 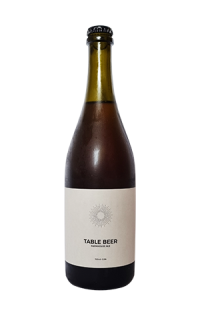 Table beer joined Black Arts’ core range in 2022 and like many beers from the small Melbourne outfit, the beer’s very much inspired by classic styles from Belgium. More specifically, it’s designed for sharing across a table with friends, with the 3.5 percent ABV low enough that you might choose to crack it during lunch over dinner. Pouring with a slight pink hue and quite an enthusiastic carbonation, those fruit flavours are a mix of berries without any sweetness, with hints of strawberry,… Read more
Red Like their popular core range Bière de Coupage, Black Arts’ South Coast Sour is a mix of the old and the new, a blend of mature and sour golden ale with a West Coast IPA. It means the oak-aged sour IPA combines upfront notes of pine, citrus and stone fruit but instead of any real bitterness, you're met by a cavalcade of funky flavours. Alongside those classic West Coast hops are farmhouse elements providing a solid funk that matches overripe fruit with an earthy finish. Meanwhile, the original… Read more
Golden A new year, a new blend, and a new look for Williamstown-based brewers and blenders Black Arts as they unveil the fourth iteration of their flagship wild blends – as well as a refresh for the brand. They might have switched their labels from dark to light, but the Wild twins are still comin' atcha in 750ml bottles and bearing the sort of depth fans have become accustomed to when exploring each release. Golden Wild, which the Black Arts team describe as "remarkably wine-like", puts stone… Read more
Red It's been fascinating to watch the transition of the local beer world from glass to can. As the process accelerated beyond anyone's expectation from the middle of the last decade, there were still certain styles that brewers seemed reluctant to put into tinnies, typically specialty beers like annual imperial stout releases, or funkier farmhouse styles – the sort of beers deemed worthy of showcasing in elegant bottles. But the passage of time has seen ever more make that passage, with small Melbourne… Read more
Red It's fair to say a drinker's first experience with a funky sour – and we're not talking kettle soured or sour pitched fruit juice here – can be confronting. On paper, many of the elements that can make such beers wondrous delights sound so wrong, and can easily smell and taste wrong on initial encounters. You can imagine Black Arts' freshly-canned Bière de Coupage being the sort of beer that could act as a bridge, showcasing those funkier elements, but dressing them up subtly enough as to not… Read more
Golden Yellow 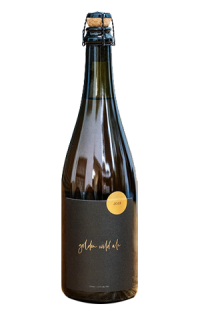 The aim of the first two Black Arts beers is to create a happy medium between the delicate Belgian wild and mixed ferment styles, and the intensely sour and acidic American versions. The duo behind the beer, Michael Leslie and Joshua Murnane, met as homebrewers in 2014 and since then have been collecting wild yeast, bottle dregs and commercial cultures. Then, in 2016, they began ageing beer with the aim of creating Black Arts. The Golden Wild Ale looks to the granddaddy of gueuze, Cantillon Gueuze,… Read more
Golden Yellow 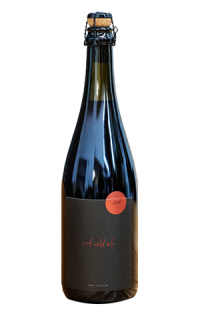 This Red Wild Ale was one of two beers with which Williamstown-based Black Arts chose to announce themselves to the world. Like its stablemate, the Golden Wild Ale, it's a beer that looks to bridge the divide between delicate Belgian wild and mixed ferment styles and more intensely sour and acidic American versions. Where the Golden looks to the lambics of Belgian’s Senne Valley, the Red Wild Ale has its heart in the Flanders region of the same country, specifically the iconic Rodenbach. You’ll… Read more
Red As part of their brand refresh in early 2022, Black Arts also gave one of their past limited releases a new name, and a more regular spot in their lineup. The beer formerly known as Raspberry and Cherry Bière de Coupage is now the rather more straightforward Berry Sour, even if the liquid itself is far from straightforward in genesis: a blend of their barrel-aged Golden Wild and young, dry-hopped saison, aged on said berries. Once in your glass, the appearance is far closer to the type on the new… Read more
Red There’s a bit of a rule that if you get a bunch of brewers into a room then it won’t be long before each is drinking a pilsner. So it seems fitting that when Victoria’s High Country brewers - namely King River Brewing, Bridge Road, Bright Brewery, Mitta Mitta Brewing, Billson’s Brewery, Black Dog and Crank Handle - came together to make a beer at King River's home, pilsner might be at the forefront of their minds. The Rule 47 collaboration takes place each year at a different brewery's home… Read more
Pale Yellow If staying inside and drinking a mixture of mixed culture beers sounds like the perfect way to spend a few winter evenings, then Black Arts have you well covered with a quartet released for the season. First up from the Victorian brewers and blenders is a beer and wine hybrid, Pinot Gris Wild, which sees a golden wild ale that’s spent time ageing in muscat barrels blended with a house-fermented Pinot Gris. At 7.4 percent ABV, it's the biggest of the four and also the funkiest, providing quite distinct… Read more
Red A key part of Black Arts Brewers & Blenders passion isn’t just driven by their love for making wild and barrel-aged beer but their fondness for collaborating and sharing what they do. Here, they've done just that twice over. Dark Wild with Blueberry & Coffee was made with the perennial collaborators at Carwyn Cellars as well as the distributors at Forward Hops and saw the trio select a mature dark wild ale and age it on both blueberries and coffee to conjure a complex mix of flavours in… Read more
Golden Yellow As part of my personal #keepinglocalalive mission – and fondness for such beers – when I spotted Black Arts were releasing a couple of fascinating sounding barrel-aged blends, I leapt onto their site and placed an order. This was followed by a message to brewery co-founder Joshua Murnane to check how wide the release was and, thus, whether it was worth writing about them for the site. It transpired there was just a few dozen of each... Still, we figured it was worth sending thoughts into the… Read more
Red

Order direct from the brewery here