The Prickly Moses name has been well known along the Victorian Surf Coast for longer than most people knew craft beer was a thing. Beers brewed at their Otway Ranges home have been a mainstay of venues along the coast for well over a decade but, more recently, the founders have been expanding their operation in new directions.

First came the Great Ocean Road Brewhouse. They took over an iconic pub in Apollo Bay, refurbished it and made it a home from home for the Prickly Moses range as well as introducing scores of other Australian craft beers to visitors. Then, in 2016, they embarked on a similar mission at the Esplanade Hotel in Queenscliff, albeit this time going a few steps further.

Now known as the Queenscliff Brewhouse, the historic exterior and many of the classic old bones of the building remain in place, but there’s more to be discovered within than at any time in the past. And, for readers of The Crafty Pint, of most interest amid the new features is the in-house microbrewery.

Small in stature at just 300 litres, it’s responsible for the hotel’s own line of beers. As with their Prickly Moses stablemates, they have approachability at their heart: the core range is based around an Aussie lager and ales of the cream, steam and English mild variety. But, at time of writing, they were being brewed by Mattias Isaksson, one-quarter of Old Wives Ales and known to enjoy more than a little experimentation and innovation when on the tools. So you’re likely to find them joined by an off-kilter limited release such as the Swede & Sour raspberry Berliner Weisse released for summer 2019/20.

Beer isn’t the only drink produced onsite either. Head down the stairs into the cellar and you’ll find a still with which the team has been developing a range of spirits since it was installed in 2019.

You’ll find the Prickly Moses beers plus the Queenscliff beers and spirits on offer in Taste of the Region, the bright and airy, two-storey deli and provedore attached to the pub. Peer over the taps on the bar and you might catch Mattias at work; alternatively, peruse the shelves and fridges upstairs and down for a mouth-watering selection of produce amassed from across the wider region. It’s the second such venue for the team, with a similar operation found adjacent to the Great Ocean Road Brewhouse.

But back to the historic pub, because there’s plenty more to check out there too. You’ve got the classic front bar, complete with font after font of the owners’ beers complemented with other Aussie independents in the fridges, plus various spaces in which you can select from the bistro menu, one that mixes pub classics with gastropub fare.

To the rear, there’s a welcoming beer garden where the back wall is lined with barrels decorated with the names of various beer styles. And upstairs is a treat for lovers of spirits: the Whisky Bar & Restaurant, home to more than 400 varieties of spirits sourced from all over the globe. It’s a space that comes with a suitably timeless feel: all deep hues and comfy chairs. There’s a separate menu there too, one of the sort to make you feel like pulling on your Sunday best.

Adding to the feel that the Queenscliff Brewhouse is as much about the experience and education as is is about being a good pub – something confirmed when it won Best Specialty Bar at the AHA Victoria State Awards in 2021 – there are all manner of masterclasses, special dinners and other events you can join too. If you’re in the area and don’t have a designated driver, it’s a popular stop for the Bellarine Peninsula’s many bus tours.

Alternatively, given they stock beer, wine, cider, spirits, cheese and pretty much anything else you could wish to pop in your mouth from much of Victoria, it’s the sort of place where you can embark on a grand tour without actually leaving your chair.

Mattias Isaksson has a dual role heading up the brewing at Queenscliff Brewhouse while also part of Old Wives Ales – two very different operations making very different beers. We caught up with him to see how he does it. 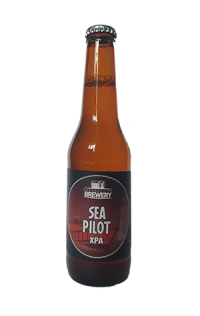 For more than 180 years, the Port Phillip Sea Pilots’ have helped steer ships and cargo across Victoria and Melbourne’s bay, with the very first members of the organisation building camps on the beaches of Queenscliff. Today the beachside town remains an important ferry route too, connecting the Great Ocean Road and the Bellarine Peninsula to Mornington. Those early sea pilots might have greeted as modern a beer style like an XPA with confusion but anyone in the modern world who tries Queenscliff… Read more
Golden Yellow 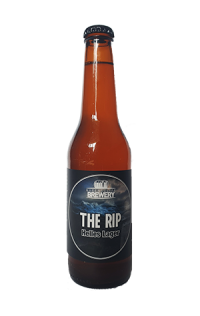 The Rip is a rather deadly stretch of water that serves as the entrance to Port Phillip Bay from Bass Coast where large tidal flows into a narrow channel of water, plus a high rocky seabed, has led to the undoing of many who have tried to traverse it. Queenscliff Brewery’s The Rip might draw its name from that dangerous passage in Australia but stylistically, it’s inspired by Germany. The Helles lager is as clean and straightforward as they come, where light floral hops and a slightly biscuity… Read more
Pale Yellow 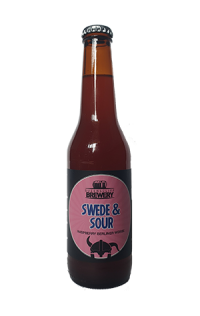 Originally brewed as a 300 litre one-off release by Queenslcliff Brewery's head brewer Mattias Isaksson as summer kicked into gear in 2019, Swede & Sour made it into the brewery’s core range towards the end of 2020. It means the raspberry Berliner Weisse, which is named in reference to Mattias home in Sweden, made it into bottles in time for a new summer. It’s fitting too, given the beer is 3.5 percent ABV and with quite a tart edge, really one designed for summer. The raspberry notes are… Read more
Red Given the broad range of customers their multifaceted venue welcomes through its doors, when Queenscliff Brewhouse set about creating a core range it was with broad appeal in mind – a little like elder sibling Prickly Moses when they were starting out in brewing. The Cream Ale is a beer in which more has gone into its creation than you might imagine, with a grain bill made up of barley, wheat, corn and rice to create the soft palate, pale golden colour and light biscuity flavours. There's a hint… Read more
Golden Yellow These days, you can find mid-strength beers of all shapes and, well, not quite sizes as they're all mid-strength, but certainly styles. Roll back the years a little, however, and you'd have found a good proportion of the few coming out of the country's small brewers taking inspiration from English ales. You can understand why, as English bitters and milds have been delivering plenty of flavour at sub-4 percent ABV levels for generations. And that's where the Queenscliff brewers looked for inspiration… Read more
Golden Having drawn upon influences from British brewing traditions for their mid, here Queenscliff Brewhouse look to the West Coast of the US. But not to the beers that have helped drive the modern craft beer scene – or make hop growers happy people – instead, it's a California Common, a style that heralds from the Gold Rush era then was popularised again by Fritz Maytag's Anchor Steam in the 60s. This one is among the maltier examples, copper in colour, mixing malt-derived flavours of caramel and… Read more
Golden The Coutas are Queenscliff's local sports club and they've lent their name and logo to one of the permanent pours at the town's Brewhouse. It's a local beer for the locals and, as such, sits squarely in mainstream Aussie lager territory. Sweet and malty upfront, you'll pick up some esters from the lager yeast in there too, while an old school Aussie hop bitterness completes the picture.… Read more
Golden They're ripping through the beers at the Queenscliff Brewhouse this summer, with these two hop forward offerings unlikely to last much longer than the Hazy IPA that preceded them. Cool Change is an India pale lager we're told has "notes of grapefruit and pine" plus aromas and flavours of "bread and dried fruit", while the lager yeast "gives it a nice clean, slightly sweet finish with lingering stone fruit notes" according to the brewing team. As for American Dream, it's… Read more
Golden Twelve months earlier, I paid a first visit to the Queenscliff Brewhouse. The brewery was up and running and, at that point, the offerings were playing things very safe: cream ale; steam ale; English style mid; Aussie lager. Things had changed a little by the time 2020 arrived, with brewer Mattias Isaksson playing around rather more. The luridly bright, raspberry-heavy Swede & Sour kicked things off, with a vibrant hazy IPA and this Barrel-Aged Berliner Weisse following soon after. The first… Read more
Golden On a small 300 litre brewhouse tucked inside the Queenscliff Brewhouse, head brewer Mattias Isaksson is given a fairly free reign when it comes to what limited release beers he brews. Clearly, he has plenty of control when it comes to naming those beers too, with the brewery’s summer release named Swede & Sour in homage to his home country. The beer itself is designed for drinking in the warmer weather: a Berliner Weisse soured with Greek yoghurt and, if you make it into the brewhouse, here’s… Read more
Red