When COVID threw the Australian beer world the twistiest curveball imaginable, people reacted in myriad ways. Some reinvented their businesses overnight, others doubled down on what they already did well, all did whatever they could to make it through to the other side.

In the case of Wicked Elf, it was more a case of bunkering down, reining things in, working on their brewery home, and calculating out how best to start again once it blew over. You might even argue it was something of a blessing in disguise for a brewery that had been through a fair few changes – significant ones at that – over the prior years.

For newcomers to the brand, it’s actually an evolution of The Little Brewing Company, which had been brewing award-winning beers in Port Macquarie since 2008. New owners took over from the founders in 2017, before choosing to name the brewery after the Wicked Elf range of beers, all while retaining many of the recipes upon which the brewery’s reputation had been built.

When the pandemic forced them to hit the pause button, they took the opportunity to enhance the offering at their home on the edge of the coastal town. While the brewery warehouse had long featured a small tasting bar, they upped the stakes considerably, creating a genuine taproom and beer garden by building out into the carpark to create a space capable of holding 150 people. A kitchen was added, ready to serve guests with epic burgers and beer-friendly snacks, while live music was added to the menu on Fridays and Saturdays too.

Indeed, such was the overhaul, it’s less an expansion than a complete reimagining of the hospo offering. It’s given the town a stylish yet warm and family-friendly venue where you can enjoy beers next to the tanks in which they took shape, or pull up seats in the beer garden to watch your kids scamper around the play area as you catch up with mates.

While the brewery has rebranded from its first decade, and moved into colour-coded cans since installing a canning line in July 2021, longer-in-the-tooth craft beer fans will recognise visual nods to its origins. They’ll also spot some familiar faces within the beers: the classic American pale ale; a cracking pilsner; the Fastidious Bastard IPA; a kolsch now called Endless Summer; a rare core range porter. To those have been added the Easy Bastard mid-strength.

Outside that core lineup, there’s been plenty of other changes too, not least since they brought in Ryan Nilsson-Linne as head brewer: a familiar face in the WA brewing scene who’d started out behind the bar at Cowaramup before brewing at Bootleg and Margaret River Brewhouse. Ryan – or Pizey as he’s better known in the industry – is a born and bred Margs boy and was keen to give his family a change of scenery. Fortuitously, his plans to move to the East Coast aligned with Wicked Elf’s hunt for a new head brewer.

Since moving in, he’s introduced the Mischief offshoot brand (mischief being the collective term for elves), which acts a place for him to play around in different parts of the beer spectrum and inject a shot of breezy fun into proceedings. At time of writing, a number of oat cream IPAs and fruit sours had made their way into the world.

If you head to their taproom, there’s a good chance there will be even more beers to tuck into thanks to Ryan giving the tiny pilot kit a regular workout. There’s talk that some of the revered Mad Abbot Belgian ale recipes might be revisited at some point too.

His arrival in Port Macquarie on Anzac Day 2021 coincided with Wicked Elf’s reemergence from their pandemic-enforced hibernation; call into pretty much any indie retailer between their hometown and Coffs Harbour now and you’ll find their cans on shelves and in fridges, while they’re ranged in local Dan’s and BWS stores too. Closer to home, they’ve been looking to entice more locals to the taproom, with Ryan discovering there are still some among the 50,000 population unaware they’ve had an award-winning brewery in their midst for more than a decade.

It presents the team at Wicked Elf with a tantalising prospect. Given their heritage, they’re the longest-established of the growing number of breweries on the NSW North Coast, yet with new faces, new beers, a new brand, and a new taproom, they now have the chance to build a new audience too.

Port Macquarie might be best known for its pristine beaches, surrounding natural beauty and koalas. But there's three breweries that call the town home too. Will Ziebell called in at them all – plus Port Mac's other beery outlets.

There's little in beer as divisive as sours: often people love ‘em or can’t bloody stand ‘em in any way, shape or form. So, for the sixth edition of BecauseWeCAN we tackle three of the kookier offerings to hit stores over summer. 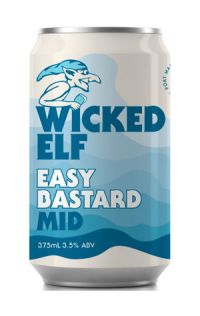 Easy Bastard is the sessionable sibling offshoot of Wicked Elf’s Fastidious Bastard, capturing some of the hop character of that bigger and bitter IPA but with far less of that bitterness and rather a lot less bigness too. The mid-strength serves up light notes of grapefruit, a touch of passionfruit and peach, and a very soft mouthfeel that makes the beer seem a little weightier than the 3.5 percent ABV might lead you to believe. Add in a dry finish and little in the way of bitterness and you have… Read more
Golden Yellow 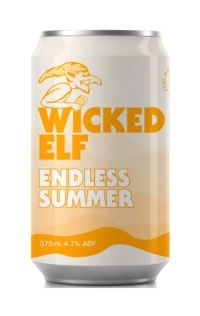 Port Macquarie’s location on the Mid North Coast of New South Wales makes it the kind of coastal town that lures visitors all year round. Sure, summer might bring extra warmth, but Port Mac’s weather doesn’t tend to fall away in the same way destinations further south do; even during the year’s coldest days, it can still be worth diving into the ocean if you’re brave enough. Endless Summer is Wicked Elf’s tribute to that state of mind: a golden drop inspired by the classic Kolsch beers… Read more
Golden 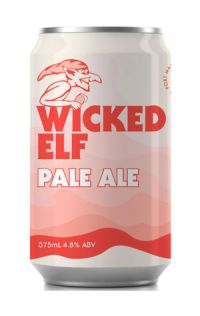 Whether a pilsner or an IPA, for the most part Wicked Elf’s core range likes to pay homage to the earlier craft beers that inspired thousands of others to follow in their wake. It's true for their pale too, with American Cascade hops taking you to a period in California when homebrewers were just beginning to forge future beer empires. Pouring a clear golden orange, Wicked Elf’s Pale Ale extracts pine and citrus from the classic US hop, sitting within a somewhat chewy, caramel malt backbone.… Read more
Rich Brown 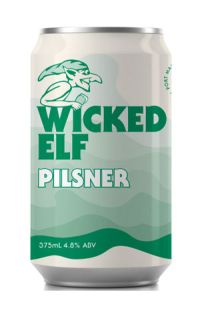 Even when your brewery is located a considerable distance from Bohemia (and that part of the world has long been less of a kingdom, more of a part of the Czech Republic), it pays to stick to a classic recipe when recreating a classic style. That’s just what Wicked Elf have done with their Pilsner; a beer made with Czech Saaz hops and pouring a glistening gold in the glass. As you bring it close to your face, you’ll detect the clear aroma of said hop: a floral, spicy bouquet. Drink it down and… Read more
Golden 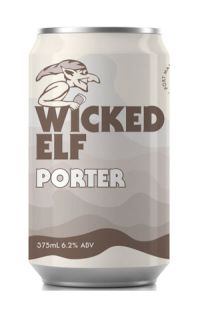 Aside from the very British name, there’s little about Port Macquarie that resembles the laneways of London (case in point: there’s a koala hospital). But there’s a reason porters have lasted so long, or at least been welcomed back as part of craft beer's rise after falling out of favour, not least as they often balance lighter and heavier notes at once, meaning that although they work best during cold, dark days, they can offer a deeper, yet still refreshing, option any time of the year. Wicked… Read more
Black 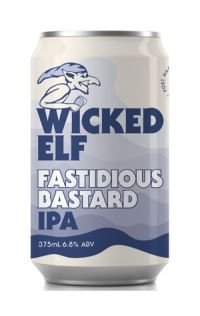 It goes without saying that IPAs are ten-a-penny these days, but it wasn't always thus. Indeed, when The Little Brewing Company that spawned Wicked Elf – initially as a line of beers; latterly as the name of the Port Mac brewery itself – launched their Fastidious Bastard in 2014 it was a relatively rare sight for a brewery's core range on these shores. It drew its influences from American IPAs of that era and earlier too, beers a fair way from the candied, fruitier, less bitter offerings that… Read more
Golden One can get up to mischief in all manner of ways – how boring would life be otherwise? – and such a mindset seems to be at play for Wicked Elf's offshoot label Mischief. After all, you won't find two beers much further apart on the beer sphere than this pair. Since taking up the head brewer role in Port Macquarie, Ryan Nilsson-Linne has shown a fondness for releasing sours. Typically, they've been of the ubiquitous fruit-flavoured variety, but here he's chosen to showcase one of the hype hops… Read more
Black It's fair to say Ryan Nilsson-Linne has been ringing the changes since moving to Port Macquarie to take up the head brewer role at Wicked Elf. Sure, some of the original beers from The Little Brewing Company days remain pretty much the same in essence, even if they're presented differently, but the launch of the Mischief offshoot has injected some contemporary colour into proceedings – and not just in the rainbow-esque labels. They kick off 2022 with a twin release of beers that are very different… Read more
Red

Plus other retailers here With a tagline of “Be Bold, Be Mischievous”, Wicked Elf’s Mischief range of beers is the chance for head brewer Ryan Nilsson-Linne to let his experience as a brewer and love for experimentation run wild. The offshoot label launched in the second half of 2021, with the brewery kicking off proceedings with Sub Tropical Sour – a beer designed for Port Macquarie’s climate. The brewery sourced the tropical fruit in purée form from Queensland and combined it with passionfruit and the Philly… Read more
Pale Yellow