There is something intensely gratifying in the surprise that comes with finding good beer in places you are not expecting it. But, as tastes have changed and ergo good beer can be found in airports and stadia, surprises are hard to come by. Enter Bravo Brewhouse, located within Kedron-Wavell Services Club – and the first of its kind in Queensland.

When the COVID-19 pandemic reached the Sunshine State in 2020, and faced with both the temporary closure of the entire venue and the permanent axing of its deeply, deeply popular buffet, the club made the decision to offer its members and patrons something different. And no, they weren’t talking about extending the route of the courtesy bus. Instead, they built a brewpub.

Since opening inside the club in December 2020, the Bravo Brewhouse team has been on a mission to convert the club’s regular drinkers and win over newcomers with its core range of six beers. These include, among others, a West Coast IPA, a golden ale and a rice lager. More than just a venue within a venue, Bravo’s beers are now offered – and are becoming increasingly popular – throughout the club’s several other restaurants and bars too.

And, while it might seem at first like an overnight decision, the move towards craft beer at the club has been a gradual one. Five years ago, almost 90 percent of beer sold at Kedron-Wavell Services Club was XXXX. By mid-2019, the club had introduced guest taps with beers from independent locals such as All Inn Brewing alongside their contracted lines. At time of writing, just six months after opening, remarkably two out of the four top-selling beers in the club are Bravo’s own.

To produce beer within the club, the brewhouse uses the SmartBrew system. Wort is produced offsite and delivered to the venue where it is pitched and dry-hopped in one of four 500L conical fermenters.

Those stainless steel vats standing proudly behind the bar are the centrepiece of the Bravo Brewhouse, which feels distinct from the rest of the club. Step inside and you’re met by a slick and moody feel with dim lighting and a glossy – almost water-like – marble bar.

Alongside the six core beers, there is a rotating lineup of seasonal releases and small-batch pilot brews. And the commitment to good beer doesn’t stop there. Guest taps feature beers by local indies including Grassy Knoll, All Inn and Aether. There’s even plans afoot to collaborate on some unique brews with local brewers.

Guests in the brewhouse can order dishes like aloo tareko and prawn and ginger dumplings from the neighbouring Red Delta Asian Eats restaurant, and there’s cocktails, wine and spirits on offer too.

For the staff at Bravo Brewhouse, success takes its form in winning over the club’s many regulars. From what they achieved in the first few months, it’s clear to see it won’t be long before the courtesy bus is filled with members happily filled with hazy IPAs. WTF, indeed. Bravo Brewhouse’s West Coast IPA has proven to be an unlikely giant killer at the enormous Kedron-Wavell Services Club. Within six months of launch, it had become the second best-seller in the venue, supplanting the likes of Great Northern and Hahn Super Dry. It’s not hard to see why though: it’s a classic West Coast IPA that could easily replace any old macro lager as the go-to Friday afternoon knock-off drink. As you would expect from the style, the malt profile is subdued and… Read more
Golden If you are going to win over the regulars – many of whom have spent a lifetime drinking mid-strength lager – with something new, the least you can do is offer a decent session ale. Lucky for everyone, this is exactly what Bravo Brewhouse have done with their Romeo and Juliet Session Ale – and the locals have been practically leaping from their balconies singing its praises. Pouring with the slightest of haze, the beer is suitably light-bodied but with enough caramel malt notes to keep things… Read more
Golden Is pacific ale truly a style? Does it matter? Did Scott Hastings strictly cling to rigid form with his and Fran’s electrifying take on the paso doble? Go on, give the people what they want. This is, after all, pacific ale, not the Pan-Pacific Grand Prix. Bravo Brewhouse’s Two To Tango Pacific Ale is, if nothing else, a crowd pleaser. In the glass it’s light and straw-like with a slight cloudy haze. It’s undeniably crisp and quenching but with enough bitterness and yeastiness in tow to keep… Read more
Golden Yellow 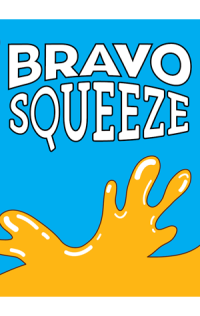 Let’s start with the places you can’t get a hazy IPA these days: churches, funeral homes, seminaries. Of course, it stands to reason you can get one at a microbrewery within a services club – their members and patrons are cut from the same cloth as everyone else. We all want the juice from time to time. Taking the venue by storm, Bravo Squeeze has been described by the staff at the Bravo Brewhouse as a bit of a runaway train. The beer itself pours a hazy, pale golden cloud with Amarillo, Citra… Read more
Golden Yellow 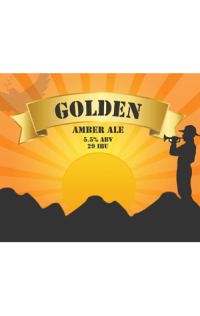 Amid a lineup of beers that tends towards dry and hoppy, it’s always a pleasure to find an amber ale in the mix. Like a piece of fossilised resin on a stark Baltic beach, the beer’s malty sweetness is a counterpoint to all those lean beers that find themselves at home in sub-tropical Brisbane. Brewed as part of the venue’s ANZAC Day commemorations, Bravo Brewhouse’s Golden Amber Ale takes its malt profile up a notch with the addition of golden syrup. The beer pours an inviting light copper… Read more
Rich Brown