When Parched opened their doors in West End in December 2021, they were opened to trials and tribulations. Not only was it a time when the pandemic was being especially prickly to hospo, but within months of the brewery’s opening the lower level of the venue disappeared underwater in the floods. It was as though the heavens opened, took note of the name “Parched” and decided to give the brewery a drink.

But the ethos of Parched is about bringing people together, and a mere pandemic-natural disaster one-two wasn’t enough to get in the way of their mission. Instead of breaking the spirit of the brewery team, these difficult times only served to bring them together and cement their place in the West End community and local brewing scene: a kind of bonding-through-adversity. Locals quickly became loyals, and Parched quickly became their friendly neighbourhood brewery.

Tucked in a side street off Montague Road, Parched extends across three levels. At street level, there’s some outdoor seating (and also bathrooms with lovely fixtures, if that’s the kind of thing younotice).

The middle level is where all the action happens: the commanding stainless steel tanks lining one wall; the dark green subway tile bar drawing the eye; the row of blonde timber picnic tables stretching the length of the room.

Upstairs, the mezzanine offers the option of hiding away in a corner or sitting at stools that look grandly out at the level below. These seats watch over the brewhouse just as the brewhouse watches over the dining and drinking area. Many options as to where you might like to sit, all brought together in one big brewpub space.

Despite its size, Parched somehow manages to keep an atmosphere of… dare I say “coziness”? I feel silly calling such a large venue “cozy” (they’ve hosted functions for 300 people!), but there’s something about the setup that keeps Parched from feeling like a warehouse space. Is it the timber panelling around the walls (inspired by brewpubs in the Canadian Rockies) bringing a sense of warmth? Is it the picnic tables that combine for larger groups to sit together, so family and friends can talk and laugh and pass truffle salami pizza and plates of Korean chicken wings to each other? Is it the way you always feel within reach of the bar, within reach of the brewhouse, within reach of the live musicians (who sing and play from the brew deck – sorry, “brew stage”)?

Whatever it is, it’s a nice vibe in which to drink beers.

Speaking of the beers – what a variety. Parched pride themselves on having something for everyone, so perpetually creating a range of flavours is the norm. There are 16 rotating taps at the bar, with a handful of styles available in cans at any given time.

That “something for everyone” mentality extends beyond beer as well. Regarding drinks, there’s a thoughtful list of Aussie wines (with a sneaky French champagne and rosé in there), a few local spirits including a non-alcoholic gin, and Australian-made soft drinks.

When it comes to the food, you’d be crazy to pass over the chip lover medley (I can die happy now). For a larger meal, there’s a spectrum of choices from fancy pizzas and burgers to a whopping bourbon-glazed BBQ brisket. There are also share plates, plant-based options for the vegans, small meals for the kids, and servings of beer ice cream for the sweet-toothed.

Of course, while the Parched team welcomes everyone, there’s a special place in their hearts for their local community. That’s why they do takeaway food and beer for their locals. It’s why they put on Pint of Pilates, and the Parched Run Club, and play major sporting events on the big screen. It’s why they have a beer called 4101 (the area’s postcode) that sees ten percent of sales go to a different community group every month.

But this doesn’t make them exclusive. Parched is family-friendly, dog-friendly, and… well, just plain ol’ friendly. When you pull up a seat on a Sunday arvo session in full view of the LED-lit brewery, look up at the huge orange hop cone mural, and take a sip from the tasting paddle recommended by the bartender, you get the distinct impression that all of this exists just for you – no matter who you are.

2-for-1 Beers At Parched

Carl Hallion's dream of owning a small bar blew up into the reality of a two-storey brewpub in Brisbane's West End. Here, we find out all about the beers and the brewpub from Carl himself in this instalment of Who Brews...?

The floods in South East Queensland and Northern New South Wales have caused all kinds of devastation. Here are some of the beer businesses that have been affected. When owner Carl first travelled to South America, a mate taught him the Spanish phrase for, “Two beers please, and my friend will pay.” (Dos cerveza por favor, e mi amigo pagara - hence the name of this beer.) I’m not sure how many times you could pull this stunt with the same friend, but this beer is clean and crisp enough to warrant you trying as many times as possible. The only thing better than a beer is a beer someone else paid for, right? Mi Amigo Pagara pours as clear as the sky over… Read more
Golden Yellow 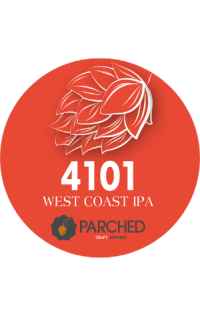 The naming of this beer’s the result of some good-natured nepotism. The postcode for West End is 4101, so Parched decided to make a beer full of character explicitly for its home suburb: 4101, a West Coast for West End. The clear and coppery appearance of 4101 hints at the deep malt character within; the sweetness starts on the nose, and remains steady from that first bitter sip. A solid hopping of Mosaic, Centennial and Simcoe – the payload totalling 13 grams of hops per litre – yields waves… Read more
Golden 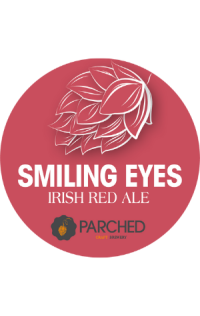 Malty but mild and flickering with flavour, ol’ smooth Smiling Eyes is a real charmer. Owner Carl wanted to make an Irish red ale as an homage to his Irish heritage, and who can blame him? It’s just the thing for lovers of malt in a Brisbane climate. In pairing traditional hops (East Kent Goldings) with a less traditional yeast (a kölsch yeast from White Labs, which makes for a super clean fermentation), this beer is all about the malts. They shine with delicate but delicious flavours of dark… Read more
Red Brave New World and Creaming Soda are two sides of the same coin. Most of the beers that come through the tanks at Parched sit in the 4 to 5 percent ABV range, and Brave New World teeters at the top end of that. That just about sits it in hazy pale ale territory, but the wallop of juicy hop character it brings lends itself to the IPA name. With two parts Citra to one part Zappa and one part Idaho 7, it’s unsurprising there’s a heavy citrus element in this beer. But it ain’t one-dimensional:… Read more
Golden Yellow Carl, the owner of Parched, asked his graphic designer friend Anthony if he’d design the logo for the brewery. He agreed, and Carl was so pleased with the result that he wanted to brew a sour in Ant’s honour. When he asked Ant what flavour he wanted, Ant answered: “I want a red one!” Creative types, huh? They make everything difficult.† The base for Sunset Sour is similar to stablemate Tewy’s Misery, but soured and with pomegranate thrown in to bring the colour and extra fruity tartness.… Read more
Red 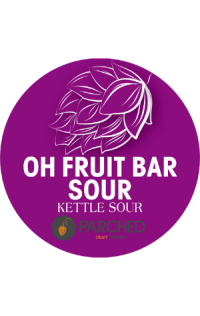 A chat with Parched owners Carl and Pauline will quickly reveal that the brewery grew out of Carl’s long-time dream to own a small bar. And when Pauline talks about Carl’s love of brewing beer, she jokes that: “He got the bug and I came along for the ride!” But with all the work she puts into Parched – procurement, marketing, social media, decorating – she’s far from just a passenger. When Pauline was a kid, her family lived on the Gold Coast, and her dad was the distributor of Weis… Read more
Pale Yellow California Common isn’t a style you see very often any more, but it has a cool story. So gather round and let me tell you a tale… In the 1850s, when German immigrants in America got it into their minds to head west for the California Gold Rush – as many people did – they came ready to brew lagers. But it turned out ice wasn’t readily available out west, so they couldn’t achieve the cold temperatures they’d usually turn to when making lagers. Instead of letting that stop them, the brewers… Read more
Golden 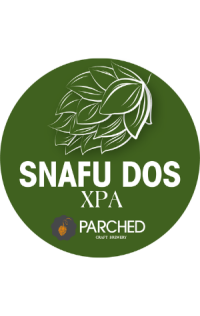 TFW your popular XPA was actually a failed attempt to make a hazy IPA; specifically, the second messed-up attempt to make a hazy IPA, hence Snafu Dos. Snafu Dos is hoppier than many XPAs (see above – it was originally an IPA recipe!), with resin and tropical notes playing together on foundation of soft malt sweetness. The finish is clean, the booze is gentle, and the result is delicious. But it started as a happy accident. Mick Wüst… Read more
Golden Yellow When I looked at the glass of Tewy’s Misery in front of me, shining bright like a glass of golden sap, I had an idea of what I’d be getting. I was wrong. This beer played out as a bit of a shapeshifter for me. The first thing it offered up was a sweet rockmelon aroma, so I expected those notes to enter my mouth and float around in my upper palate. Instead, this light and refreshing hop character was fairly subdued in the mouth, and instead this beer shifted to rich notes of sweet biscuits browning… Read more
Golden Two mid-strength beers designed to be easy-drinking thirst-quenchers. Let’s not waste time (or any more hyphens than necessary). The Pilot pours a deep gold, almost rust colour that may look confronting to someone expecting a light beer. But get into it and you’ll find the right amount of sweet malt to hold up the citrusy bitterness, all in a tidy 3.8 percent ABV package. Easy Rider is much closer to the quaffable lager many think of when they hear "mid-strength". I could talk about… Read more
Golden 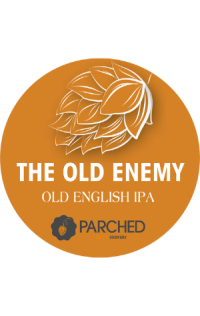 Well, I’ll be. I thought I knew what to expect from an English-style IPA, but this one knocked me for six. I’ve had English IPAs before, but none of them tasted like this – not the imported ones I’ve tried (which aren’t as fresh as they should be) nor the Australian-brewed examples aiming to replicate the style. The Old Enemy isn’t just labelled as an English IPA but as a Burton-upon-Trent IPA, and I’m grateful for the distinction; as mentioned, this isn’t what most of us would describe… Read more
Golden