On West Burleigh Road, tucked behind a petrol station, is an aqua and black building. It’s stylish. It’s breezy and full of natural light. It’s comfortable and chilled, yet charged with atmosphere. It’s Burleigh Barrels, a brewery, distillery and smokehouse that isn’t just located in Burleigh: it captures Burleigh.

It starts with the beach vibes. The white furniture and brush fence out the front of the venue could belong to a beachside café on the esplanade. Above the bar, there’s a huge breaking wave made of natural timber, which brings to mind the driftwood that washes up on Burleigh Beach after a storm. The core range beer names all point you eastward to where the sand meets the sea. Even the logo incorporates the Burleigh DNA, being a cleverly designed (beer) barrel, rolling within a (wave) barrel.

But Burleigh is no longer just a surf town. Over the years, it’s grown and matured and developed more character, and Burleigh Barrels reflects that laidback lifestyle for which Burleigh is known. Lazy afternoon sessions with mates. Buzzing weekends with pumping live music. Locals running into people they know every time they visit. Relaxing in the beer garden and celebrating under the festoon lights. It’s an attractive destination venue for visitors, but it’s easy to see the locals love it as a place to call their own – the line of push bikes outside and the dogs beneath the tables give it away.

Step up to the bar and you’re faced with 24 taps featuring the tastes of the Gold Coast. Burleigh Barrels’ core range beers are the cornerstone, with a couple of them coming straight from stainless 1,000 litre serving tanks behind the bar. These six beers all picked up medals at the Indies within the brewery's first six months of trading, so you know they're up to scratch. Flanking the core beers are a few BB special releases; a 400L pilot brewery (tucked away in a separate site down the road) gives Burleigh Barrels a place to make experimental small batches and play around with new ideas. The remaining taps are given over as guest taps for local brewers to showcase other styles. It’s hard to get around to all the breweries on the sprawling Gold Coast, so at Burleigh Barrels there’s a spread of selections to make it easy to try them all.

But this isn’t a brewery venue that only caters to the crafty drinkers. There’s a curated wine list with predominantly Australian wines by the glass, including wines from Elderton Estate, whose barrels are used as tables around the venue. There’s a strong back bar brimming with spirits from local distillers, and the bartenders are always keen to shake or stir a cocktail to suit any taste. Everyone gets their drink of choice at this brewery.

As well as being a brewery, Burleigh Barrels boasts being a distillery and smokehouse; while, at time of writing, the house-made spirits are still on the way, the smokehouse is all systems go. The smoker itself is a beast of a machine that provides the kitchen with all the smoked meats it needs to go on pizzas, in burgers, and in tacos. Or if you want to focus on the meats, you can get a brisket, pulled pork and ribs board with slaw and cornbread on the side.

This is proper American BBQ. Throw in some interplay with the brewery side of things – pale ale BBQ sauce on the wings, amber ale and bourbon sauce for the brisket, beer battered fries – and there’s plenty of excitement on the menu. There are also gluten free pizza options, vegan offerings such as hearty char corn salad with sherry vinaigrette, cauliflower tacos, and chargrilled veggie stacks, plus a children’s menu. And this is all before you even get to the dessert, with authentic key lime pie and sticky date pudding with a gooey caramel amber ale sauce.

If you come to Burleigh Barrels just for the beer, you’ll be well and truly satisfied (although that won’t stop you from grabbing a few takeaways on your way out). But there’s so much more going on. It’s a place to bring your non-beer friends for all the drink options they could want. It’s a place to celebrate: you can book the function room with its own ten-tap bar. It’s a place where you can clear your head, as music and laughter and food and drink make it easy to while away the hours.

And as those stacked barrels start releasing their spirits into the world, and the venue slowly expands to include a mezzanine level and rooftop bar, it’s growing more and more into a place you’ll never want to leave. 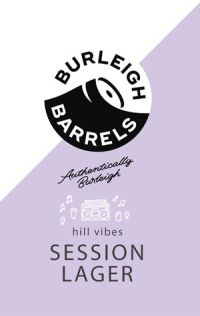 The Burleigh locals love their hill vibes - times when everyone has the same idea of chilling on the headland. Bring some friends, bring a picnic, bring some tunes, and watch the surfers do their thing. Time loses all meaning. Burleigh Barrels brewed Hill Vibes Session Lager with this in mind. It’s a modern take on a Munich helles - light and clean from the first sip, but not without character. An addition of honey malt gives it enough body and personality to keep you wanting more, and its 3.3… Read more
Pale Yellow 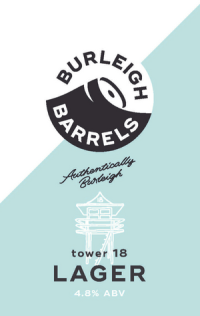 Tower 18 is where the lifesavers watch over Burleigh Beach, making sure everyone’s safe and having a good time. If you’re a fan of Euro lagers, you’ll find this Tower 18 makes sure you have a good time, too. It plays halfway between a Munich helles and a Czech pilsner, starting with a mouthful of sweet malt character and ending with a lick of spice bitterness from the Saaz hops. This is the most popular brew at the Burleigh Barrels venue, and it pours straight from a big serving tank behind… Read more
Golden Yellow 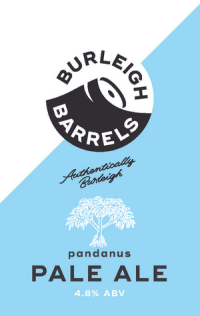 Even though pandanus plants are spiky and uninviting, they’re so prolific at both the Sunshine Coast and Gold Coast that they evoke memories of beach trips and sunny days for many of us. Pandanus Pale Ale isn’t uninviting, but like the plant, it does offer a layered experience. A pale ale that straddles drinkability and complexity is a wonderful thing. Pandanus brings together pale, Munich, Vienna and caramel malts and uses Idaho 7, Cashmere and Citra hops to build up a multifaceted flavour profile.… Read more
Golden 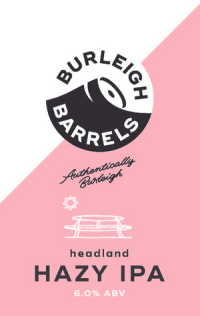 This may be one of the heaviest entrants in Burleigh Barrels’ core range, but it floats like morning mist on the headland. Head brewer Chris Smith took seriously the challenge to create a hazy IPA that brings loads of punchy aroma and flavour without overwhelming anyone’s palate. He played around with different combinations of hop varieties (including Yakima’s CryoPop blend) to get the right mix of juicy fruit notes he was after, before tying them together seamlessly with a citrussy bow of… Read more
Golden Yellow 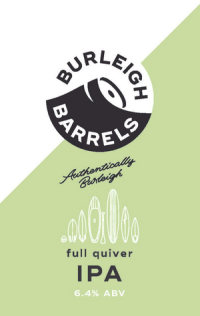 Full Quiver sits in the camp of modern west coast IPAs - balanced and bitter while staying well clear of ‘palate-wrecker’ territory. Its streamlined malt bill keeps it from being a chewy monster, but there’s still a healthy body and a touch of caramel to pave the way for the hop flavours. While Citra, Mosaic and Simcoe are a classic hop combo found in many IPAs of yore, Full Quiver yields its flavour from Citra, Mosaic and Sitiva, a new hop blend out of BSG Hop Solutions. Sitiva brings a note… Read more
Golden When I was getting into craft beer a decade ago, amber ales were the style that showed me the world was bigger than just lagers and pale ales. The colour. The maltiness. The complexity. Amber ales changed my life… and then they fell out of vogue and I rarely see them anymore. So I was stoked not only to see that Burleigh Barrels includes an amber ale in their regular line-up, but to hear that it’s one of the most popular beers at their venue. I’m glad others are appreciating the layered malts… Read more
Red When Burleigh Barrels saw their first Crafted Festival on the horizon, they saw the opportunity to brew up a couple of fun beers for the festival goers (and to put on at the Burleigh Barrels taproom, of course). Burleigh Mule Sour is their take on a Moscow Mule, which is a cocktail made with vodka, ginger beer and lime juice, and garnished with a wedge of lime and a sprig of fresh mint. There’s no vodka in this sour beer, but there is ginger, lime and mint, and you can taste each of them distinctly.… Read more
Pale Yellow