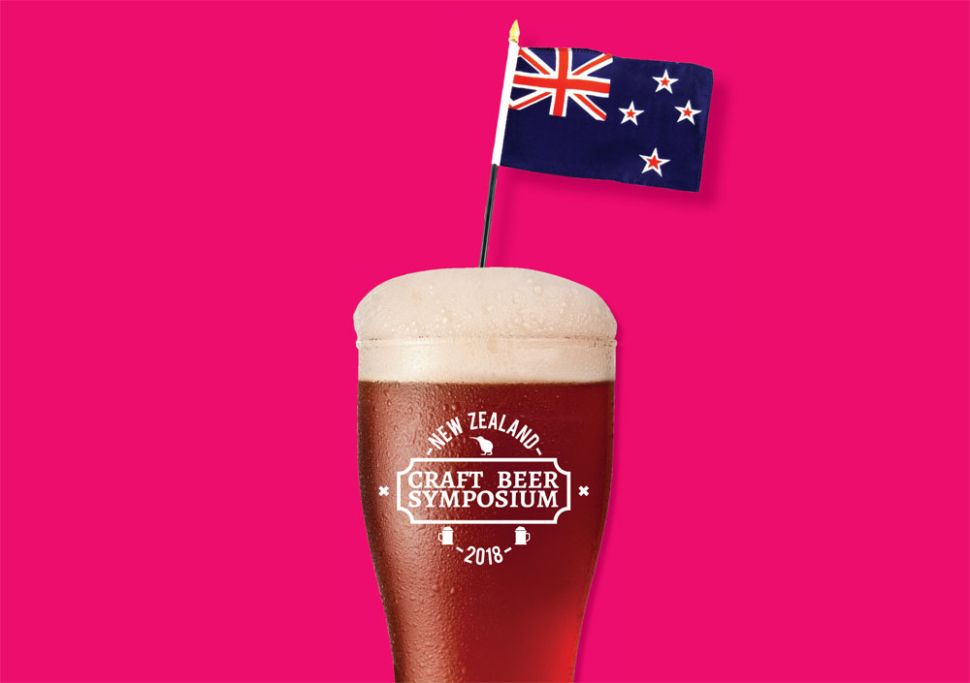 The NZ Craft Beer Symposium is back for a fifth year, taking over taps at more than 20 beer bars across Australia in February 2018.

This time around, ten Kiwi brewers will be featured and, once again, there's an epic road trip around New Zealand – including a trip to Beervana – up for grabs.

The idea is simple: founder Paul Stieglbauer wanted to showcase more great beers from his homeland in Australia so each year lines up some of the best venues in Australia to do just that. You go along and drink those beers and, when you buy a pint, go into a draw to win the prize, flights, accommodation and all (see below).

You can view the full list of participating venues covering every state plus ACT here.

The dates that each venue is running the Kiwi beers on their taps varies, with the first, Sweeney's in Sydney, kicking off on February 2, followed by The Durham in Canberra the following day, The Catfish in Fitzroy on February 5 then a whole host from Waitangi Day itself.

You can find links to the Facebook events set up by most of the participating venues here.

One Mean As Prize

So what's up for grabs as part of this year's Symposium. Just the small matter of...

A superb road trip encompassing the Volcanic Highway in the central North Island of New Zealand. Leave Auckland and drive to Rotorua and settle in after a big day. Wake up and, with coffee in hand, drive to Mata in Whakatane to meet Tammy and her mother Gloria for an introduction to what it means to operate a world class craft brewery.

The trials and tribulations of owning a brewery don't stop there as you head to Rotorua to meet Paul Croucher from Croucher Brewery. In the evening you will be required to attend an Aus vs Kiwi brew experience at Brew Bar in Rotorua.

From there it's to Taupo where James from Lakeman Brewery will take you for a tour of the brewery and a tourism experience that will shake your boots followed by an insider's guide to nightlife in the Queenstown of the North Island. Then head to Ohakune and meet Austin from Ruapehu Brew Co, who will be your personal guide to Turoa to ski or snowboard. After a big day on the slopes, you will be hosted by The Kitchen and a bunch of brewers on their way to Beervana.

You'll end up joining them in Wellington to enjoy the delight of the craft beer capital of New Zealand and the world of Beervana. Next minute, it's Sunday and you're heading back to Australia wondering if it was all just a dream...

You can read about some of these breweries and more in our travel features on NZ's North Island here.