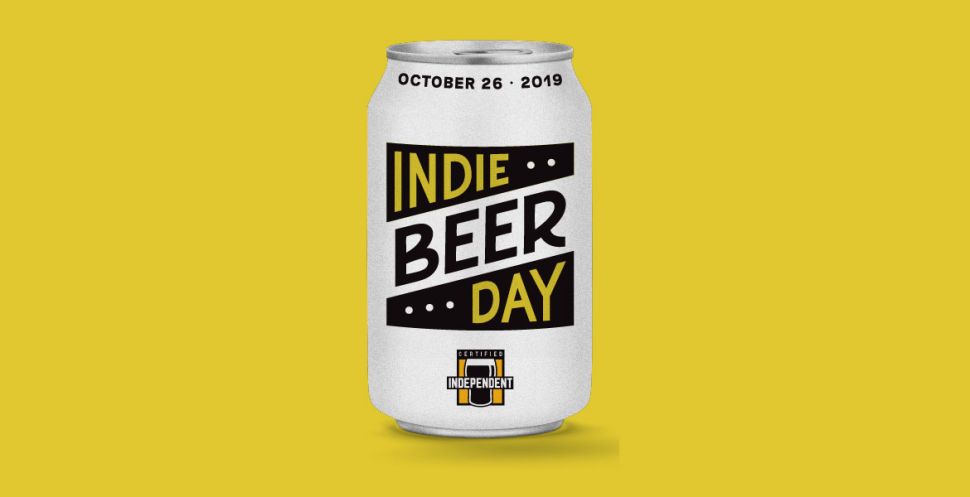 If you've been paying even the slightest bit of attention to the local beer industry in recent years, you'll notice a move away from "craft" to "independent" among the country's smaller brewers.

In the wake of the acquisitions of some of Australia's most popular brewing companies by multinationals – and in keeping with a trend in other developed beer scenes – smaller brewers have been keen to focus on their ownership and independence as a reason for drinkers to back them.

The Craft Beer Industry Association became the Independent Brewers Association and last year launched an independence seal for members to use on their products and other marketing materials.

And now they've launched a day in celebration of independently-owned Aussie beer: Indie Beer Day. You can read more about it in our interview with the man who conceived it, Bad Shepherd's Dereck Hales.

It takes place on October 26 and, at time of writing, more than 150 events had been registered with the IBA. You'll find a list of all IBA members and businesses that have signed up to Indie Beer Day here.

At the centre of it all is a plan for beer lovers and those in the industry to raise a glass of beer to indie beer at 2pm AEDT.

The build up to the day has also seen the IBA roll out its independence seal for supporters; previously, it was only available for IBA members, but now venues, event organisers, other beer businesses and supporters can sign up and pay a fee for the right to be part of the campaign.

Given The Crafty Pint created the national Craft Beer Rising days in 2014 and 2015 – "Celebrating local beer from local brewers at the best local venues" – Indie Beer Day is a concept we can get behind.

To find out more, head here, and to become a registered supporter head here.

Keep tabs with updates via the Indie Beer Day Facebook event – and don't forget to use the hashtag #askforindiebeer if posting on socials.

HOW TO GET INVOLVED:

If you're a bar, restaurant, bottleshop or similar business that wants to sign up to use the Supporter Seal, it is an annual fee of $100 (ex GST)

On approval you will receive digital and physical marketing material, along with support from the Independent Brewers Association marketing team for your Indie Beer Day Celebration.