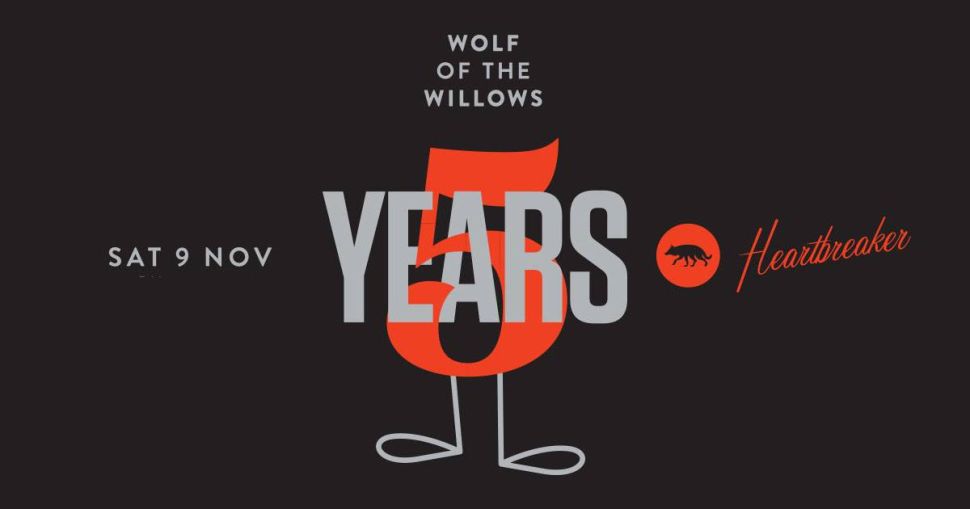 After half a decade of operations, Wolf of the Willows are holding a double-header celebration at two of their favourite Melbourne venues.

After Friday's showcase at Carwyn Cellars, on Saturday they'll be at Heartbreaker Bar (234a Russell St, Melbourne).

Wolf beers, including their new XXXPA, are being tapped from midday, with birthday beers and cheers running 'til late.