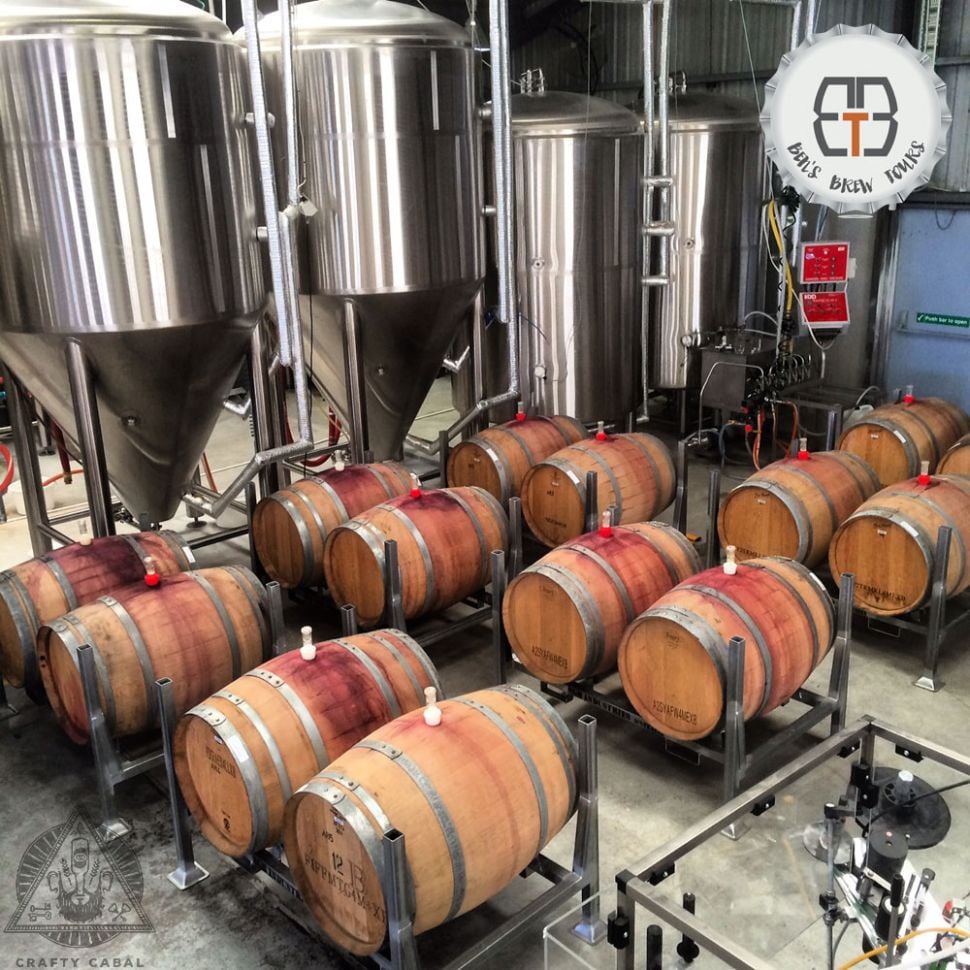 Cabalistas are invited to an exclusive Barrel Room tour and tasting at Boatrocker Brewery.

Boatrocker is one of the most exciting breweries in Australia. Late in 2015, its owners opened Australia's first Barrel Room, where more than 200 barrels are filled with beer surrounding a 15 tap bar.

Cabalistas are invited to spend the afternoon of April 17 with Boatrocker founder and head brewer Matt Houghton, enjoying an exclusive tour, tastings direct from barrels, cheese & charcuterie and guided tastings of beers from the bar too.

We're busing people from Melbourne's CBD with Ben's Brew Tours – and doing a shuttle pickup from Mordialloc Station too.

The cost? Just $25 per Cabal member ($20pp if being collected from Mordialloc) for everything – travel, tour, barrel samples, tasting paddles and food.

NB The bus from Fed Square is fully booked, but there are still spots available for the Mordialloc pickup

If any of the spots aren't filled by Cabalistas, we'll put the remaining tickets on sale to the general public for $70 from April 1, 2016.

This is an intimate event with just 21 spaces available.

For more on The Crafty Cabal, our reader subscription / bonus scheme, head here.