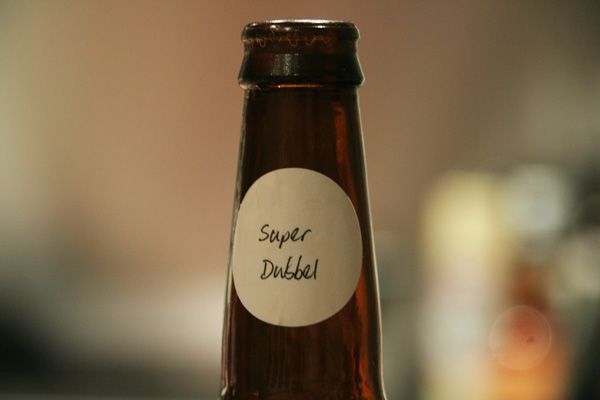 For every action, there is an equal and opposite reaction. So said Sir Isaac Newton, a man whose most famous moment of inspiration suggests he was more of a cider man, but whose Third Law could easily be applied to the Aussie beer scene – at least if recent experiences are anything to go by.

On consecutive days last week, two deliveries arrived on The Crafty Pint’s verandah. Both contained beer, yet they were beers from very different universes: like chalk and cheese, the pair highlighted the different ambitions of those at the opposite extremes of brewing in Australia today. 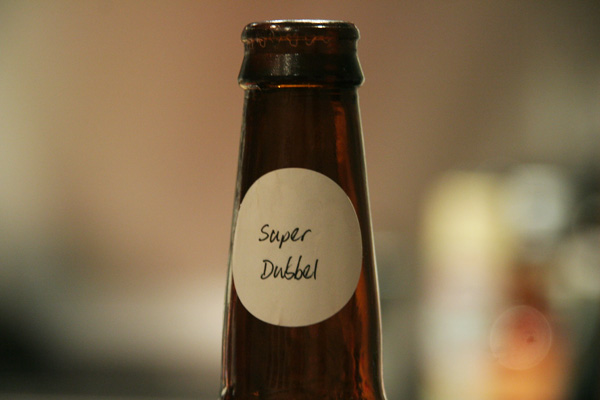 First to arrive was a six-pack of Pure Blonde Naked Ale – the mid-strength, low-carb beer originally launched by Foster’s in Queensland, NT and WA but now going nationwide. It arrived with a bottle of Crown Ambassador Reserve 2010, recently savaged by beer writer Willie Simpson in the Sydney Morning Herald – of which more later. Then on Friday came a well padded cardboard box from Bright Brewery. Turns out the brewers from the Victorian Alps have been doing more than experimenting with mini-kegs; inside was a sample of the tentatively named “Super Dubbel” or Fainters 13: a souped-up version of their Fainters Dubbel Belgian Abbey-style beer made with a similar freeze distilling technique the BrewDog team used to make their world record strength beers Tactical Nuclear Penguin, Sink The Bismarck and End Of History. A tasting with a difference beckoned…

Given The Crafty Pint is all about the craft beer industry and that a fellow taster is firmly of the opinion that anyone considering a light beer should drink a full strength one instead at half the speed, the omens for the Naked weren’t promising. Indeed, reference was made to its water-like qualities. But credit where it’s due: for what they’re attempting, it’s better than many on the market. After all, if “low carb” is something you care about in beer, chances are flavour is way down your priority list. It’s inoffensive and clean with no more than a hint of malt and hops. In the craft beer lover’s eyes, the use of Galaxy hops in a beer like this when they can be used to make something as delicious as Stone & Wood’s Draught Ale or Bridge Road’s Harvest Ale (the 2009 vintage especially) might seem criminal, but this beer isn’t for the likes of you anyway. 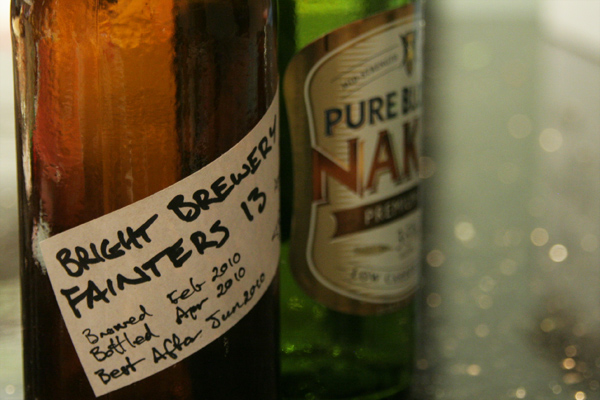 So what of the Fainters 13? For an experimental batch – the first trial in fact – of a beer utilising similar freeze distillation methods that allowed BrewDog to reach such crazy heights it’s impressive. Pouring a rich, cloudy reddish-brown, it assaults the senses immediately with a hit of sweet malts, molasses and rich, dark fruit aromas. The alcohol is definitely there too but not unbearably so and when it appears in the mouth, it’s as a steadily warming afterglow once your palate’s been overwhelmed by the tide of caramelised and, rather unexpectedly, roasted malt flavours. The bitterness from the latter lingers, possibly in cahoots with some from hops, in a powerful concoction that’s currently undergoing trial number two.

For those who care about such things, freeze distillation works by cooling the beer to a temperature where the water content – and anything else that freezes at a higher temperature than the ethanol – freezes and can be removed. Much of the good stuff that gives beer its complexity is soluble in ethanol so you end up with something like a concentrated “beer syrup”.

Bright’s Scott Brandon says “we’re looking at some new systems so that we might be able to produce this more commercially”. Someone should lend them Ice Cube’s It Was A Good Day – would love to see what happens when they “**** around and got a triple double”. Which just leaves…

Willie and the Stink

When you’re packaging a beer in box plush enough to keep Count Dracula cosy and happy overnight, sending 1 of 7,000 numbered bottles to the Queen, then charging your Aussie customers $90 for a longneck, you don’t want one of your country’s most respected beer writers talking of “wet horse blanket” and suggesting the public keep hold of their money. But that’s what just happened to the 2010 Crown Ambassador, the third vintage of CUB’s flagship reserve lager.

The brewer behind it, John Cozens, claims they were expecting some variation across the vintage, which this year has been blended with a small percentage of the 2009 Ambassador that had been aged in Penfolds wine barrels. Willie Simpson suggests this may have introduced some unwanted brettanomyces into the mix – a wild yeast used in some Belgian beers to produce a sour outcome. 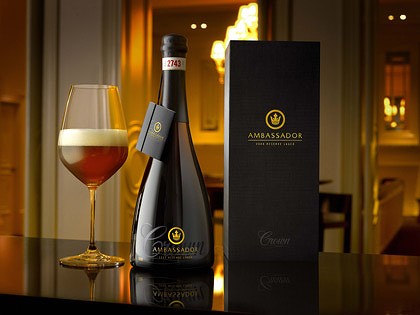 And there was certainly no mistaking its presence in the bottle we tried either. It may have looked OK in the goblet: a fierce copper with a slight haze and an off-white, foamy bubblebath like head – but its aroma screamed Lambic or gueuze. The 10.2% alcohol was prominent too; the promised “appealing fruit-like notes” from the late addition of fresh Galaxy hops nowhere to be seen.

On the palate it’s no less harsh, as the article above points it. The beer will, no doubt, mellow and change over time, but there’s something in there that shouldn’t be and that isn’t going to disappear. Still, with a bottle tucked away until next year, it’ll get a second chance.