Were there a contest for hardest working man or women in beer, there would be a host of candidates. An industry based around mostly small, independent businesses playing in a market that's only just starting to get it, and faced with plenty of impediments to success, is only going to grow as fast as it is if people are willing to slog their guts out.

Even so, we reckon James Booth at Black Dog in Glenrowan, named after his dog Macca (pictured below) who passed away earlier this year, would attract short odds.

Born into a winemaking family – he's the fourth generation to pick up the baton in the vineyards lining the roads bearing his family's name – he began home brewing a few years ago before being encouraged to test the market with some of his brews. He launched Black Dog initially with a tiny 70 litre system before investing in a spanking new Italian microbrewery to which he continues to add upgrades, most recently to the packaging line to bring his bottled product closer to his draught beer.

What this means is an annual schedule that sees him make all of Taminick Cellars wines while running a growing beer business at the same time. Then there's the young family and the fact he has to send everything he makes out from a site reachable via several kilometres of unpaved road.

Still, after a little cajoling, he found the time to supply some answers for our Brew & A series. Over to you, James... 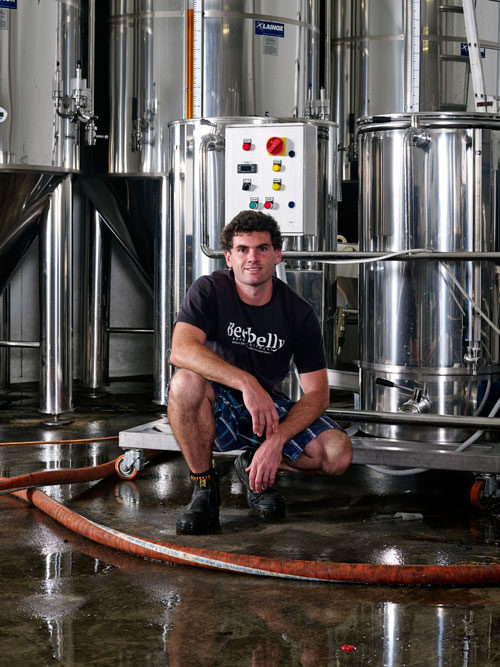 I am a brewer because I love crafting booze. Coming from a long history of family winemaking, I found brewing a break away from the wine. As the saying goes, it takes a lot of good beer to make great wine.

Being able to take quality ingredients and create something unique is quite a lot of fun too.

If I wasn’t a brewer, I would still be a winemaker. It’s in my blood.

I think the beer that first inspired me was Little Creatures Pale Ale but the beer that really made me take [what was then] just a thought of opening a brewery to actually setting a plan in motion was BrewDog Punk IPA – it was just so bold and hoppy.

From then on I looked for as many different beers to try. I know when I used to do wine deliveries to Purvis Cellars, I would walk away with just about as much in beer. Adam always said: “You have to try this.” and “These guys produce great beers too.”

I think for me my Hell Hound IBA is my best beer. Well, at least to me. [At Crafty Towers too – it's the beer that made the site's founders 150 Great Australian Beers book]

I love the combination of smooth, roasty, chocolate and coffee malt combined with big, punchy citrus and pine hop character.

I would say it would be a close call between Maris Otter malt or the hop Citra. Both are awesome and I use them in just about all of my brews.

I’ve never released a beer I haven’t been happy with; I’ve always had a philosophy that if you wouldn’t drink it yourself why think someone else would? I think if you use quality ingredients its pretty hard to make undrinkable beer.

I think Sierra Nevada would be a fantastic opportunity. Those guys have been at the forefront of craft; I think of them as the Godfathers of the American craft beer scene.

They make great beers but I also like how they produce their own malt and hops and are into renewable energy sources. I think there would be much to learn about brewing but certainly a lot on how to do so with minimal impact on the environment and being sustainable.

I would have to say Little Creatures to begin with but I have a lot of respect for fellow High Country brewery Bridge Road Brewers. Ben is always great to talk to and certainly has his finger on the pulse regarding craft beer. 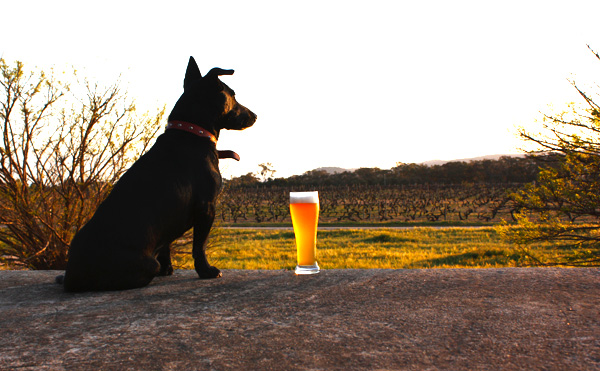 If it was a beer to session, I’d have to go either Mornington Peninsula Brewery IPA or Bridge Road Beechworth Pale.

Soundtrack would have to be either some Black Keys or the Foo Fighters.

Pretty easy! If i couldn’t have beer, I’d definitely say a nice full bodied shiraz. I’ve had some cracker shiraz from the late 90s and early 2000s.

I think you’re always learning no matter what, so to pinpoint one thing is pretty hard.

Best advice I can give [to prospective brewers] is to be in the industry because you have the passion for it. If you’re in it just to make a quid you will soon come to learn it takes a lot of work, but that’s what passion is: putting it all on the line for the love of what you do.

My brewery turns four this year and it’s certainly taken a lot of hours to get where we are now with plenty still to get done.

But, then again, I still am a winemaker too so there are a lot of long days to get everything done.

Which must require an even greater amount of beer! Thanks for your time, James. You can read other Brew & As here. As Bright Brewery prepare to launch their first "Mystery Beer" we caught up with head brewer Reid Stratton. The recent signing from New England Brewing Co has a fascinating past take in Jolly Pumpkin and musical squeaks and farts. read on