Newly rebranded Vale Brewing (formerly McLaren Vale Beer Company) has let its head brewer Jeff Wright off the leash with the launch of a new brand Fox Hat Brewing [Get it? – Ed.]. It's the latest venture for the business established initially in 2008 as a brewing company based in South Australia but brewing under license interstate before building its own brewery in Wilunga, in the heart of McLaren Vale.

Vale's core beers are already well known throughout much of Australia, particularly the flagship Vale Ale, which took out an eye-catching number one spot in The Local Taphouse's Hottest 100 Aussie Craft Beers poll in 2010. In past few years, the brewery has released occasional limited run beers under the EXP banner but, following the realigning of Vale, Jeff and the guys who this year consolidated their ownership of the business – brothers Tim, Pete and Michael Collin – thought it was time to produce a premium range.

Thus they came up with Fox Hat Brewing, beers that would still be associated with Vale Brewing but released under a different label. The name was decided upon during a group brainstorming session and fits the thinking behind the brand: letting the fox (brewer) loose to create new and innovative beers.

“Fox Hat will be a line or range that will reflect our personality as brewers," says Jeff (pictured below). "It is a way to keep our interest in using new hops and working with new styles.” Or, as Fox Hat's Facebook page states: “They called me sly – now I’m on the loose, they’ll see just how crafty I am. Catch me if you can.”

Initial offerings from the newly formed Fox Hat Brewing suggest the beers will typically be bigger and higher in alcohol – “big, bold and balanced,” says Jeff. Two beers have been released so far: the Phat Mongrel American Stout registering 6.5 percent ABV and the metric IPA a West Coast style IPA, which comes in at 7 percent. 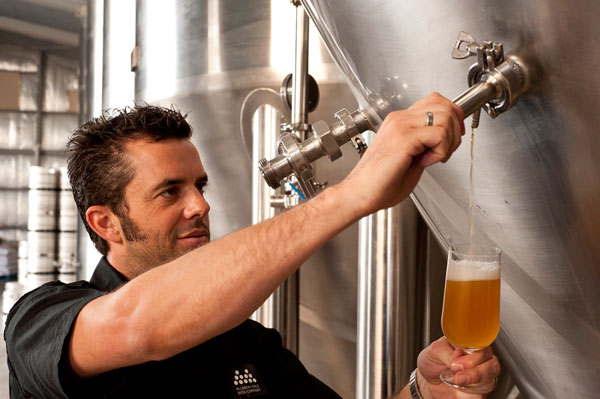 The American stout is a thick, rich stout with a coffee coloured, creamy head and chocolate roast malt flavours.

As for the IPA, with Jeff not a fan of the term "imperial", the team decided to call it a metric IPA as there was exactly one metric tonne of grain included in the mash. For now these two will make up the core range. Looking ahead to what's coming next, Jeff was unsure; "We will have to start thinking of a third,” he says.

Although the label is only young, they have already thrown themselves out and about, hitting outlets across SA and interstate. They have also already completed a collaboration with Adelaide Hill’s brewery company Prancing Pony. It was decided, after many beers, that Prancing Pony’s India Red Ale would mix perfectly with the Fox Hat’s stout, and so it was, ending up as the Foxy Pony.

With the backing of one of South Australia’s biggest microbreweries, Fox Hat Brewing has been let out of the gate and set free to create. And, presumably, should any drinkers out there not take to the beers, they'll have a ready response: "Well, Fox Hat."

Keep tabs with all things Fox Hat via the brewing company's Facebook page. 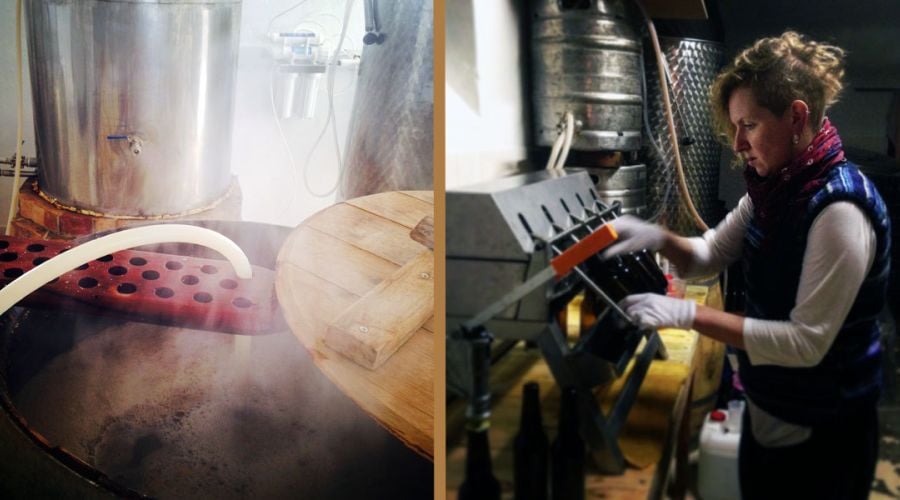 South Australia's newest microbrewery sees historical brewing return to Robe Town as a Latvian couple open the doors of one of the country's most unlikely breweries. read on