Once upon a time, we used to shine a spotlight on Aussie beer blogs pretty much monthly. The slot was called, rather innovatively, "Blog of the Month". Given it's almost two years since we last ran one, we feel the title has somewhat lost its relevance. But Aussie beer blogs continue to come and go so we're bringing the spotlight back but giving it the rather more open-ended title: "Aussie Beer Blogs".

First to christen the Aussie Beer Blogs realm isn't actually an Aussie, but he does write a beer blog on Aussie beer from his home in Brisbane (and tells us he's not far off being able to apply for citizenship). His name is Jason Poffley and he's one of the mainstays of a generally vibrant, sometimes ephemeral, Brisbane beer bloggers scene, one that has seen its members come together for brew days and hold competitions and events during the city's various beer festivals.

So here he is. All being well, he'll be joined by more bloggers before another 22 months pass. Speaking of which, if you write a beer blog or record a podcast on beer in Australia, feel free to drop us a line.

What do you do when not drinking beer and writing about beer?
I’ve recently gone back to university, so I’m a full time student. I’m also working casually at a GPS retailer here in Brisbane.

Name of blog: Brews and Bacon

I started Brews and Bacon for the 3 ‘F’s: fame, fortune, and free beer in the mail. After almost two years, I can safely say I’ve achieved zero of the above.

Really, though, I had no idea what I was doing when I got started. I was still pretty fresh to the good beer scene in Australia. I remember trying to come up with a name for the blog and coming to a decision on one I thought was really clever and no one would have thought of. After doing a bit of research, however, I found that “The Crafty Pint” was already in use and, to avoid any potential lawsuits, I should probably find something else.

From that point on, it was more about educating myself on beer and documenting what I come across. It’s morphed a bit in the last two years, but I’m trying to go back to my roots.

What do you tend to focus on?
It’s a mixed bag, really. For a good period of time, I didn’t have any real focus, and I feel that made it much more difficult to write.

As of now, I’m trying to put out a little bit of something for everyone, but putting my focus on beer education and trying to make good beer more approachable for those who want to try but don’t know where to start. I wanna be the guy on the corner with the open trench coat saying: “Hey, man, wanna buy some craft?”

Why should people read it?
This is actually a question I ask myself quite a bit. More often than not, I come to the conclusion that they probably shouldn’t.

Really, though, I’m just a normal guy who goes to work in a non-beer related job, doesn’t drink EVERY special release beer that comes out, doesn’t go to all the events, and has a low to moderate understanding of what’s going on in the beer world. I am the 99%, pretty much.

Because I’m just another bloke, that might make me more appealing to some readers and get them interested in joining me in my good beer journey.

What do you love and enjoy most about beer?
Bubbles and the variety.

Beer has so many styles, flavours, and colours; it can be easily paired with any food and can suit any occasion. Even within the styles themselves, taste can range drastically and I love that.

But mainly, I’m in it for the bubbles. 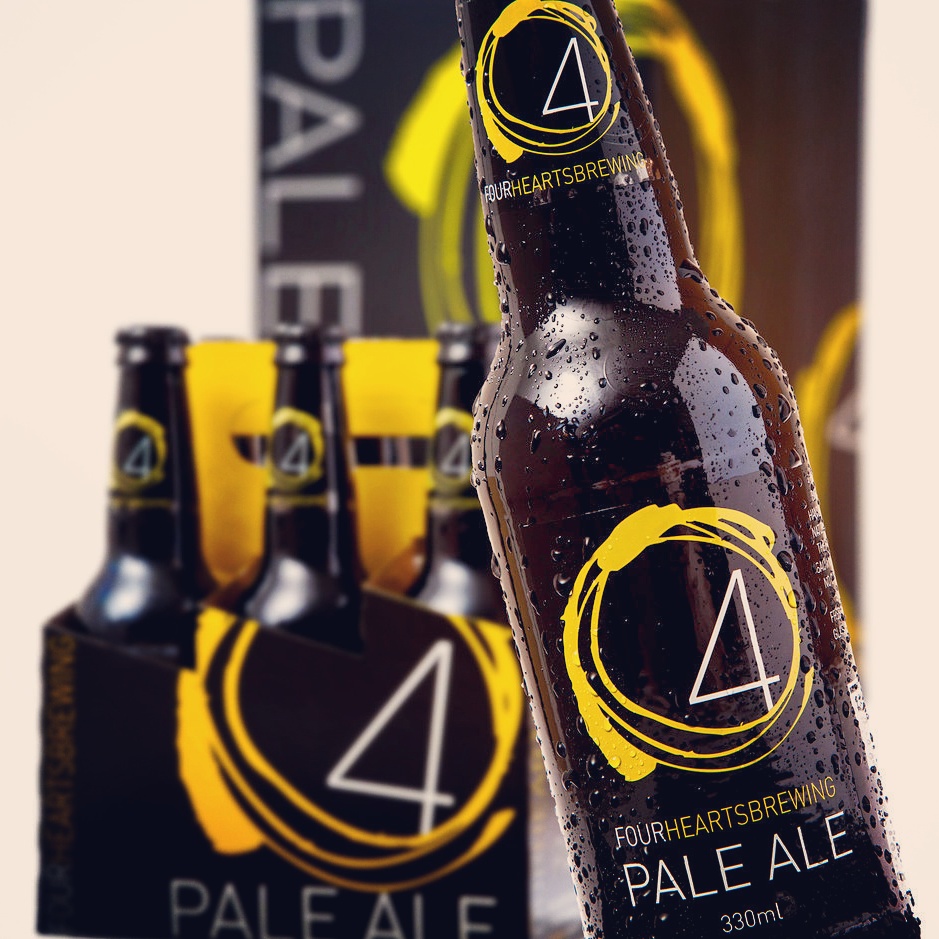 If I base my favourite on my top go-to beer, it’d be a three-way tie between Noisy Minor’s Anzus IPA, Newstead Brewings Two to the Valley and Four Hearts Pale Ale. All are top quality, easy to attain brews that deserve high praise.

If I base it on being the only beer I could drink for the rest of my life, I’d have to choose Croft Brewing’s Saison Grenade. It’s such a darn refreshing drop!

What about non-Australian beers?
My recent penchant for sours has me leaning toward the Mikkeller spontaneous ferment range, but I will never turn my nose up at some Rodenbach.

Anything Garage Project is also winning in my books. I have a hard time finding one I don’t like.

What's your favourite time and/or place to enjoy a beer?
I tend to crack a beer to help me study. Something about a good drop calms me down and helps me concentrate. I guess you could say ‘at home’ is my place of choice.

Aside from that, anyone of Brisbane’s great locations, purely for the people that also frequent them.

What are your hopes for beer in Australia?
More and more of the big brewers getting on board with good beer and collaborating with the smaller guys instead of trying to muscle them out of the market. There have been signs of hope this year here with the James Squire pub (Charming Squire) doing a collaboration with Newstead and the big dog, Castlemaine, getting on board with teeny, tiny, little Bacchus. My hopes are high.

And, maybe, more bubbles. I love me the bubbles.

For a sample Brews and Bacon post, Jason suggests you start with one of his Blind Tastings.