In 1988, Brooklyn Brewery founder Steve Hindy was busy sending out the first cases of Brooklyn Lager and spreading the message of flavourful beers from one neighbourhood bar to the next.

Around the same time in South Australia, Coopers was already well over a century old. The ale-focused brewery that had survived the country's rationalisation into a small number of lager brewers (albeit adding its own lager in the late 1960s) was on the cusp of investing in a new state-of-the-art brewery as business started to expand after decades of flatlining, and was working on extending its international reach.

By 1991, Coopers had heard about the New York brewery making waves and began using Brooklyn as its New York distributor. Both breweries shared a belief in supporting their local communities, as well as an emphasis on sustainable brewing. That relationship continued until 2003, when Brooklyn turned their focus inwards and stepped away from distribution.

Twelve years on, it seems their relationship has come full circle, as the first kegs of Australian-brewed Brooklyn Lager roll out at venues around the country this week – straight from the Coopers brewery.

Yet this is not simply a case of old friends reuniting, with Brooklyn Australia ambassador Miro Bellini making it clear that the contract between Brooklyn and the Coopers distribution firm Premium Beverages has been in the works for well over a year.

The deal, announced publicly by previous Brooklyn distributor Palais Imports earlier this year, will see Brooklyn Lager brewed at Coopers and sold through Premium Beverages. The rest of the Brooklyn range will continue to be imported.

“[Premium Beverages] was pursuing it because of the cultural significance of the beer and because the beer backed it up,” says Miro (pictured below in his Good Beer Week ambassadorial role). 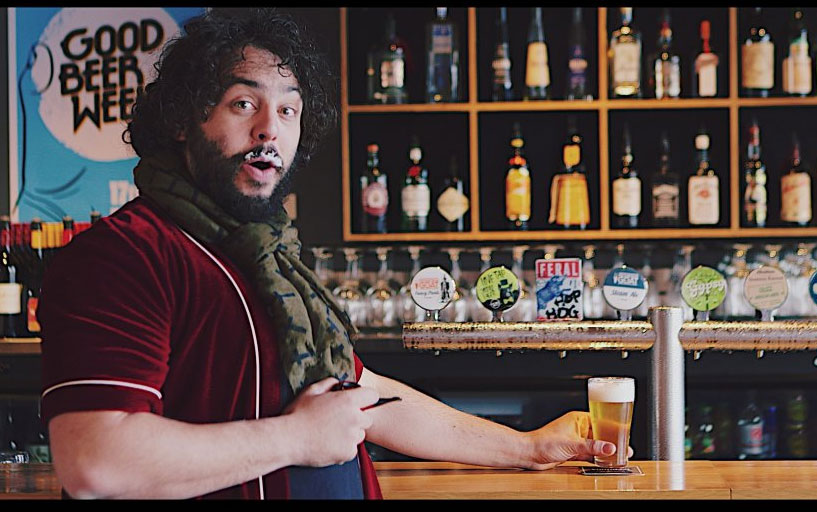 “There are a lot of things that resonate between the two breweries. They work well together because of similar values. They both make beer that is beautiful in profound ways, rather than over the top beers. They both care about history; they care about the importance and cultural significance of recipes.”

Bellini has represented the Brooklyn brand in Australia since its launch through Palais more than three years ago, and will be turning his hand primarily to beer education and events under his new role as Brooklyn Ambassador for Australia.

“I’m lucky enough to have been doing beer events for just over 11 years, so hopefully there’s a lot I can share with the team," he says.

“I’m already learning a lot, so I feel like it’s going to just step that up another level. My goal has always been getting people excited about beer and learning about beer.”

The Brooklyn team is treating the new arrangement as a chance to hit the reset button on their Australian presence and grow it organically, he says: “It’s just great to get the beer out to all the fans and venues, and make that national. The growth of the beer brand should come organically from that.”

Brooklyn export manager Claire Moyle visited the Coopers site during August to ensure the Australian-brewed Lager was matching up to expectations.

“It tasted just like the fresh Lager draught that is poured in our Brooklyn tasting room," she says.

“For most, this will be the first time experiencing our Lager that fresh, unless they have visited our tasting room in Brooklyn in the past. When Brooklyn Lager is really fresh, the hop aroma pops out more.”

It's not the first time an international craft brewer has chosen to brew beer locally, with New Zealand's ParrotDog currently brewing their core range for the Australian market at Two Birds, for example. And it's not the first time Coopers has agreed to brew beer under license for an international brand either. They currently brew Carlsberg Lager for the local market, for example, on behalf the Danish brewery that also operates the New Carnegie Brewery in Sweden in partnership with Brooklyn. Similarly, other mainstream brands, such as Grolsch, Peroni, Heineken and Becks, have been brewed under license in Australia by the country's major brewing companies too.

As for the Coopers-Brooklyn deal, a shared focus on sustainability is a key component of the relationship, according to Claire.

Coopers operates its own water plant, treating water through its own on-site reverse osmosis plant, as well as recycling up to 35 million litres of water a year from its operations. A natural gas powered cogeneration plant even feeds excess power back into the South Australia power grid.

“It’s important to make sure as a company that you’re not impacting the community and environment in a negative way,” she says.

“I’m glad that Brooklyn and Coopers both make this a priority and share those values.” 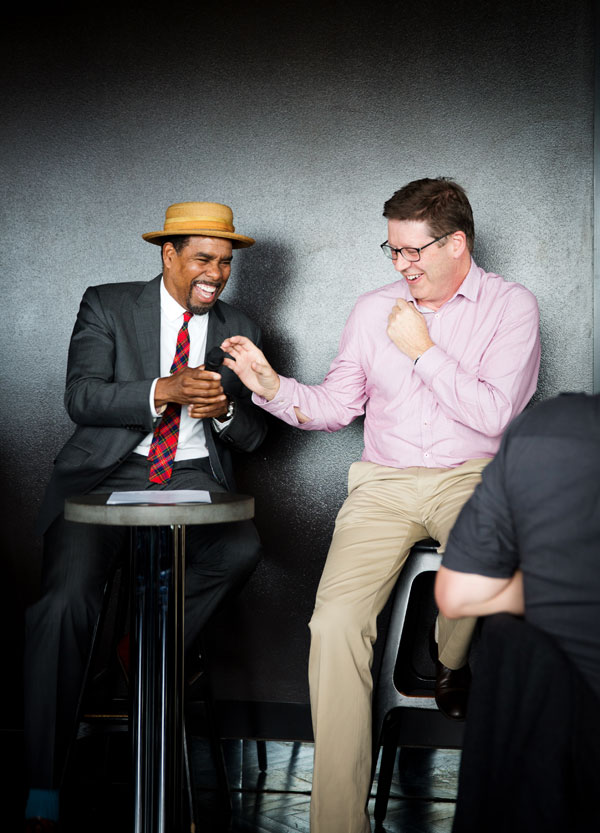 While the reset button has been hit, there will be an upward trajectory as the breweries and Premium Beverages explore collaborations and event opportunities around the country over the next year.

They will be building from a strong platform as, since the brewery was first introduced to Australia by Palais Imports, they have made multiple trips to Australia, particularly for Good Beer Week in Melbourne to which everyone from their in-house chef to their head brewer and all round beer guru Garrett Oliver (pictured with Martin Spedding of Ten Minutes by Tractor at Vue de monde during Good Beer Week 2015) has travelled for events.

For Claire, the next step is a chance to try out some concepts they haven’t tried in Australia before.

Their popular Brooklyn Mash – a week-long food and beer extravaganza the brewery has held in cities around the world over the last three years – is not immediately on the cards, but is the direction they could be heading in.

“[A Brooklyn Mash] is a possibility for sure. It won’t happen right away as we want to focus on getting our beer back out to our customers and fans first. In the meantime, we are brainstorming on some fun events for Good Beer Week 2016 and will certainly be doing other events throughout the year.

“It will be great to explore the synergies between us and come up with some creative and fun ideas together. That is really what craft beer is all about.”

Miro will be on the road over the next few weeks as the Australian brewed Lager is poured for the first time around the country.

“Right now it’s about growing well rather than quick or big," he says. "That’s why beer education and beer events are at the top of my agenda.

“For me, I just really hope Brooklyn grows and finds its place in the Australian community. It’s a place I really, truly believe is there.”