Just over a month after the King brothers waved goodbye to the much-loved Lambs Go Bar, their new pub, Fitzroy’s historic Rainbow Hotel, has reopened its doors following extensive renovations. Tucked away just off Brunswick Street, the pub has been under their control since late last year but they only set about recreating it in their own image earlier this month.

The Crafty Pint popped in for the soft opening earlier and they’ve given the place a pretty serious facelift, one that’s transformed a venue that was getting somewhat tatty around the edges into a classic neighbourhood corner pub with more than a nod to the UK. The original 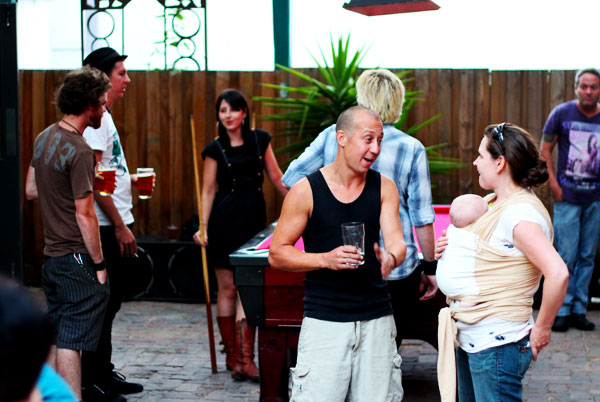 bar remains, but has been uprooted and reshaped to make the front room more open. Bands now play across from the bar and the spacious beer garden is vastly altered: there’s a pool table, booths and benches, plus raised decking laid at one end, a sober paint job on the back of the building and a wood-framed serving hatch offering access to the bar. Basically, there’s a lot of polished timber, beer memorabilia familiar to those who knew the Lambs Go Bar – even a chaise lounge in the dining room.

Beer wise, there are ten taps downstairs, mostly featuring micros, and 80-plus beers in the fridges behind the bar, including a good number of Aussie craft brews and a selection from all over the world. There will be another couple of taps upstairs when that opens. According to Adam King, that area will be more “loungey”, with sofas and a vibe similar to Lambs, but as with other elements of the pub, it’s a work in progress. 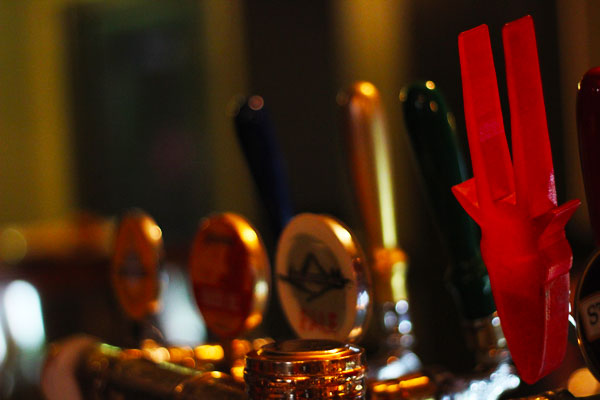 The brothers profess themselves “stoked” and thankful for the help of “a lot of friends” in creating such a transformation in just over two weeks. “It’s been fun,” says Adam, as a regular offers his congratulations. “9.5 out of 10,” he says, although doesn’t reveal what has cost them the missing 0.5.

The pub’s open for business from today but won’t be holding the official opening until early March – we’ll keep you posted as and when. In the meantime, if you’re nearby, pop in, say hello and let us know what you think.