We first encountered Joel Drysdale in fine circumstances. He was working as a rep for Moo Brew and had been asked to drop off some samples of their annual barrel aged imperial stout at Crafty Towers. It's fair to say we took a shine to him from the get go.

Since then, he's spent time at Tooborac Hotel & Brewery, where he was their first full time sales rep during a period when they were upgrading and expanding their brewery, hitting the road in their Beerbulance (a converted ambulance) before announcing he was starting out on his own. Well, not quite on his own: pregnant wife Janna (pictured below at a Venom launch at Valley Cellar Door), dad John and his wife Heather are part of the Venom team too, while Joel's mate from the repping world, Euan Bayliss, is responsible for working up the recipes that are being brewed on the high tech gear at Hawkers Beer.

The first beer to hit the streets is Venom Golden Ale, a beer that's one of the more characterful golden ales you'll find. It's piled high with aromatic Kiwi hops Motueka and Nelson Sauvin and comes packing a hefty does of wheat for body and refreshing dryness too.

If you've not seen Venom around – and you'd remember if you had, given it has one of the most eye-catching labels around: bold mustard yellow surrounding snake artwork designed by Brunswick tattoo artist Hal from Green Lotus – then a good point of reference is Mountain Goat's Skipping Girl. The draught only summer release the Richmond brewer released for two or three seasons that was later toned down for Summer Ale was the beer that came to mind when we first sampled Venom – and that's a good thing.

The decision to launch his own brewing company came after flirtations with buying a bar. Having gone down the beer route instead, the plan is for a second core beer in the coming months with occasional small batch releases to follow.

Anyway, here's what Joel has to say for himself... 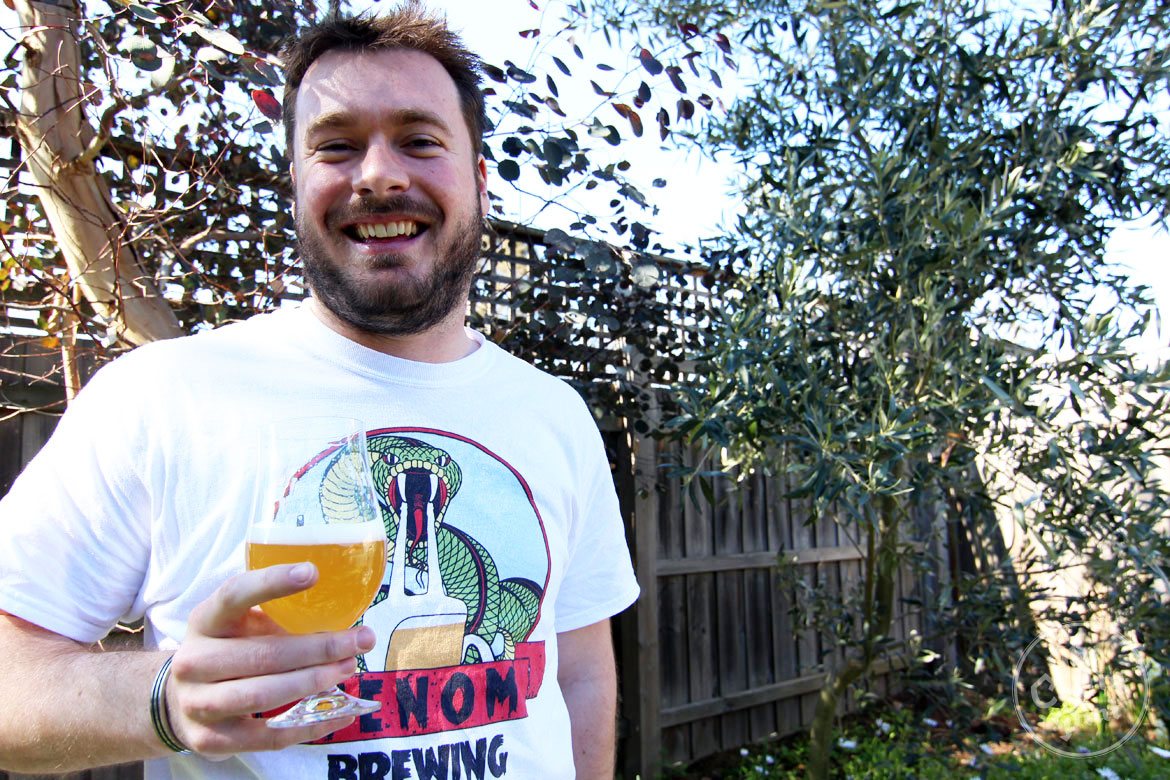 Where do you brew? Australian Brewers Guild (Hawkers) in Reservoir

Why do you brew?
Beer has always been a passion of mine. I grew up running pubs with my dad John and step mum Heather. More recently, I have been sales repping for craft breweries – Moo Brew and later Tooborac.

I made the decision during this year to start Venom with John and Heather and my lovely wife Janna. While working for Moo Brew and Tooborac were great experiences and taught me a lot, I felt it was time to get back to running a business with the family – and why not include my passion for beer in this business!

Was there a beer or a moment that set you on the path to becoming a brewer?
I spent two years living and working in Europe when I was 19 / 20. My favourite time of year was around Christmas, when many Belgian and French breweries released their Christmas Ales.

What beers have you released to date?
One – our Golden Ale – an easy drinking 4.8 percent ABV beer, using Kiwi hops, providing a good bitterness and passionfruit and mango hit, with a super clean and smooth finish.

Where can people find your beer?
We are currently nearing 40 stockists in Victoria, including: 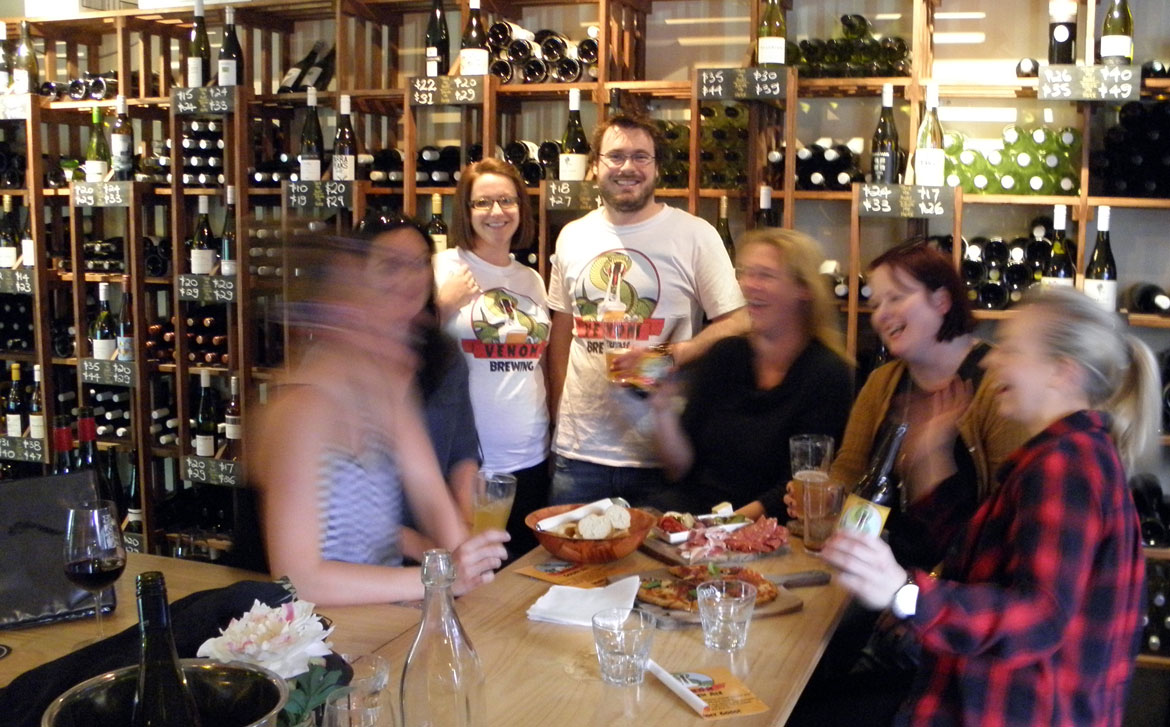 My dad lives on a farm up in Mansfield. He was watering his garden one afternoon and accidently stepped on a tiger snake.

Thinking nothing more of it after the snake took off, he continued to water the garden for another half an hour. Walking inside at 5pm, he went to start dinner and had a pain in his leg. Looking down, he saw two drops of blood on his leg – the snake had bitten him!

Knowing Heather would be home any minute, instead of calling an ambulance he went to the fridge and grabbed a beer, then sat on the couch and waited for her.

When I heard this, I was furious: if my dad was going to die of snakebite, there was no way I’d let him go down drinking a macro brewed lager! So, to combat this, we brewed Venom Golden Ale – just in case Johnny stands on another snake…

Which beers are found in your fridge most frequently?
Plenty of Venom! I usually have a good mix of different beers, but some old favourites include Holgate Temptress, Hawkers Pale, Moo Brew Dark, Mornington IPA cans, and a sneaky stash of 2 Brothers Voodoo when it’s around.

Where do you hope your brewery will be ten years from now?
Hopefully we can be a small cog in a large craft beer revolution.

You can read other Who Brews? features here. 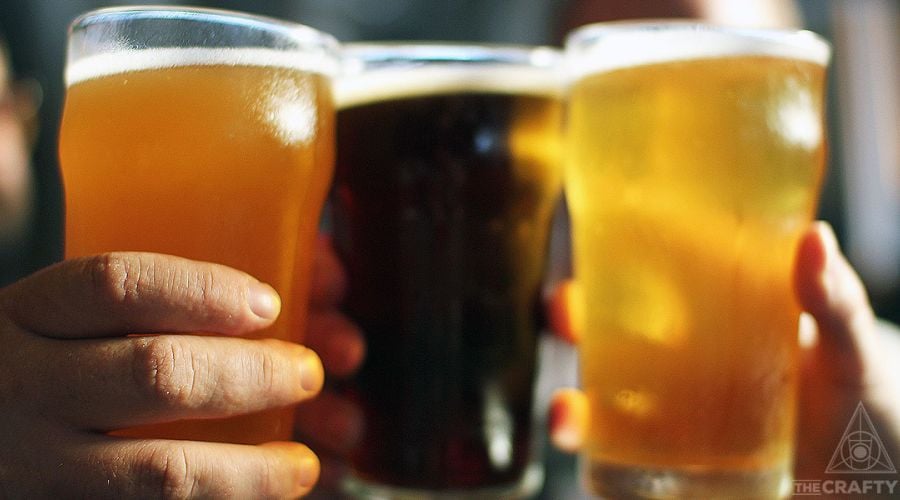