WA's Feral Brewing has been as trailblazery a trailblazer as any brewery in Australia over the past decade. Take away the long list of awards bestowed on them by experts and enthusiasts alike and you're still faced with a strong argument for the Swan Valley to be recognised as the Australian brewery of the past ten years.

Hop Hog turned countless people on to the wonders of American style IPAs (although it's since lost its "India" prefix as local examples have gone bigger than its 5.8 percent ABV), Razorback is an American barley wine that cranks everything successfully up to 13, Boris is one of the country's best and most quaffable imperial stouts, Watermelon Warhead has marched at the front of the pack for Berliner Weisse Down Under, while they were experimenting with spontaneous ferments years ago... and on it goes.

While one of Feral's founders, Brendan Varis, remains very much the face of the brewery, in recent years his trusted lieutenant Will Irving has been just as central to the brewing side of the business. He oversees much of the brewing, both at the large facility shared with Nail Brewing and also on their more experimental original brewpub setup in the Swan Valley, coming up with beer ideas and recipes – not to mention many of the chucklesome names that accompany them.

Will is also probably the most enthusiastic adherent to the brewery's "short shorts" Fridays (see above) and, when sporting the moustache of recent years, presents as the Aussie lovechild of David Niven and the 13th Duke of Wybourne. All of which means we're delighted to feature him in our latest Brew & A.

Why are you a brewer?
I wrote “Brewer” on my "What do I want to be when I leave high school?" card. The teacher gave me a dismissive roll of the eyes and told me to get a trade under my belt.

She got let go so… every cloud.

What would you be if you weren’t a brewer?
Rockstar millionaire or a cheese maker. I picked up a cheese kit not too long ago and, since I’ve turned 30, my weekends are spent cheese making and playing Xbox. #curdnerd

What was your epiphany beer?
Coopers Sparkling swayed me from mainstream lagers but the beer that blew me away was Ballast Point Sculpin IPA. Brendan bought one back from a visit to the States and I couldn’t believe a beer could taste this way.

What's the best beer you’ve ever brewed?
King Brown: the 8 percent ABV, 40-year-old Courvoisier barrel-aged brown ale. I wanted it to be called Cognae West (due to the Kanye/Taylor Swift incident drinking Courvoisier at the time) but Brendan, the jerk, pulled rank.

What's your single favourite ingredient to use in beer?
Hope

Are there any beers you’ve brewed that might have been better left on the drawing board?
In the early years of our barrel program there were a few that didn’t quite make it. One occasion we were sampling barrels in which Brendan started dry retching. Without skipping a beat he looked me and said: “You gotta try this.”

If you could do a guest stint at any brewery in the world, which would it be and why?
It would be a tough pick between New Belgium or Russian River. I just recently visited both and was blown away. New Belgium is producing amazing beers at a scale that is unfathomable in Australia. Their company mantra makes it such an attractive place, being 100 percent employee owned, as well as their sustainability efforts and the ping pong table in the canning room.

Russian River have ridiculously good sour beers on top of some of best hop/yeast/malt driven beers in America so to get a glimpse of how they go about that would be great.

Which local (Aussie or Kiwi) breweries inspire you?
Stone & Wood: they create some of the best beers in Australia. They don’t do any pubic hair yeast strain doppelbock aged in hollowed out coconuts. It’s just good quality, solid beer.

What's your desert island beer – the one to keep you going if you were stranded for the rest of your days?
It would be Pliny the Elder by Russian River. It’s such a well balanced hoppy beer. 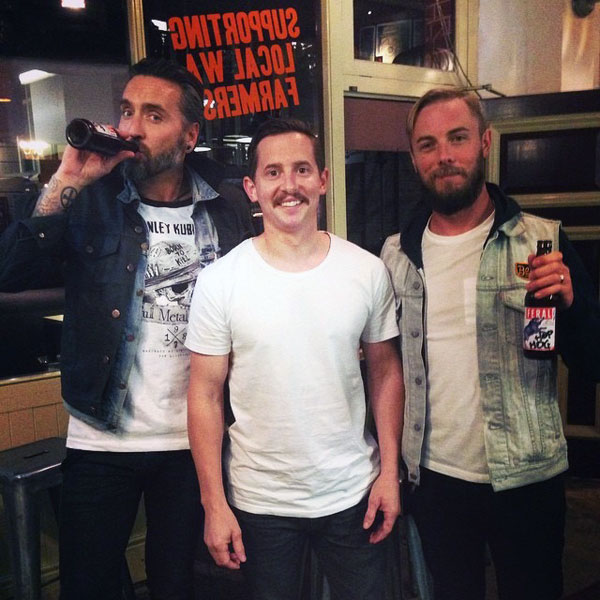 And what would be the soundtrack to those days?
It would have to be Anberlin – Never Take Friendship Personal.

I met the guitarist at a burger bar at their farewell show in Perth (pictured right). He had a Hop Hog in hand so I had a full on fan-girl moment.

If you couldn’t have beer, what would be your tipple of choice?
I don’t mind a Negroni or a good Old Fashioned to finish off a night. I also have a healthy supply of gin and red wine at home.

What's the one thing you wish you’d known before becoming a brewer?
How much Good Beer Week ages your body.

And the one piece of advice you’d give to anyone considering a career in craft beer?
It looks glamorous from the outside but in reality it is long hours and hard work. If you don’t mind that, then at the end the product is well worth it.

That, and you will eventually get fat.

Thanks, Will. Looking forward to Feral's pubic hair yeast strain doppelbock aged in hollowed out coconuts at GABS 2016. If you're looking for a name, we'll start the bidding with "Big Hairy Balls" or "Meine Eier On Fire".

You can check out other Brew & A features here. 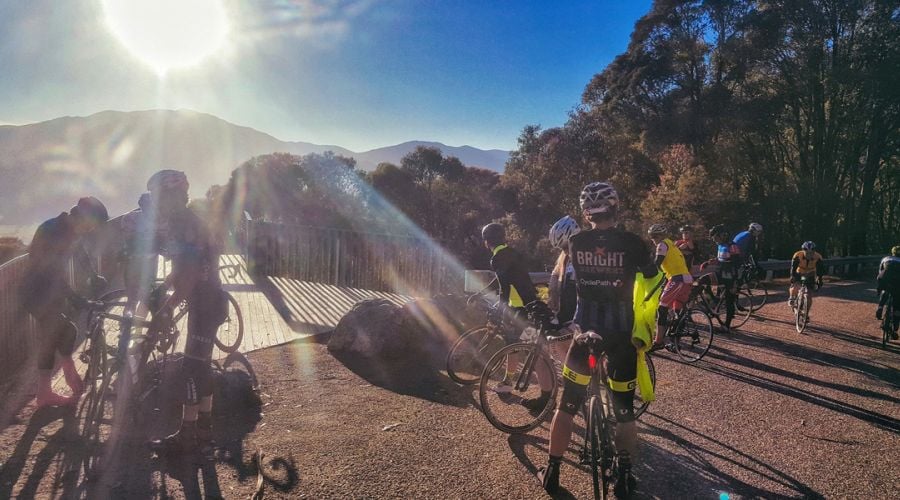