The deeper you delve into conversation with Steve Drissell about Staves, his brewpub in Glebe, the more it feels like being in one of those episodes of Grand Designs where everything that can go wrong does.

“It’s certainly taken far longer and far more money than I ever imagined”, he says in a relaxed southern English accent which lends itself to making considerable tribulations somehow seem less vexing. Perhaps, with the opening imminent, they now are. But it’s been a long road.

The public announcement in early 2013 of a small bar and microbrewery called Iron Awe had created a little bit of buzz in Sydney beer circles. Around that time, the city was on the cusp of what turned out to be a forceful wave pushing craft beer far and wide. It would have been a good time to open.

In the roughly 30 months since, almost a dozen new small breweries have opened within about an hour’s drive of the Sydney CBD, effectively doubling the greater city’s number of craft brewers in less than three years while also adding who knows how many brewing companies. After more than two and a half years with little outward sign of progress, Iron Awe wasn’t one of them and, for pretty much everyone except Steve, it had been consigned it to the scrap yard of the consciousness. But behind blacked out windows, work on what would instead become Staves had been progressing. Slowly.

The site is a compact one in an industrial lane flanked by two wings of the Broadway Shopping Centre. Given the small size and commercial location, it wouldn’t seem at first glance to be the most daunting project to get over the line. Why, then, did it take so long?

“It was empty for years and really run down”, says Steve, “so basically what happened was that the council had approved it but then hit me pretty hard with the BCA (Building Code of Australia) book.

“The complete staircase had to come down, the floors had to be strengthened and a new toilet block built – it hadn’t had a fire certificate for five years so that had to be sorted. Out the back used to be a shed and that was where I was going to have the brewery, but it turned out that the previous tenant, who was a steel fabricator, had just welded the thing together as he went along. When the engineers looked at it they said the whole thing had to be taken down and rebuilt from scratch, so there was debate with the owners about who’s responsible for that and who’s going to pay.”

A compromise was reached when they elected not to rebuild and instead turn the area into an open air beer garden, an option Steve says has been a good outcome but, in keeping with the general trend, it had problems of its own.

“The whole outdoor area had to have a new concrete slab poured with grease arrester. Of course, that became another issue because as soon as they started drilling they hit rock, so it meant more time and more cost.

“In between, I had to change architect and certifier so it was just delay after delay after delay and constantly trying to find the extra cash. I still had a job and had to keep working otherwise I’d have run out of money. It basically became a bottomless pit.”

And therein lies the primary reason things have taken as long as they have:

“I had a couple of guys that wanted to invest in it but, for me, it was always a last resort. I was determined to do it on my own.”

Just as so many craft beer drinkers decide what to drink based on who owns a brewery, Steve was being driven by his own desire for independence.

Staves will be operating under the same business model as that which was originally planned for Iron Awe, only under a different name (the reason for the change was “basically because every time I said the name to someone I had to spell it out – A-W-E – and it was starting to drive me mad! So I thought if I wanted to change it I’d better do it before I open,” he explains). 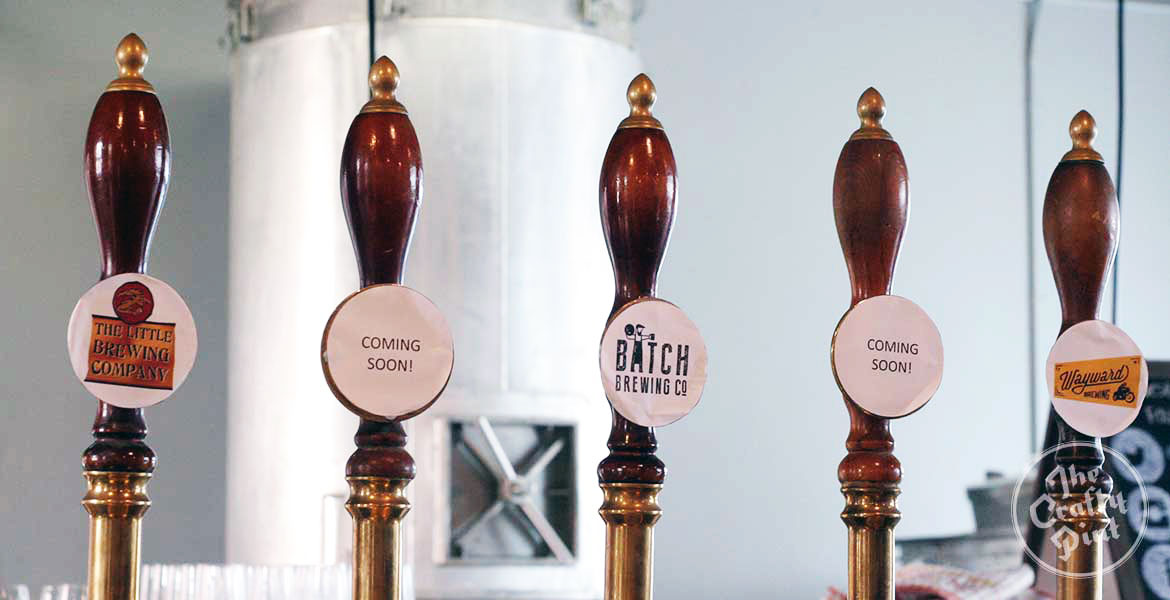 There’s a small brewery, a bar with around a dozen taps and plans for an upstairs kitchen serving pizza. While Staves is still some way off producing its own beer on site, in the interim they’ll be supporting other Australian brewers through their taps, such as Little Brewing, Wayward and Batch, and beer will remain the venue’s focus, much of that coming down to Steve’s own relationship with beer.

“I first started brewing when I was about 15 or 16,” he says, “after I was looking around in the loft and discovered my dad’s old home brewing stuff that I didn’t know he had. I asked what this gear was for, he said it was for making beer and I said, ‘You can make beer?’

“Me and a mate went and got a tin of extract, made it, drank it straight from the fermenter and got pretty sick. I remember having a day off school because of it!

“I come from the south of England and I had the Ringwood Brewery very close to me, plus another one called Badger Brewery (Hall & Woodhouse). Living in between those two, all the pubs in that area always had loads of hand pumped real ales and so I grew up with that kind of beer. It was just always there. But when I came over to Australia in 2000 there wasn’t much choice around so I got back into the whole brewing thing again. At that point I hadn’t done all grain brewing before so I got into it as a hobby but it got a bit out of hand.

“I took myself off to the University of Ballarat for a brewing course and before I knew it I’d bought a microbrewery on eBay – woke up one morning and drunk Steve had bought sober Steve a brewery!

“It looks like someone made it in their shed but the guy I got it from was making some good beer out of it. It’s gas powered and a lot of brewing is about temperature control so if you can get that right you can make some good beer. I’ll be getting some brand new fermenters and hopefully get it all going early next year.”

For all his keenness to open the venue his way and in his own time, Steve doesn’t see himself at the helm of the brewery in the longer term.

“Ultimately, I’m not going to be the head brewer. I know that I’m always going to be involved in the brewing in some way because I love it – I wouldn’t be here if I didn’t – but I’d like to get someone else involved. It might be me that gets it going and starts the process as I’ve got some recipes that are pretty close to something I’d want in production. But what I really want is to get maybe five or six traditional ales that are really true to style, trying to hit those BJCP (Beer Judge Certification Program) guidelines. After we get those down pat, then we can use the pilot system to get the crazy ideas out and, if people like them, do bigger runs.”

Staves may have suffered a prolonged false start and missed out on a couple of big years for beer, but as final preparations are made ahead of the official opening, it’s hard to think any of that will matter in grand scheme of things. If anything, with more people now willing to give local beer a go, it might make Steve’s long wait that much more satisfying.

Staves can be found at 4-8 Grose St, Glebe, NSW. The official opening is scheduled for October 23. See www.stavesbrewery.com for updates. He was winning awards for his beers before he was legally allowed to buy one before setting off to learn to brew in Germany – and trying to shake things up with his own brewing company. Now back in Australia, at the helm of Melbourne's Burnley Brewing, we catch up with Michael Stanzel. read on 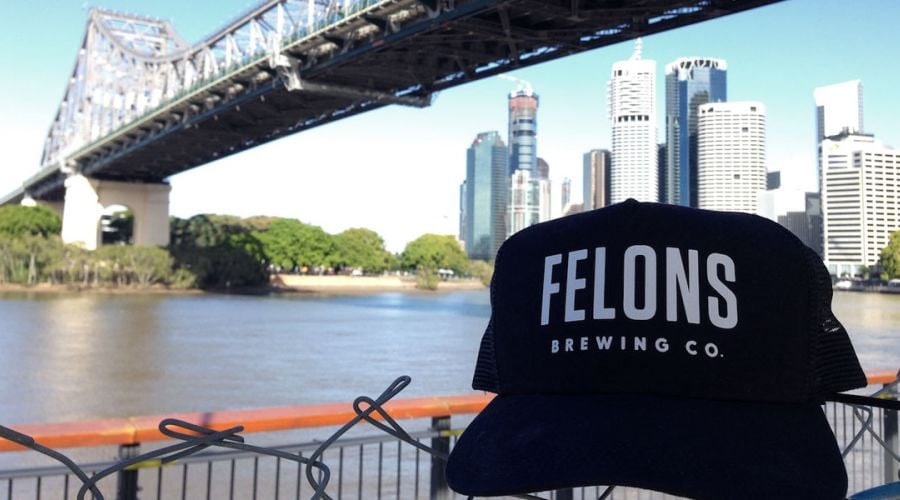 The beer lovers of Brisbane can prepare to party like it's 1823 as a new brewery venue takes shape on the edge of Brisbane River, underneath the iconic Story Bridge. Mick Wust called in to meet the Felons as they took delivery of their tanks. read on