In The Crafty Pint’s short life, we’ve noticed that people like a bit of debate when it comes to beer. Whether it’s just arguing over who makes the best, what is or isn’t craft beer – even whose round it is next – beer and banter go hand in hand. So why not make a virtue of it? Why not take it onto the stage? Why not hold the first ever Great Australian Beer Debate?

The guys at Beer DeLuxe and Beer Atlas couldn’t think of any reasons not to – and, frankly, neither could we – and so the decision was made to do just that. It was a decision that led to more questions. Why not invite big names from the world of craft beer to sit on the panel, from both Australia and overseas? Why not get a high profile MC? And why not hold it in grand surroundings, serve up good food and stock the bar with great Aussie craft beer? 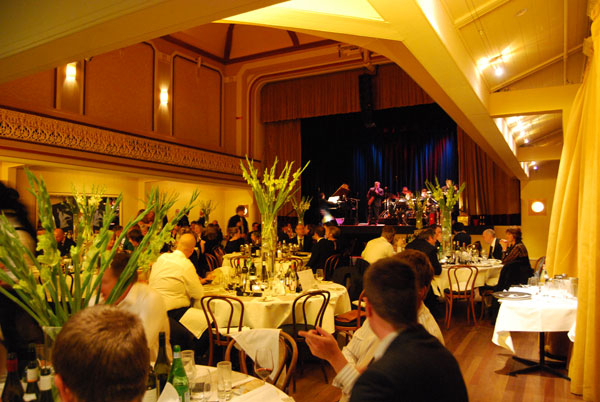 Again, no arguments could be found not to, so here’s the deal: the inaugural Great Beer Debate will be held at Melbourne’s Ormond Hall on May 21. It’s the day after the Australian International Beer Awards, which means the Aussie brewing fraternity – and representatives from some of the world’s top breweries – will be in town, so expect some big names to be taking part. It all kicks off at 7pm, with dinner, great beer, lively debate of the great issues of the day and much more.

Final details are still being nutted out, but it promises to be something of a landmark event for the burgeoning craft beer industry in Australia. And, while we expect most of the tickets to be snapped up by people in the industry, a portion is being reserved for craft beer lovers who will have the opportunity to come and mingle with, listen to, heckle and share a beer with the people who make the beers they love. Exactly how these tickets are going to be released – and details of the panel members – will be revealed soon. In the meantime, mark May 21, 2011, in your diaries. It should be a good one!