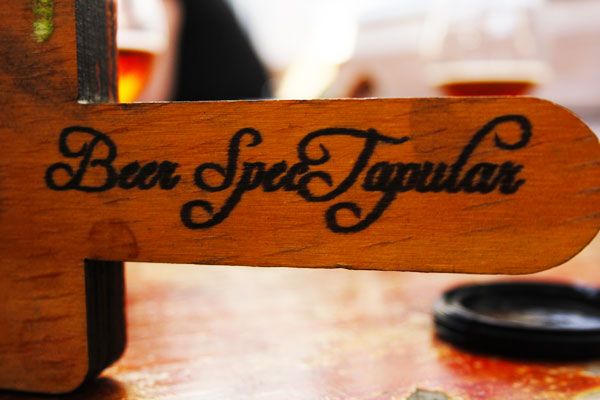 They came. They saw. They concurred: the inaugural Great Australian Beer SpecTAPular was a soaraway success. The biggest event of its kind held at The Local Taphouses had a queue of 65 people waiting outside the St Kilda venue before the doors opened and a lineup that stretched past two shop fronts at times, all desperate to get inside to sample 19 brand new Australian beers (18 in Darlinghurst). With good reason too. Despite the extremes to which some of the brewers went in creating their beers – using muscat barrels, coconut, raspberries and lemon myrtle or heading towards 10% ABV and beyond – there wasn’t a bad drop on the list.

Throughout the day, punters mixed with many of the brewers behind the beers while staff dressed in wetsuits and koala hats had to improvise with pizza platters and side plates once the supply of tasting paddles was exhausted. It was rare to see the lines at the bars less than five deep, but no one seemed to mind. One group had rocked up to the bar in St Kilda at 11am to guarantee prime seats upstairs and had worked their way through the full list of samples before 2pm, ready then to concentrate on their favourites. In Darlinghurst, queues started well before opening time too.

Steve Jeffares, who hosted the Sydney event, said: “Both the roof terrace and the ground floor were quickly packed and a terrific atmosphere prevailed as staff attempted to keep up with the frenzy. The Twittersphere was running hot with people offering opinions and recommendations on beers throughout the whole day (and into the next). It started raining heavily around 4pm which dampened (literally!) the mood on the roof terrace as most punters headed inside for shelter leaving only the brave or hardcore huddled under umbrellas. The day had such a great vibe about it and the mood was festive late into the evening.” 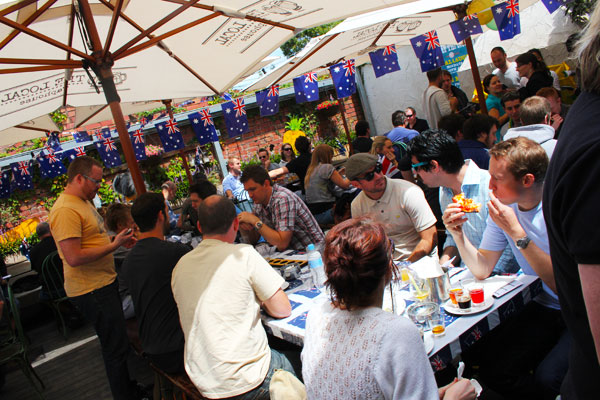 For Crafty, the beer highlights were Feral’s Karma Citra black IPA (the first beer to run out in St Kilda), the Two Hills Maibock, the 4 Pines Wee Heavy and Holgate’s Empress, essentially the beer equivalent of a rich, dark after-dinner couverture choc filled with an intense cocoa and vanilla liqueur. But wherever you went, if there was a beer you weren’t so keen on there would be someone who was going back for more and more of it. Non-beer highlights included finding a member of one interstate brewery asleep while standing up at the urinal and watching a brewer first knock a glass of Southern Tier’s Creme Brulee Stout over a bar manager then proceed to lick every last drop off him…

With the biggest turnout by far for a SpecTAPular showing just how much enthusiasm there is for homegrown beers, it bodes well for the future of the craft scene in Australia. And for the Taphouse’s plans to take the event off site next year, potentially to Melbourne’s Royal Exhibition Buildings. Steve has talked about inviting three times as many breweries to make one-off beers to serve alongside their normal range and combining it with artisanal food producers and family oriented entertainment.

He said: “In the coming days, I’ll be in touch with the brewers to gauge their interest in making GABS an annual summer event. Iâd be surprised if they didnât jump at the chance!” 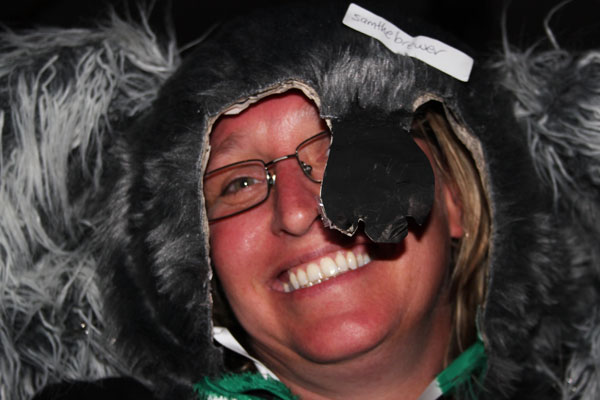 Well, we enjoyed it – and meeting so many Crafty readers (one of whom took the photo at the top of the story) – but what about you? What were the standout beers? Which would you like to see added to breweries' permanent rosters? And how was the Sydney event?

Also, watch this space for the first Crafty Pint videos. We shot interviews with a bunch of brewers and some of the drinkers on the day with the expert help of The Wobbly Thong; they’ll be edited and online soon.