It’s all change at Tooborac Hotel & Brewery, with new brewer Chris Haren making the step from passionate home brewer to professional. James and Val Carlin, owners of the beautiful bluestone hotel on the Northern Highway just south of Heathcote, invited him to take over the brewing side of their business, tucked inside what’s possibly the quaintest brewhouse in Victoria at the rear of the main hotel building.

Chris, who grew up watching his dad brew his own beer, initially followed his lead by building a home brew setup in his shed, before building a bigger one in the kitchen of his Kyneton home where he began developing recipes.

âMy role here is my first as a professional brewer and I am loving it,“ says Chris, who some Melburnians might recognise from his time managing the city’s Rochester Hotel. âI’m really looking forward to working more closely with James and Val helping to build the reputation of the Tooborac Hotel and Brewery and the beers. Iâd love to create some special seasonal beers and for them to get a good following not just in Tooborac, but in the rest of regional Victoria and Melbourne.â 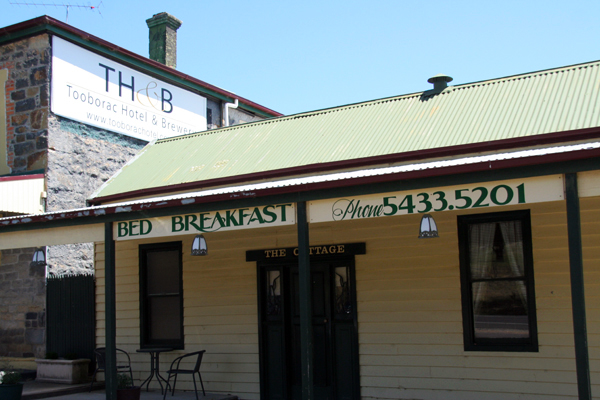 There will be a first chance to taste Chris’s beers at the forthcoming two-day Snag, Beer and Bubble Fest in Heathcote, where they’ll be on show alongside those from Red Duck, Holgate and Bridge Road.

âItâs a terrific opportunity to sample some brews from some really great brewers,“ he says. "I’m looking forward to talking with these guys and bouncing around some new ideas. Some of the best micro beers will be on show there – beers that I love and brewers that I have taken great inspiration from.â