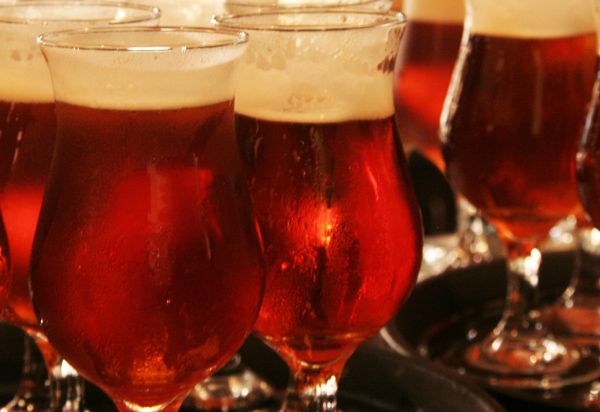 For a few years now, there’s been a feeling that the craft beer industry has been gaining traction in Australia. But as we approached the end of 2010, there was more than just a buzz surrounding it – in fact, The Crafty Pint lost count of the number of people who were consumed with a zealot’s conviction that 2011 was going to be a Big Year. With the inaugural Great Australian Beer SpecTAPular under our belts, Brendan from Feral currently brewing Aussie beer in the UK and the first international brewing collaboration doing its thing in tanks at Mountain Goat – all before February’s out – it’s certainly off to a flier. And now comes news of Good Beer Week.

With Beer & Brewer deciding not to run an Expo in Melbourne to coincide with the Australian International Beer Awards this year, a handful of dedicated folk that care about good beer – and care about drinkers having a good time – have been rushing around working out how to best fill the void. Beermen.tv announced plans to hold a second Hair Of The Dog beer breakfast the morning after the awards while we brought you news of the first Great Beer Debate a few weeks back to take place at Ormond Hall later that evening.

And now there’s a whole lot more to look forward to that week. From Ale Stars at The Local Taphouse on Tuesday, May 17, through to plans for recovery roasts on Sunday, May 22, the plan is to turn the city into one big Beer Expo, bringing together all the best beer venues for a series of events in celebration of great beer, both homegrown and international, with leading figures from some of the world’s top breweries in town too.

The hallmark event, the Awards themselves, takes centre stage on the Friday night but either side there will be consumer tastings, tours and themed events. James Watt, from BrewDog, is confirmed for the panel at the Great Beer Debate, alongside the country’s most outspoken brewery owner, a visionary bar owner and one more international brewing star. Other than that, talks are continuing apace with other venues and we’ll be bringing you more information as soon as we have it.

If you’re on Twitter and want to keep up to date, you can do so here (and can follow The Crafty Pint here if you don’t already). And if you’re traveling in from out of town, special visitor rates have been lined up at The Blackman Hotel. Just mention ‘Beer’ when booking to get a room for $159 per night.