As we suspected last time we posted a roundup of the latest dozen brewery, venue and bottleshop listings to join our directory, it wasn’t going to be long until the next one rolled around. So, here it is: another 12 Australian businesses either producing or selling tasty beer for your drinking pleasure, gathered in one place in case you missed them when we posted them one at a time.

The way things are going, we’ll probably have another dozen to round up before the year’s out – maybe two dozen – as we’ve got writers heading out to meet owners, take photos and sample beers everywhere from Hobart to the High Country and Northbridge to Nambour at the moment.

But, right now, here's what's new on the site from the past fortnight...

Rogue Wave (VIC) – Iconic Great Ocean Road venue, the Aireys Pub, looked like it might be snapped up and turned into residential properties instead so locals stepped in and bought it. They then gave the major breweries short shrift – “This is our pub. We’ll decide what beers we pour here.” – and decided the best way to ensure that was the case was to brew their own.

Innate Brewers (WA) – Another collaborative effort, this one, in which four couples with a fondness for Freo and beer joined forces, took over an industrial unit that used to house a Crab Shack and launched Innate (or In8) Brewers. Their collaborations continue, with a number of local venues invited in to brew beers with them.

Porter’s Liquor, Bexley (NSW) – Porter’s Liquor is one of New South Wales’ large bottleshop chains. Stores operate as their own personal fiefdoms, however, which led the team running the Bexley outlet to indulge their love of craft beer and fill the store with possibly the largest selection of quality beer in Sydney’s south.

The Fifth Province (VIC) – It looks like an Irish pub and comes with all the trimmings of an Irish pub, right down to recreations of some of the country’s most famous examples. Yet St Kilda’s Fifth Province also offers a fine line in independent, local craft beer, adding to the steadily growing number of offerings for beer lovers south of the Yarra.

Loch Brewery & Distillery (VIC) – To go from a serious dislike of whisky to studying distilling with the godfather of Tassie whisky is one thing. To then set up a distillery (with multiple stills) and a brewery focused on brewing beers inspired by English real ales to quite another. But that’s what Craig Johnson and Mel Davies are doing in the picturesque Gippsland town of Loch.

The Oaks Bottleshop (NSW) – The Oaks Hotel is a vast Sydney icon. It’s been dabbling in craftier waters in recent times and is using its bottleshop to wade deeper still. Its range is growing and its future plans promise much, including developing a speakeasy like vibe and allowing customers to purchase and drink and eat on premise.

Sturt Street Cellars (SA) – The Kings Head in Adelaide’s CBD has long been a champion for all things independent and South Australian. And now its owners have opened sister venue Sturt Street Cellars. Ostensibly an SA-hawking bottleshop, it’s rather more too: you’ll find an eight tap bar (where they can fill CANimals for you to take home), a long table to drink in and, on occasion, the historic keg cellar hosting intimate events.

Ocho Beer (TAS) – The brainchild of brewer Stu Grant and his web developer brother-in-law Will Rainbird, Ocho brews new beers pretty much monthly – always new, usually quirky, frequently barrel-aged – and sells them direct to end customers (with a few kegs sneaking out on occasion). Brewed at Van Dieman outside Launceston, look out for ever more adventurous releases, including sours and a saison series.

Fitz + Potts (QLD) – Having popped up in various roles in the local beer industry over the years, Cassie Potts hooked up with Brett Fitzpatrick to launch their own venue. It’s nothing if not idiosyncratic, looking out over the streets of Nundah from a first floor home described as "a hat-tip to the traditional speakeasy environment and a masterful homage to the the classic aesthetics of the 1970s." With great beer too, of course.

Old Wives Ales (VIC) – The Merri Mashers homebrew club looks like it’s going to prove fertile ground for new brewing companies in Melbourne. First to step up into the commercial realm was Old Wives Ales, with the four mates releasing colourful and full-flavoured beers from black IPA to raspberry saison for a year next month.

NB Cabal members can register for an intimate guided first birthday tasting with the Old Wives Ales crew. We'll pick the winners at the end of November.

Basement Brewhouse (NSW) – While there are pockets of Sydney in which craft beer proliferates, there are vast swathes for which “craft beer desert” still applies. Not, however, Bankstown anymore, with the opening of the Basement Brewhouse at Bankstown Sports. They have a few beers of their own that are fermented onsite but most of the 30 taps pour beers from other small breweries.

Stomping Ground (VIC) – Two in one here, with the team behind The Local Taphouses and GABS unveiling the next stage in their plan for world domination. There’s Stomping Ground Brewing Co, which already produces a wide array of beers, mostly poured onsite in the impressively vast and impressively gorgeous Stomping Ground Brewery & Beer Hall, a 250 capacity reworking of an old Collingwood warehouse designed to welcome all into its beery bosom.

If you enjoy good beer, go and check these places out. The more us beer lovers support local businesses brewing and promoting craft beer the more the industry will grow. And, if you run a crafty business and would like to reach our audience (while supporting what we’re doing), then get in touch and find out how to get listed. 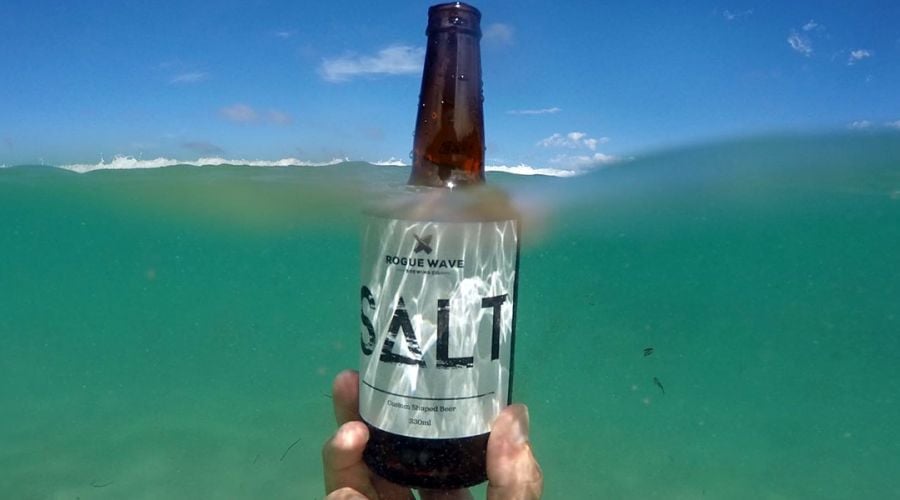 The beer choices along Victoria's Surf Coast are unrecognisable from a few years ago, with many of the beers appearing on tap and in fridges coming from breweries that call the region home. Among them is Aireys' Inlet's Rogue Wave. read on