Beer and university life have always been kindred spirits in Australia. Across the country, beer is as essential to student life as assignments, ASOS clothing and memes.

Daily, students flock to campus barbecues where home brand sausages, burnt onions and tinnies of VB are the order of the day. Yet the link between beer and university typically pertains to the social side of campus life and rarely makes an appearance in the lecture theatre.

Thanks to a new subject stream offered at the University of Melbourne, that’s about to change. “Beer: Theory and Craft” gives students the chance to finally start talking about beer (officially, at least) inside the classroom.

While it’s by no means the first local university to offer educate around beer and brewing – Ballarat’s Federation University has long taught courses in brewing, for one – there is something a little special about Melbourne University’s foray into beer. After all, vocational education and beer tasting just seem to be something of an awkward pairing for one of the country’s oldest (and most highly-ranked) universities.

In its long history, the place has produced far more politicians and judges than brewers. Yet, from this year on, new students studying any undergraduate degree will soon be given the opportunity to be graded on their knowledge of lagers and lambics.

To help understand how this has been possible, a bit of background on the University of Melbourne’s somewhat unusual undergraduate degree structure. To successfully finish their degree, students are required to complete at least four subjects from a discipline that is outside their main field of study. Bachelor of Science students may study a few subjects from the humanities, while those studying music might do a bit of chemistry.

That’s where “Beer: Theory and Craft” comes in. The programme consists of two different university breadth subjects that are run out of the Faculty of Veterinary Science and Agriculture. University breadth subjects incorporate aspects of learning from a diverse range of disciplines and are designed so that students from any undergraduate degree can take part. Humanities, marketing, science and music students will all be in there together, learning about beer.

The academic charged with running the two subjects is Dr Charles Pagel. Hailing from England, Charles’ time as an undergrad in Manchester led to a keen interest in his local pubs and the beers they were selling. Academics are only human, after all.

With a professional background in biological science and over two decades spent as a homebrewer, Charles is well placed to give lectures on beer and brewing. Despite hoping that his students will embrace beer as much as he did during his first degree, Charles does make clear that this is only an introduction to the topic.

“I think it is important to stress that we aren’t trying to produce professional brewers here,” says Charles. “These are subjects for people who might have an interest in brewing or who might be interested in beer generally.

“They may also want to take up homebrewing, or they may even want to go on to study brewing and become professional brewers.”

With that in mind, what can the first batch of official Melbourne University beer students expect to learn over the course of the year?

The first subject, An Introduction to Beer Styles and Sensory Analysis, is designed to familiarise students with different beer styles. This includes educating students on style guidelines, while also incorporating the historical factors that led to their development and how they have changed over time.

Students will also be taught how to discover flaws in beer, and learn what can cause certain off flavours. This part of the subject will use the Faculty of Veterinary Science and Agriculture’s own state of the art sensory laboratory, one that is likely to put plenty of modern breweries to shame. Charles hopes that this will help students understand what makes a “good beer” and why craft beer can be a little bit different.

“At the end of semester there will be a practical exam component where we will give them different beers and ask them what style of beer it is likely to be, what can they taste and what they can smell.”

The second subject, Principles of Brewing, begins at the university’s Dookie campus, about an hour from Wangaratta. In small groups, students will be given their own RoboBrews (a single vessel, all-grain brewing system) to brew with.

“Students will get their own fermentation going and then they come back about two weeks later to bottle it up,” says Charles. “We’ll then look at packaging and stabilisation of the beer.”

Later in semester, back at the university’s Melbourne campus, the focus will turn to the business side of brewing and students will be given the chance to think about how to market their beer.

This part of the course will also include lectures by members of the craft beer industry – from brewery founders to marketers – to try to impart to students the diversity of the modern beer industry. One notable inclusion here is Holgate Brewhouse owner Paul Holgate, who is a former student of the university and first started homebrewing while there.

The Holgate story is something of a product of the university too; Paul and his wife Natasha met one another during their time there, years before starting a brewery together. It should therefore come as no surprise that Paul is keen to be involved with the new subjects.

“I think it’s an excellent idea,” he says. “The more people know about the craft beer industry and have some basic informed knowledge of beer making … the more they can appreciate what a noble endeavour craft brewing is.

“Also, there are limited pathways for people to get into brewing in Australia, so this course option is a breath of fresh air.”

The fact that the University of Melbourne has decided to start this programme does suggest that they may recognise the employment opportunities that the current rise of craft beer brings with it. But, as Paul suggests, Australia is trailing other parts of the world when it comes to ways to study beer at a tertiary level.

“I’ve come to realise that in other parts of the world, particularly Germany, there are undergraduate courses specifically for brewing [as well as] brewing related engineering so it makes sense,” says Paul.

While Melbourne University’s Bachelor of Beer may be some time off, for now the level of student interest in the subjects has been promising. The faculty is expecting somewhere around 120 students to take part in the subject and who knows how many future professional brewers owners may be among them?

Besides, with access to state of the art sensory equipment and assessment that is dependent on students' ability to detect flaws in beer, there is one major benefit that could come from the course: Australian brewers may soon be brewing for a generation of smarter beer drinkers.

You can find out more about the course on the University of Melbourne site. 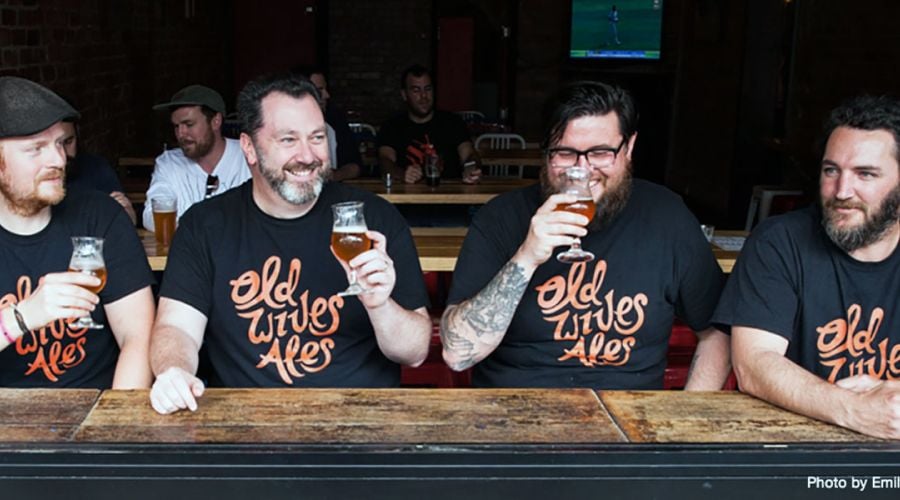