There’s little doubt India pale ales are enjoying a level of popularity previously unseen in Australian craft beer. While such beers may be some way short of their dominance in the US, where IPAs make up around 30 percent of a much larger craft beer market, they are increasingly becoming a go to choice for Australian beer lovers. Last week's GABS Hottest 100 was dominated by hoppy pales and IPAs – 69 of the top 100, no less.

One person counting on Australia’s love for such beers continuing is Casey Wagner, the man behind Westside Ale Works. While the brewery’s South Melbourne location technically places it west of the CBD, its name instead stems from a desire to champion those lean, hop forward beers for which the West Coast of America is known.

Hailing from Seattle, 36-year-old Casey is young enough to have always been surrounded by craft breweries. So embedded in craft beer is Casey’s life that he spent his 21st birthday at Redhook Brewery, one of the Pacific Northwest’s craft trailblazers.

“There’s been a great craft beer scene in Seattle for a while,” Casey says. “The likes of Redhook have been real pioneers out there. It means that for me I pretty much grew up around craft beer.”

While spending your 21st at a brewery is a fairly surefire way to pick up a lifelong love for beer, it was when he moved to southern California that Casey became a devotee of big, hoppy beers. Southern California’s San Diego County is an area world renowned for its IPAs, with the likes of Ballast Point and Green Flash calling the area home.

Having started homebrewing after “accidently” winning a homebrew kit off an online competition, Casey has spent the last decade brewing his own variations of West Coast style beer. And, when he and his young family decided to move to Australia in 2013, he quickly recognised that Melbournians had fallen for beer just like his homeland.

“When I first moved to Australia, I saw how craft beer was really starting to take off here and becoming increasingly popular," he says.

“I also noticed that people were getting more into their IPAs and double IPAs. So the wheels started turning in my head and I wanted to see if I could get a small brewery up and running.

“My idea was just to have fresh beer with easy access for the people of South Melbourne, Port Melbourne and the CBD. So many breweries in Melbourne are in the outskirts and I wanted to have a close option for people who live in the city.”

Thus, located less than 3km from Melbourne’s CBD, with multiple tram stops nearby, Westside Ale Works is easily one of the city’s most accessible breweries. It’s also one of Melbourne’s smallest.

Using a large Braumeister system – a setup similar to those used by plenty of homebrewers – Casey brews 400 litre batches the same way he always has.

“I really wanted to be able to make my style of beer and not have to answer to shareholders or a group of partners,” Casey says.

“I just want to keep it fresh and not compromise on the ingredients. If I want to use an expensive hop because I think it tastes good in that style of beer, then I can. It’s easy to do when you are a small place brewing small batches of beer.”

The other benefit of running a small operation is that there’s no need to really worry about supply chains or trying to get access to taps in an increasingly competitive marketplace. Almost all of Westside’s beer is sold at the brewery itself, with the only other sales being made up of hand-filled longnecks, most of which are delivered by Casey within 5km of the brewery.

As the craft beer landscape becomes ever more saturated, it’s not hard to see the benefits of such a small operation. By allowing customers the chance to buy beer from the person who made it (and drink it right next to where it’s made), Casey has the chance to connect with his customers, encouraging them to understand how important freshness is when it comes to the vast majority of beers, particularly his favoured hop forward styles.

“As the consumer gets more educated about quality beer, they will better understand what small breweries are about," he says, "and if breweries keep working harder to keep beer fresh from start to finish, then things can definitely keep growing. Hopefully, one day it will be as big here as it is in the US."

He adds: “In the early days of craft beer in America, things did take some time to get going. A lot of that was because distribution was so hard; the big breweries controlled so much of the distribution and shelf space in the grocery stores.

“It took a while for craft breweries to get united and they had to work hard to get their brands out there in front of people. But, once that happened, a lot of those doors broke down for them and craft beer really took off.”

Westside Ale Works is at 23 to 25 Alfred Street, South Melbourne. 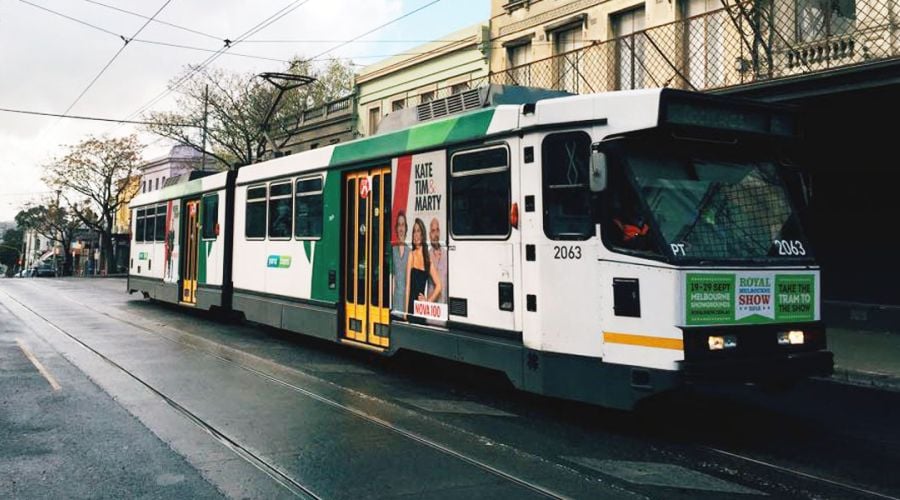