A PoO Crawl may sound like the sort of thing anyone with a modicum of self respect may want to avoid. Yet it's something that's been a part of Good Beer Week since 2012, after some beer loving wags noticed that Pint of Origin lent itself to the acronym PoO and that crawling between the PoO venues was a fine way to spend a day.

This year, as Pint of Origin – aka #PoO17 – returns to Good Beer Week, we've decided to make PoO Crawling as easy as possible. In keeping with The Crafty Pint and Good Beer Week's shared ethos of trying to take craft beer to an ever wider audience, we've spread PoO further north and south than ever before, bringing new venues into the mix while also returning to plenty of old favourites.

For newcomers to the concept, it's simple: venues become host to a state or region of the world for the week, showcasing beers and brewers from their chosen place across their taps, hosting suitably themed events and allowing locals and Good Beer Week tourists alike to take themselves around many of Melbourne's best venues sampling beers they may never have seen before.

Given the great spread of venues, we decided to create three Crawls: North, South and East for which we've created downloadable maps for you to keep on your phone or print out and pop in your pockets to help you get between the venues in each.

Other things to look out for include:

You can embark on these crawls in any direction – and feel free to grab cabs or public transport if the weather or distance is against you – but here's what we suggest in the East.

After showcasing Canada in 2016, Beer DeLuxe Hawthorn returns rather closer to home for Good Beer Week 2017. The Hawthorn venue is turning over a selection of its taps to brewers from ACT. It wasn't too long ago that you'd only find a couple of breweries operating there. Now, you'll be able to get your hands on beers from the likes of BentSpoke, Capital Brewing Co, Pact Beer, Wig & Pen and Zierholz throughout Good Beer Week.

Meet the Brewers: Pact Beer is hosting a pre-GBW shout at 6pm on May 12 then returning on May 17. Look out for BentSpoke too, with head brewer Richard Watkins looking to call in at midday on May 20.

The Royston's love affair with the beers and brewers of WA continues. The classic Melbourne corner pub was one of the first in Australia to get behind local craft breweries and continues to do so across well over a dozen taps today. Throughout Good Beer Week, you'll find the widest array of WA brewers seen in Melbourne and be able to get involved in a Sunday session, pool comps, brewer shouts and more.

Meet the Brewers: There will be WA brewers there at various times in the week. We'll be there with Innate Brewers late arvo on Thursday (May 19)

Last year, the hidden gem that is The Cherry Tree took on the mantle of Regional Victoria in the first year that we'd split Victoria into Melbourne and the rest brewery wise. Would it work? One huge week later, the answer was a resounding "YES!". Some of the breweries first tapped at the pub that week make regular appearances there now and it helped draw even more punters to the home of the team (and spirit) that once inhabited the GB up the road. Expect another huge GBW featuring a diverse array of beers, brewers and events, including From Home Brewer to Pro Brewer and The Brewin' Transfer.

Brewer Shout: Pencil in 5pm on Monday, May 15, when The Crafty Pint will be there with Ben from Watts River, Chris from Sailors Grave and maybe others too.

Cabal Bonus: We've got eight tickets to give away to Cabal members for From Home Brewer to Pro Brewer that we're hosting on the Monday night. Log in here to enter or to sign up – competition closes May 8.

After doing a sterling job two years running as the home of Europe, the reborn Foresters Pub & Dining has taken on the equally juicy challenge of showcasing our friends from across The Ditch. They've got Meet the Brewers galore, a spot of Brewer Speed Dating, a 24-tap Garage Project takeover and have even invited some of the best bar owners from Wellington to come and take over the joint on May 19.

Crafty Cabal Offer: 25% off all bottles

NB Foresters is open until "very late" throughout GBW so you may want to make this your last port of call. As such, it also opens at 4pm some days too.

The Rainbow in Fitzroy is a bona fide Pint of Origin legend, home to brewers from New South Wales since the very first PoO in 2012. These days it's home mainly to Sydney's brewers (plus a few longstanding old friends from regional areas) after we split NSW into two like Victoria due to the huge number of brewing companies in each state. Good Beer Week is always a ripper at the Rainbow, with live music, rapidly rotating taps and the regularly sold out annual Beergustation – complete with comedian as host.

Meet the Brewers: Brewers will be in the bar from 6pm on May 19

Look out for two more PoO Crawl features in the coming days – and check out the new Crafty Recommends enhanced map to find more good beer action while on your Crawls. 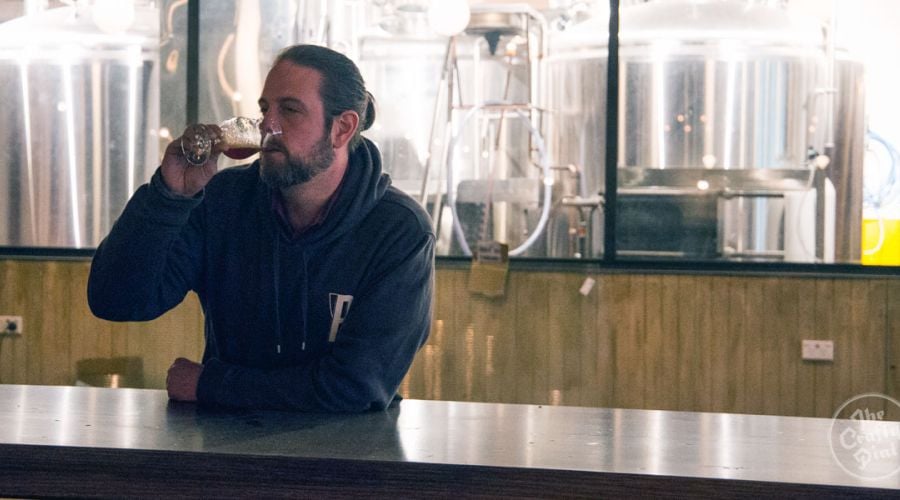