There probably aren’t too many brewpubs whose directions include a mosque, but these are the directions I have. When I get out of the Metro, I’m told I should look for a minaret poking up into the sky and turn left.

The instructions are set to lead me to Bosphorus Brewing Company, one of the few craft breweries in Istanbul. In this city of 15 million, craft beers are few and far between. In Turkey, beer is having a hard time of it, and there’s awfully little encouragement for small brewers to ply their trade.

Istanbul is a fascinating city, with lively neighbourhoods, energetic cultural exchanges, an endless vortex of history and a beautiful sea in its centre. But the current government, which has gradually enforced its conservative agenda over the last decade, has made the already difficult career of craft brewing even harder.

Returning to the Bosphorus brewpub brings back some nostalgic memories. I actually spent a birthday here, four years ago. On that night I had sipped on a Karbon Stout, a very good version of the style (and a fine birthday treat). Huseyin Öztürk, head brewer at Bosphorus (pictured at top), swiftly informs me that it’s no longer on tap. Had I showed up a few months earlier, there would have been none of the brewpub's own beers on tap.

Beer brands can’t be advertised in any way: even the big breweries have had their names erased from bar frontages, and alcohol-related social media is blocked around the country. Taxes are disproportionately high (including beer imports, raising international craft beer prices to unaffordable prices for most). And, for a time, serving beer on the same premises in which it was brewed became illegal – hence why Huseyin was on hiatus shortly before I arrived.

Thankfully for brewers, a court case has allowed them to brew in their own venues again. Which is just as well as the brewing setup at Bosphorus is very much on the same premises. The two main brewing vessels are squeezed in right behind the bar, with fermenters and conditioning tanks upstairs.

I join Huseyin on brew day. It’s a tight fit. The assistant brewer’s child runs around; I am roped in to help. But it’s a lot of fun and, while the wort is boiling, we retire for a traditional Turkish brekkie.

Istanbul’s other craft brewery is The Populist, a hyper-stylish brewpub that has the backing of a major Turkish corporate conglomerate, as well as two hands on private investors. It is located in the former brewery of Bomonti, a beer brand you’ll still find in Turkey (but, these days, owned by a larger beverage company). It’s been renovated and decorated by a Barcelona-based design firm and is part of a fashionable quadrangle often visited by live music and other events.

Having just celebrated its first year anniversary, the team was lucky, as brewer Jan-Hendrich Koch explains.

“The investors could see this coming,” he says, referring to the political hostility. So they put their brewery under a different name at a different address – in a building entirely adjacent to the Populist bar, with a glass wall in between so that it is visible behind the bar. There is a door between the brewery and the bar: as long as the door remains closed, it’s legal.

No alcohol manufacturers in Turkey can promote their wares online, with even the biggest booze brands blocked on Twitter. Instead, these places advertise their food menus, but there is little mention of the beer varieties available. Glasses and coasters are about the only things they can use to promote their beer brands, other than the rumour of brewing in their name – and word of mouth.

Jan (pictured above) is a merry 39-year-old from close to Hamburg who has spent more than half his life as a vagabond brewer, having brewed in Germany, England, Russia and now Turkey. He is garrulous and generous as he shows off all 12 taps, as well as a couple of beers in the fermenters – and a couple of second and third samples, just to be sure. He acknowledges that Turkey is a weird place to wind up brewing but, at least most of the time, he loves it.

Both brewers recognise that their best-selling beers are not their favourites: the Turkish palate, they suggest, will take time to adjust to certain styles. Jan’s mocha stout is moving slowly from the Populist taps; so too is his Belgian Turkish wheat, a witbier flavoured with anise in homage to the famous local spirit rakı. But when the Belgian style dark ale he brewed at 8.3 percent ABV sold unusually quickly, his investors told him that’s what Turkish punters wanted. High alcohol, that is.

On brew day at Bosphorus, another 1,000 litres of Istanbul Pale Ale was on the cards, brewed with Greek malt and a moderate dose of West Coast hops. As a side project, Huseyin is working with an archaeologist on a beer brewed from the “first wheat in the world”, an eastern Turkish ancestral varietal. He has an impressive collection of dried herbs available for use in the brewing process and, as with Jan’s rakı-style brew, Turkey is a source of experimental opportunities for brewers whose depths haven’t come close to being plumbed.

Hops are also grown in a western Turkey province: the pretty Turkish name for hop is şerbetçiotu, a reference to their use as a bittering influence on the sweet sherbet drinks of the Ottoman Empire.

Craft beer isn’t restricted to Istanbul: a handful of others are brewing around the country. The indefatigable Sibel Açikgöz is owner-brewer for Pera Brewing, producing their beer a couple of hours on a bus from city in the agricultural hub of Çerkezköy (go on, have a crack at pronouncing it). Further south is the highly regarded Kara Kuzu, whose bottles of IPA, Blonde Ale and Amber Ale are found in various alcohol stores. Further south in Antalya, Görkem Kutlu brews for Red Tower Brewery. There is talk of a brewery in the tourist hub of Bodrum too.

These champions of craft beer in Turkey have a common spunk and an earnest love of good beer. If there is a sense of frustration at the official stance against brewing, there seems to be an equal resilience to overcome it. Beer won’t likely be banned in the country any time soon, but beer culture is suffering dramatically from the current policies.

Of course, as its politics continue to become nastier and more nationalistic, the issue around beer is close to the least of this country’s worries. On the other hand, it proves to be symbolic of the mood of censorship here. The challenges facing Turkish craft brewers are very foreign to beer lovers in Australia.

Places to go in Instabul

Check out other travel articles on Crafty. 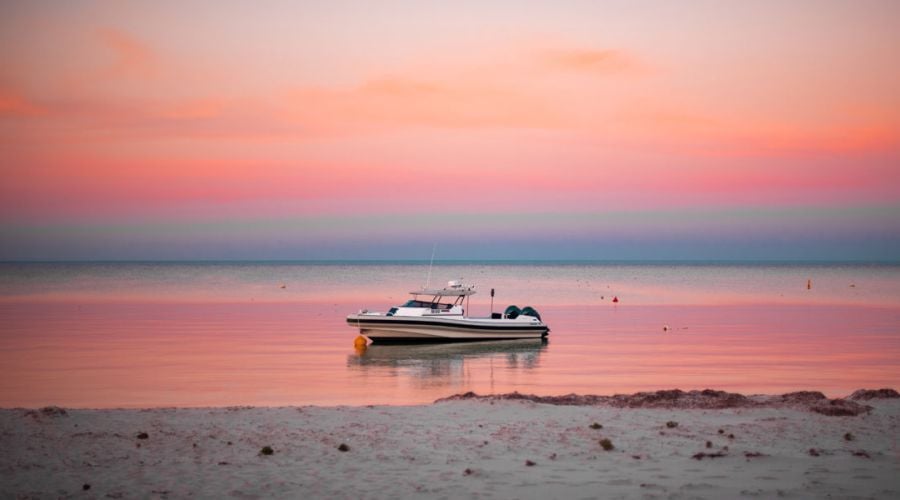