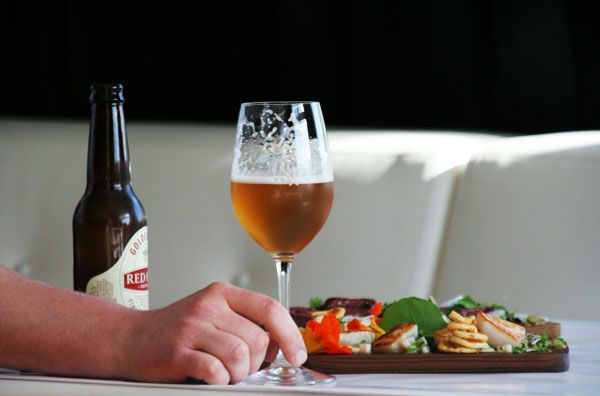 Got Any Cask Wine?

Let’s be honest. Who hasn’t been to a restaurant for dinner, perused a menu that gets your taste buds tingling, cast your eye over an exquisitely curated wine list, then turned to the beers only to be overcome by disappointment? Or should that read “only to have your suspicions confirmed”?

As the quality and choice of beer on offer in Australia becomes ever greater, it’s one of the biggest remaining anomalies: the pairing of superb wines with beers that are ordinary at best. If the situation was flipped on its head, it would be like pulling up a chair at a table in a hatted restaurant with a beer list featuring a selection of the best Aussie micros alongside offerings from Mikkeller, St Bernadus, Hitachino, Ballast Point and Weihenstephan and a wine list consisting of the full range of Stanley casks and a couple of Banrock Station 2l boxes for anyone who fancies “something a little special”.

Thankfully, there are some standout exceptions, including a few on this site:

The Courthouse Hotel in North Melbourne has always offered craft beer alongside excellent wines and food since opening in its current guise almost a decade ago.

At Josie Bones, the food is designed with beer in mind.

And Breakfast & Beer in Daylesford is an unexpected treat in the Victorian countryside: fantastic food served in a tiny rustic venue with a fridge stocked with everything from local micros to Cantillon’s lambics. 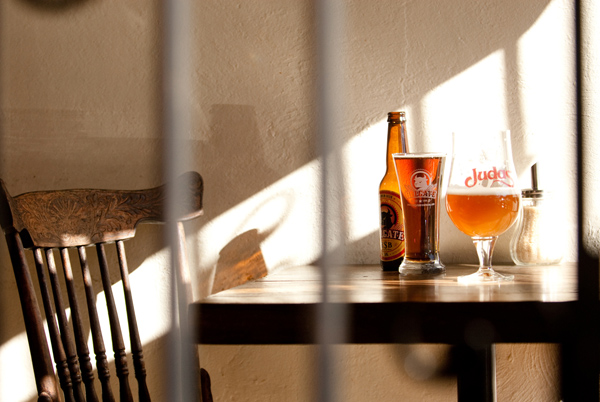 Breakfast and Beer in Daylesford

Elsewhere, the Royal Mail in Dunkeld even cheekily includes a section on its beer list entitled “Falsies” – beers that appear to be imports until you read the label are realise they’re brewed under license in Australia and, in all likelihood, bear no resemblance to the beer they’re supposed to be â while Scales & Ales, a classy fish restaurant in Brisbane, has an exquisite beer list to accompany such dishes as beer-steamed mussels. Yet they remain few and far between.

So, given the discussions this anomaly throws up so often in beery circles, we thought we’d try something new and throw open the challenge to you, our dear Crafty readers, to highlight those restauranteurs whose eyes are open to what is happening with beer and the possibilities of either cooking with it or pairing it with food. We’ve got enough on our plate already (sorry…!) and thought you might appreciate the chance to get involved. However, we don’t just want a list of names thrown our way; just as Crafty puts the effort in on your behalf, we thought we’d be cheeky and ask for a little in return.

So, here’s what we’re thinking…

If you’ve got a restaurant in mind, we want details – not just of the restaurant, but what’s on the beer list and how, if at all, beer is made a feature of the experience there.

We’d also like a copy of the beer list (if available from the venue) or a photo of it. Either send the info and photos to crafty@craftypint.com or post them on the Crafty Pint Facebook page and we’ll see if other people agree with your proposals. [Update – Photo album now up and running here]

Remember, we’re not looking to name and shame those that are dragging their heels – for one thing, we’d be here forever – but to highlight those that are lighting the way. Also, we’re not looking for pubs or bars with good beer and food, but actual restaurants who are making the effort. Hopefully, down the line, a venture such as this might play a small part in encouraging others to follow suit; at the very least it should make your dining options a little easier.

So, are you up for it? If so, we’re looking for the best – not someone with a couple of token micros and Chimay Blue stubbies – but those who are really taking good beer to their hearts. We look forward to hearing from you!